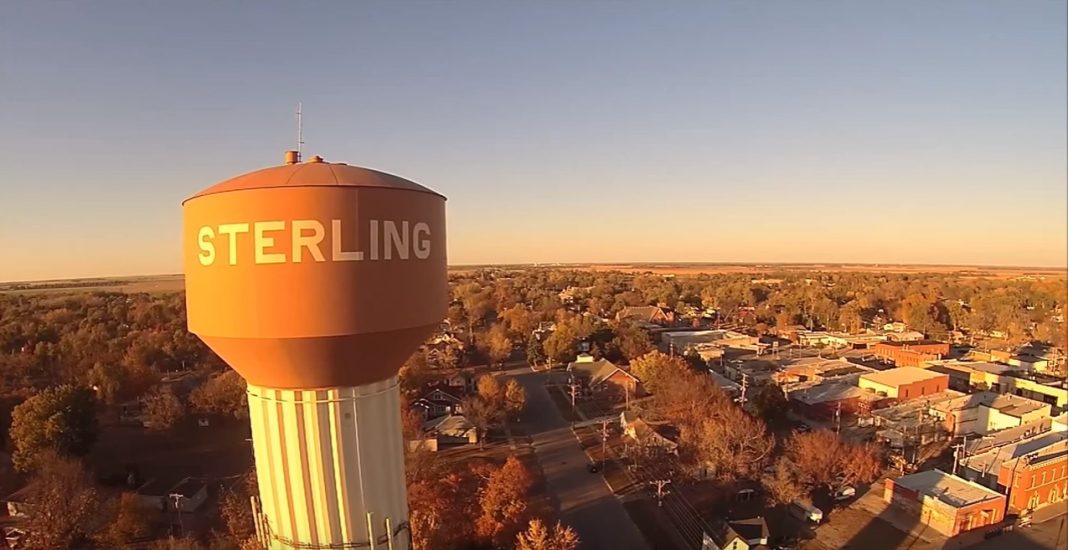 A week ago I was able to organize a small group of friends to attend a fine, relatively intimate event at Sterling College, a small Christian liberal arts college in Kansas (much like my own). The event, titled “Virtues of Place: Wendell Berry and Rural Kansas” was really two events, but I just want to talk about the first, a panel discussion with Front Porch Republic’s website guru Jeff Bilbro and his friend and colleague Jack Baker–who have together written a fine book on education and Berry’s thought–along with Aubrey Streit Krug, the Director of Ecosphere Studies at The Land Institute in Salina, KS. Many ideas came up in that discussion; let me focus on one of them.

The panel was a guided discussion about what it means to pursue “placeness”–that is, to develop a truly sustainable attachment to and affection for the social, economic, and culture characteristics of where one lives, works, and builds one’s family or community–in small rural towns, where the extractive farming economy of the past half-century has led to consolidation and de-population in equal measure. While the panelists had thoughtful things to say about the sorts of narratives we need to share to prioritize the value of finding worth in one’s own situation, rather than always seeking another, they never could entirely extract themselves from the economic. After all, it is one thing to hold to Wendell Berry’s call to be a “sticker,” to learn to inhabit and love one’s own place, as he laid it out in his 2012 Jefferson Lecture, when one’s place is sufficiently connected or culturally rich  or filled with employment opportunities, so as be able to withstand the effects which distant corporate or governmental centralization might have on one’s livelihood. But what about Sterling? A population of a little over 2000, a median income below both the American and the Kansas average, a poor farming town, with the only non-agricultural employer of any size (besides Sterling College itself) being Jacam Chemical, a chemical manufacturer which started in Sterling in 1982 but relocated its headquarters to the comparative metropolis of Wichita (metro area population: 645,000), more than an hour away, decades ago? What can Berry’s ideas teach to such a community about sustainability?

Jeff was pretty frank in his comments, when pushed to the point. As important as reframing our understanding of place may be–especially for young people and college students!–it is admittedly simply difficult to think about the virtues of place in Sterling, or thousands of other small rural communities spread across the country, when the very real financial constraints which the people who want to live in such places confront on a daily basis are not being addressed. (The fact that the heartfelt efforts of numerous rural Republicans and Democrats across the state to once again attempt to get the Republican leadership in Topeka to allow a vote of Medicaid expansion, which medical workers and a hospital administrators in Kansas are nearly unanimous in praying for as the best option for keeping health care available in isolated, rural communities like Sterling, went down once more to defeat the same week as this symposium, probably should have received some comment, but it didn’t.) Jeff emphasized that he didn’t think at all that material variables were the only or even the most important ones when it comes to being able to build attachments to a place–but they probably are, at the very least, necessary ones.

In thinking about that necessary work, I couldn’t help but think about a former student of mine who came up to Sterling with us: Nick Pohlenz, a man who has studied theology and philosophy and how to brew beer, and now makes his living running a sawmill. I had him come to speak to one of my classes once about his experiences, and on the drive from Wichita to Sterling, he talked about what his own work–specifically, strengthening his small mill’s ability to productively reach into those regional niches where the sort of wood they can most profitably cut and process (black walnut in particular) is available in batches which they can buy, transport, and handle–can provide to a small town like Sterling. Black walnut, and regional trees like Osage orange trees and the like, are primarily found in river bottoms or other low-lying areas–areas which many farmers, seeking to level their land so as to take advantage of the economies of scale which industrial agriculture presumes, will often plow under, burn out, or just cut and leave in massive brush piles. Major milling operations, looking to sell lumber to China or other distant locales, will be quick to spot large stands of such timber, and major farming operations will similarly be quick to calculate into their offers to buy up neighboring farms such possible profits. But what about small or mid-sized farms, particularly those owned by families or individuals that would really rather hold on to their parents’ or grandparents’ or great-grandparents’ farm, even if they have to work other jobs in the area (or commute all the way to nearest city of any size) to supplement their income sufficient to pay the bills? To paraphrase, as close as I can remember, Nick’s comment as we drove into Sterling:

Over the past couple of years, this has become a crucial win-win for us: to come into these small rural farming [or, I would add, post-farming] communities, and get to the local landowners, and offer to buy and clear out a small stand of timber on their property. If we’re just talking about a typical isolated patch in a bottom area, we’d only be looking at a few thousand dollars. A big farming operation wouldn’t bother listening to us; to them, $3000 is an insurance payment on their combine. They’ll just plow it under. But how often do you think some of these local landowners have seen a couple of thousand dollars? Not often enough! They’ll take it, and we’ll take the wood, which will be more than enough to us to mill or woodwork enough product to satisfy our local clientele for some time. Bringing our business to these small towns is essential to our whole operation.

To think both practically as well as politically about what Nick’s experience with Elderslie Woodworks suggests, I think we can see several factors at work. America’s small farming towns and the food producers that try to keep them functioning, to ever escape total domination (and thus, probably, eventually, total automation), need small-scale enterprises that can productively bring wealth into their places. The businesses must be small-scaled for a very practical reason: those businesses which are scaled to take advantage of the global flows of capital which exist today simply won’t be able to profitably approach locaql operators who prefer to resist large-scale transformations–like, say, refusing to simply sell or consolidate their whole 40 acre or 400 acre plot. (Interestingly, one critical voice at the panel discussion was a local farmer who proudly defended her ability to be able to run a successful 4000-acre soybean operation, without, to her mind, any of the “placelessness” which the panel was addressing. It’s fair to hear her challenges, of course–but it’s also worth asking her, and thousands of other farmers who have accepted the gospel of “get big or get out” for decades, why she felt it so important to insist that we have “progressed” beyond the supposedly dangerous dream of a financially viable farm operating on a mere 50-acre plot.)

There is also a political reality here as well–defending mid-sized regional cities, ones large enough to develop enough specialized wealth so as to make local artisan work actually profitable, but also not so large as to crowd out the ability of small businesses to fit within their operating expenses outreach to and work within the small communities that exist within the regional cities orbit. True, certain sorts of small businesses have been able to maintain ties with small rural towns and the resources they offer even in the midst of huge urban agglomerations–but not many, and even fewer that actually make use of what those small rural towns can offer from out of their natural resources. And that, of course, takes us back to the whole theme of the symposium. For as the second event of the day, an evening presentation by Jeff and Jack about their argument for rethinking the university along the lines of “place-ness,” made very clear: however specialized or abstract any of our work or our thinking may become, there is simply no superior alternative for building up the virtue of affection for a way and a place of life than involving oneself in the ground one walks upon: farming it, planting gardens in it, recognizing its needs and enjoying its health.

It is an interesting reality that in a market economy that has moved beyond mere subsistence, it may well be that continuing to make possible the rural small town depends upon those small towns being in a relationship with a wealth generating urban center. But then, perhaps it has always been that way? Perhaps the idea that the rural farmland wasn’t a relational (and thus somewhat restricting) necessity to local urban space, but rather was purely a natural (and thus extractable) resource that any urban place–the bigger the better!–anywhere in the world could make use was just an aberrant thought, one which global capitalism and cheap oil made us believe? Well, however one construes it, keeping in mind that rebuilding a sense of place will probably also mean rebuilding a sense of mutual obligation between different types of places is an important lesson, I think. I am grateful for Sterling College and my friends for helping me to see it this week.

The Dignity of Craft: In Praise of Mortise & Tenon