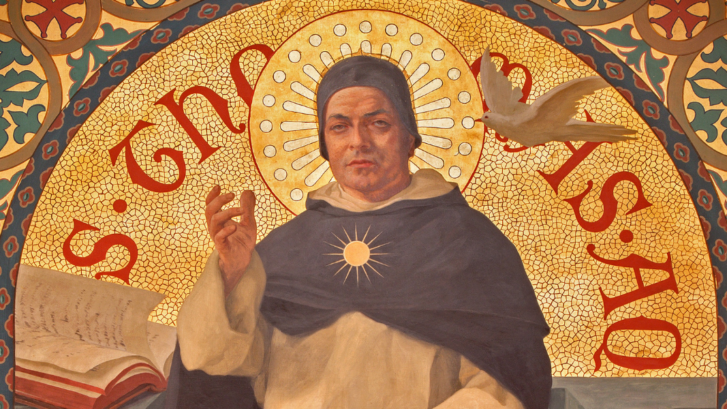 In his foreword to Kenneth Barnes’s Redeeming Capitalism, Miroslav Volf observes that Barnes’s argument in favor of reforming, rather than rejecting, capitalism rests in large part on the assumption that “no economic system today represents a better, workable alternative to capitalism.” This is not to say “a better alternative to capitalism cannot be imagined”—rather, capitalism is so entrenched in our world today that any attempt to replace it “would require something like a worldwide revolution and therefore cause more harm than good” (ix–x).

If we grant this point, it follows that we should live within capitalism in a way that seeks to eliminate (or at least alleviate) its worst excesses and associated ills, even if it might be the case that another economic system would theoretically serve us better. In addition to Barnes’s work in this vein, a more recent attempt to constructively critique capitalism is Mary L. Hirschfeld’s Aquinas and the Market: Toward a Humane Economy.

Hirschfeld, like Barnes, believes capitalism should not be abandoned entirely, as capitalism “is too complex to be either embraced or rejected whole-heartedly” (18). But whereas Barnes seems to think the main problem with capitalism is the “recklessness and greed” that usually result when the virtues are not cultivated and practiced in our economic life (181), Hirschfeld argues that the very economic theory on which modern capitalism is based contains embedded assumptions that are passed off as simply the way things are. As she puts it, “Economics is not value neutral. Mainstream economics is tacitly grounded in its own metaphysics” (xviii).

Specifically, Hirschfeld criticizes the rational choice theory that lies at the heart of mainstream economics, which holds that “individuals efficiently allocate their scarce resources (mostly income and time) to acquire the most desirable bundle of goods available to them” (viii). This idea might sound innocuous on its own, but according to Hirschfeld it is typically accompanied by other assumptions, chief among them that “human desire for finite goods (understood not merely as material goods but as any string of goods or experiences one may pursue in life) is infinite” (30).

As Hirschfeld goes on to argue, though, this and other assumptions made under rational choice theory are contrary to the Christian (more precisely, Thomist) conception of the good life. Aquinas, she says, taught that happiness consists in the “perfection of our beings,” which in turn consists in the cultivation of virtue that allows us to be the kind of creatures God made us to be (68, 94-95). Material goods are good only insofar as they serve us in striving for this end, and, crucially, “Because our physical needs (including our need for implements to carry out our various activities) are finite, our rational desire for natural wealth [i.e., material goods like food, shelter, and clothing] is also finite” (97, 120).

After laying this groundwork, Hirschfeld spends the rest of the book discussing what a Thomistic account of economics might look like and how it can incorporate the insights of mainstream economics without also accepting its false assumptions. The range of economic topics she explores—including money, the financial sector, private property, and just wages, among others—and the depth of engagement she displays in considering both economics and theology together have not been fully captured here, but the overall gist of her project should be evident.

The great value of this book lies not only in its account of a Thomistic economics, but also in its reminder that mainstream economics, like any other secular field, does not operate in some neutral realm, and as such we should not too readily accept its account of reality as unanswerably objective. For example, if we as Christians consider in the abstract the question, “Does happiness consist in the continual acquisition of material goods,” it is easy to see the answer is no. But as Hirschfeld points out, mainstream economics implicitly affirms the opposite—“Scarcity is inevitable because human desires are infinite while our resources are finite”—so matter-of-factly that we can find ourselves nodding along in agreement without even realizing the implications (63). Hirschfeld’s assessment of what we as Christians should and should not accept in mainstream economics, informed by her training in both economics and theology, is thus a most welcome resource.

That being said, the question of how to apply Hirschfeld’s ideas about a humane economy is a difficult one. While she grants that the primary audience for her book is Christian theologians and Christian economists, she also expresses the hope that secular audiences will benefit from her account of a humane economy as well, since “much of this account draws on Aristotle, who requires no theological commitment,” and therefore “the core insights remain available to all” (xvii).

Yet even if many (perhaps most) of the truths presented in her account of a Thomistic economics can theoretically be known via reason rather than special revelation, I continue to doubt that most people of our age—including government officials, corporate heads, and private individuals—are amenable to rational persuasion on such matters. As Hirschfeld herself notes, “Policy makers who need to be reelected (or to have the officials who appointed them reelected) will always have an incentive to implement policies that are beneficial in the short run even if they are poor policies when judged from a long-run perspective” (207).

Rather than hope that anything approaching a Christian economics will be implemented on a societal scale anytime soon, I believe a more promising means of applying Hirschfeld’s ideas—or for that matter, any proposals for making our economic lives more Christian—is the model of “household economics” suggested by Patrick Deneen in Why Liberalism Failed. As the name implies, the goal would be to “transform the household into a small economy,” wherein “the ability to do and make things for oneself—to provision one’s own household through the work of one’s own and one’s children’s hands—should be prized above consumption and waste” (193).

If networks of household economies—“in which friendships, places, and histories are relevant considerations in economic transactions”—were to commit themselves to the kind of Christian economics proposed by Hirschfeld and like-minded others, then these household economies could, if nothing else, elevate the lives of those participating in them by orienting them more toward God (194). Perhaps, God willing, such household economies could even attract people in wider society who instinctively sense in them something better than they themselves have.

A mutual commitment to the relevant economic principles would be necessary before either of these outcomes would be possible, but Hirschfeld’s book could be a wonderful aid to making such commitments a reality.