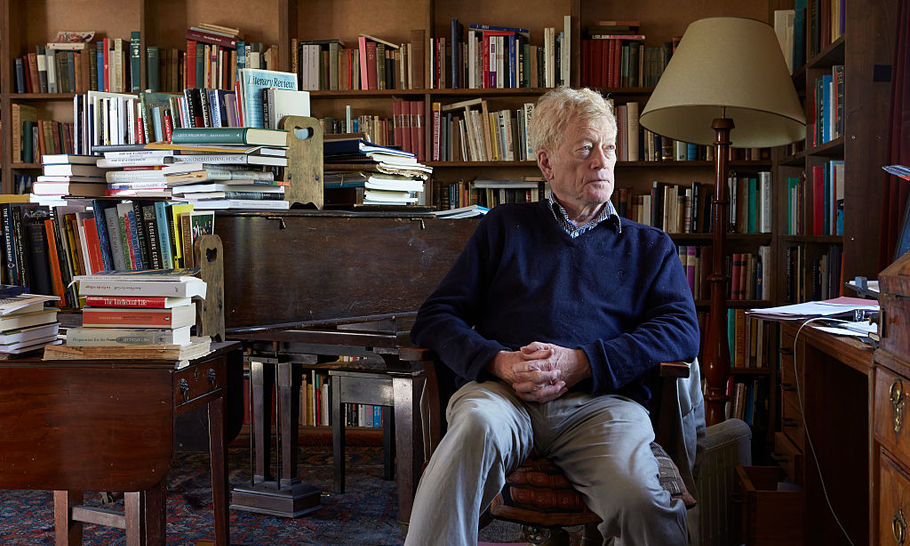 His resume remains intimidating. With MA (philosophy) and PhD (aesthetics) degrees from Cambridge University, he went on to author over 50 books and edit another dozen or so. Subjects ranged over the whole of human experience, from art, music, and architecture to philosophers such as Kant and Spinoza to the politics of immigration and foreign affairs to animal rights and environmentalism to religion generally and Anglicanism specifically to sex (Sexual Desire: A Moral Philosophy of the Erotic). He also wrote a half dozen novels and two operas, founded a magazine in 1982 (The Salisbury Review) which to this day still features [as found on its masthead] “absolutely the wrong opinion on everything,” launched his own publishing house (The Claridge Press), and played an important intellectual and activist role in undermining the communist regime in Czechoslovakia, culminating in his detention, expulsion, and placement on its Index of Undesirable Persons. He was knighted by Queen Elizabeth II in 2016 “for services to philosophy, teaching and public education.”

For Front Porch Republic enthusiasts, though, one matter stands out: he was a Porcher. At the philosophical level, his work included treatises on hunting, “settling” (News from Somewhere), drinking (I Drink Therefore I Am: A Philosopher’s Guide to Wine), smoking, and stewardship of the land (How to Think Seriously About the Planet). At the practical level, he purchased in 1993 Sundey Hill Farm, in Brinkworth, Wiltshire. A determined agrarian, he soon acquired the usual animals, … but also horses for chasing the fox. It was during a meet of the Beaufort Hunt that he encountered Sophie Jeffreys, an architectural historian. Sitting primly and properly on her mount, and dressed in the colors of the Hunt, she bewitched him. They married in 1996 and began householding at Sundey Hill Farm. Children followed: Sam in 1998 (named after Roger’s favorite horse) and Lucy in 2000.

I was privileged to count Roger as a friend. We first met in about 1990 and kept crossing paths in sundry conservative venues. When my eldest daughter spent a year studying at St. Andrews, the Scrutons invited her to celebrate the Christmas holidays with them. She actually witnessed one of Roger’s most agrarian of acts: he made his own headcheese! It was a time when European Union regulations were being imposed on British butchers, to the disgust of the Scrutons. So Roger and my daughter went to a newly illicit village shop and acquired a cow’s head, from which he made a huge block of jellied meat. The chunks of flesh were much larger than usual and the concoction somewhat oilier than expected, yet Roger was proud of it. Being good little agrarians, Sam and Lucy duly ate their father’s masterpiece of illegal home production.

My daughter also gained insights into Roger Scruton, the father. He came to that role in his 50’s, with perhaps a greater than average mixture of joy and mystification over these little beings now in his care. One evening, a storm knocked out the power at Sundey Hill Farm. Sam, then six years old, asked his father where electricity came from. Roger launched into a child-level description of dynamos, magnetic fields, electron flows, and the power grid. The children, my daughter reports, remained scowling and confused until a smile crossed little Lucy’s face. “No,” she told the group sitting around a candle, “it comes from fairies!” After a pause, Father nodded his head: “Of course it does.”

Roger Scruton leaves behind important messages of encouragement to contemporary agrarians. In his edited volume Town and Country, he complains bitterly of efforts to salvage Britain’s “rural heritage” through the house-museums of the National Trust [think Downton Abbey here]. These places, he says, are actually stripped of life; they merely “pickle what is dead.” He calls instead for restoration of a vital sense of local history, where current inhabitants could live in “a dynamic relation across generations.” Rather than preserving a façade of rural life, Roger Scruton wants to “encourage people to dwell in the land, and dwell there fruitfully.”

In what will be one of his last newly published essays, Roger Scruton offers a similar message to Americans. Providing a Preface to the forthcoming Land and Liberty: The Best of FREE AMERICA [edited by yours truly and published by the Wethersfield Institute], Roger embraces the vision of the American agrarians and distributists who produced this journal from 1937 to 1946. As he summarizes: “The real wealth of a country … does not reside in the hectic exchanges on the stock market or the rivers of commodities that flow through every household without belonging there. It resides in local communities, in the work that holds them together, and the deep investment represented by a home, a place and the endowment across generations of human love.”

Sir Roger Scruton, may you Rest In Peace.