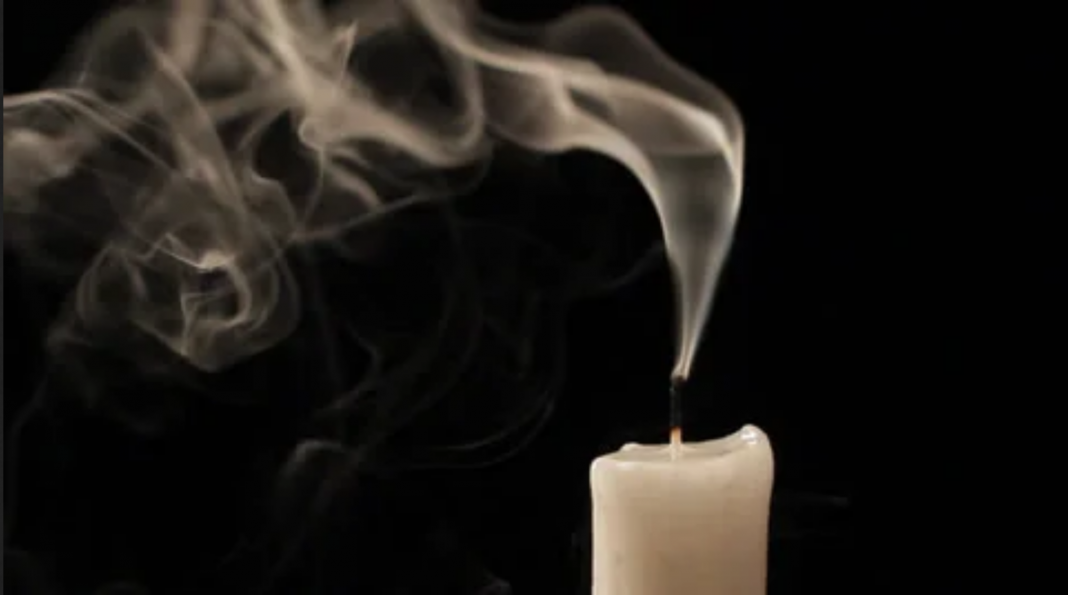 Given enough foresight, of which, alas, he had too little, Lord Byron might have included the travesty of March Sadness in that grim apocalyptic poem of his from 1816 in which he meticulously imagined the dimming of Life into a final nil of chilly darkness.

I like to picture the flame of a single dying candle, sole light in an immense black room, the last pathetic effort that Life puts on offer.  The flame sputters and flickers and recovers itself as if to mock us, and then it sputters and flickers some more just to let us imagine and fear the inescapable horror it portends, and then, forestalling the end no more, at last it goes out, quietly delivering the promised horror, no frozen frame to mark it by, no artsy Fin in elegant script, no scrolling credits.  Experience tells us that a single wisp of smoke should rise from the wick and be gone, but there is no backlight to see it by, and no one sees it.  The wisp disappears before it disappears.  The One Thing that Was is no longer.  “She”—darkness—is “the universe.”

The precipitant for “Darkness” was the eruption in 1815 of Mount Tambora in the Dutch East Indies.  Tambora vomited enough ash in to the atmosphere to block out the sun and alter the weather across much of Europe and North America. Temperatures cooled; crops failed.  It was the Year Without a Summer.  Some have estimated that the death toll reached 90,000.

The accelerant for “Darkness” was an anonymous Italian astronomer and misfortune-teller assured that sunspots presaged the extinction of the sun and the end of all life.  This was the so-called “Bologna Prediction” for July 18, 1816, which obviously wouldn’t be the last Late Great Date of Human Fate that predictors of doom would come up with.  Byron needed little more than a cataclysm and a kook to get him to smile wickedly and go to work.

He seems to have taken delight in heaping up the grim details. To some extent “Darkness” is the flipside of romantic hopefulness:  not only did the Aufklärung make nothing klar.  Darkness defeats liberté; it laughs at egalité and fraternité.  “No love was left; / And all the earth was but one thought—and that was death, / Immediate and inglorious.”  Faith reduces to parody:  a single dog (among many traitorous ones) is pointlessly loyal to a corpse, “licking the hand / Which answered not with a caress.”  Holy things get piled up “for an unholy usage.”  The opaque conventions of old morality plays and allegories seem to stage a come-back:  Mockery and Desolation are now in charge.  There’s a fiend afoot.  His name is Famine.  War gluts himself again.  What would Pliable or Christian say?  It doesn’t matter.

Unlike us, Byron did not live in a post-Christian and therefore post-literate world, and so he had the benefit of having at his elbow a once-well-known tome called the Bible, which he made ample use of.  There are allusions to St. Luke:  “There shall be weeping and gnashing of teeth, when ye shall see Abraham, and Isaac, and Jacob, and all the prophets, in the kingdom of God, and you yourselves thrust out.”  There are allusions to the apocalypse of St. John:  “And I beheld when he had opened the sixth seal, and, lo, there was a great earthquake; and the sun became black as sackcloth of hair, and the moon became as blood.”  There’s a gesture toward the prophet Joel—“The sun shall be turned into darkness, and the moon into blood, before the great and the terrible day of the Lord come”—and another to Ezekiel, his fellow-laborer in that noble vocation:  “And when I shall put thee out, I will cover the heaven, and make the stars thereof dark; I will cover the sun with a cloud, and the moon shall not give her light.”

But those syllables of desolation provide only a few of Byron’s allusions:  The high hills are no longer a refuge for the goats, as in the great psalm of creation, the Benedic, anima mea; the fowls of the air do not sing among the branches.  Rather, vipers are “slain for food”; the birds “flutter on the ground, / And flap their useless wings.”  And in Byron’s phrases that evoke the opening lines of Genesis—“The world was void”; there was “a chaos of hard clay”—we hear a dirge of un-creation, anti-creation.  There is a “selfish prayer for light” even as the divine and primal fiat lux nor sounds nor echoes more.  Not only is this not creatio ex nihilo; it is a devolving from something into meaninglessness.  It is the end of truth and beauty and goodness.  The poem, whether philosophically or dramatically or both, has conceived the end of value as such.  Thus it is that the poet has a dream that is “not all a dream.”

Apparently an abundance of lamb’s ear grew in the area, for Byron neither records nor predicts a mad rush on toilet paper such as you might see while innocently trying to pick up some Coronas to enjoy the basketball you’re not watching.  In “Darkness” “the meagre by the meagre were devoured, / Even dogs assailed their masters” (this from a poet who was a great lover of dogs), but no one’s proktos strained the productive capacities of Procter & Gamble.  When an urban tank packed to the clouds with White Cloud went whizzing by me recently, interrupting my lamentation on The March Without Basketball, or The Year Without March, my son, bringing his laughing fit under control, asked me why people do that.  The question required some thought, so I thought for a minute.  I could have revived Byron’s “selfish prayer for light,” substituting a different object of the preposition, but I realized pretty quickly that “Cottonelle” wouldn’t scan.  (“Selfish prayer for Scott’s” would have answered, I now realize.)  So I said, “You have to remember that the asshole is a species that wishes to perpetuate itself.”

I wouldn’t want to be the infant whose young parents cannot procure a diaper anywhere, for it is my observation that unresourceful people don’t just pull resourcefulness out of the aforementioned aperture whenever they need it.  Nor do I wish anyone any hardship in particular, myself included.  But I’m inclined to believe that both the species and individuals, both mankind in general and you and I in particular, benefit from the occasional reality check—just to remind us of who’s in charge here, which, if not your deity of choice, is Nature herself, who pardons no mistakes and smiles coquettishly at our pretense to mastery.

I only wish that I had thought to paint blood on the lintel and doorposts of the veiled temple where basketball keeps her sacred shrine. Perhaps the Angel of Reality would have passed over it.

It may turn out to be the case that we are all, mystics and materialists alike, merely choosing for ourselves the delusions that seem most comfortable to us.  I myself doubt it, though I can also doubt my doubt when called upon.  But if each of us is merely choosing a phantom palliative, well then there you have it.  Eat, drink, and be selfish.  My younger boy and I tapped the sugar maple out front.  We’re making a rush on syrup.  It’s a way not only of practicing but of choosing resurrection.

Beats hell out of departing for Venus with an androgynous Scandinavian.  Besides, if the sun has gone out, the goddess of love will keep no one’s sterile bum warm at night.

The online “teaching” everyone in my racket is headed toward will have one predictable and unfortunate consequence.  The techno-dupes, together with a great many college students (and their prosaic parents)—I mean the seekers of mere credentials who prefer instruction to education—will triumphantly announce that the traditional classroom has at last been exposed for what it is:  another bodily encumbrance to the gnostic future inevitably awaiting the computer addicts that progress has been benevolently turning us into.  The classroom is officially finished, obsolete.

But what massive online “teaching” will in fact show—to those with eyes to see and ears to hear—is that such “teaching” is teaching only in quotation marks.  The pattern handed down from Plato’s academy has survived for good reason.  If we wish to learn, we must come together, in friendship, as whole persons.  Thus do we pursue the good, the true, and the beautiful—provided our guides have been educated in this manner to do this thing.  If we adopt other means, we pursue other, lesser ends.

The sad news is twofold:  (1) we will have needed a pandemic (or whatever this is) to remind us of this; (2) not even a pandemic (or whatever this is) will get through to the credential-seekers.  If you’ve been to the Uffizi, you will not be impressed by a video tour.  (I do not say “virtual” tour out of respect for the etymology of “virtual.”)  Nor will anyone who has been to the Galleria dell’Accademia allow that a picture of the David is the same thing as the David.

Let this assault on the body teach us something about its importance.

There will be a baby boom around Christmas time and lots of teenaged parents—all for want of parental supervision during the long school-less days.

And also for want of basketball. Let’s not forget what really matters.

Climate Change, Dirty Hands, and the Grace (and Hope) of Limits