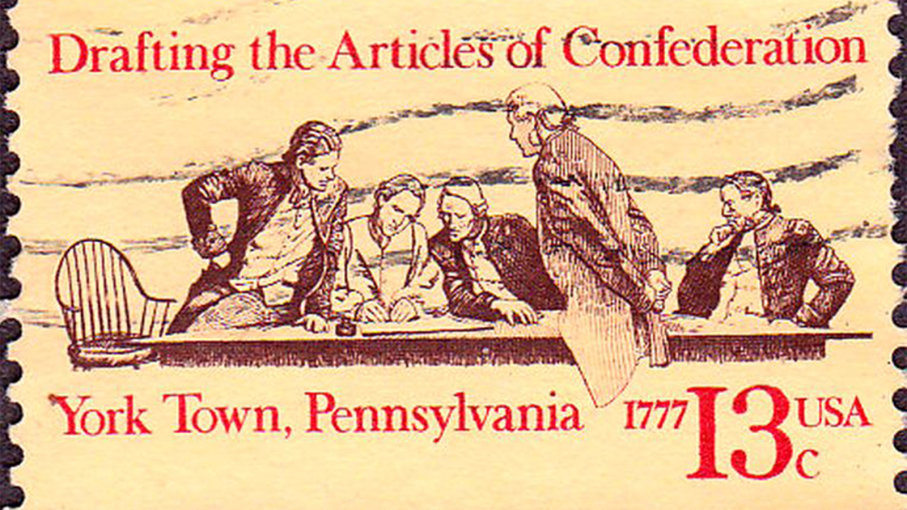 Lubbock, TX. Today is a very important day in American history.  Unfortunately, almost nobody knows it.

On March 1, 1781, the 13 original states ratified the Articles of Confederation, our nation’s first constitution.  The Articles were the governing charter of the United States until the Constitution was ratified in 1789.  Under the Articles, the central government had very few powers.  Acts of Congress required the consent of 9 out of 13 states; amending the Articles required unanimity.  The spirit of the Articles is best summed up in Article II, which specifies the relationship of the several states to the central government: “Each state retains its sovereignty, freedom, and independence, and every power, jurisdiction, and right, which is not by this Confederation expressly delegated to the United States, in Congress assembled.”

Those who know about the eight-year Confederation period think it was chaotic.  They argue that the central government created by the Articles was far too weak.  Congress had to request funds from the states, and the states often didn’t comply.  This meant Congress couldn’t pay down the Revolutionary War debt.  Fortunately, this narrative continues, at the Constitutional Convention in Philadelphia, the delegates scrapped the Articles and wrote the Constitution.  With the balance of power shifted in favor of the central government, the United States was able to pay its debt, regulate commerce among the states, and undertake numerous other projects to advance the general welfare that were impossible under the Articles.

We cannot understand the push to rescind the Articles and ratify the Constitution without engaging the ideological dimension of the struggle.  As a matter of fact, under the Articles, the states were doing a decent job of paying down their portions of the war debt.  Some states even paid interest on the national debt that was owed to their citizens.  The push for fiscal centralization and debt assumption by the central government by men like Alexander Hamilton and Robert Morris was not solely motivated by concerns over the public credit.

In general, the pro-centralization party was dismayed at the democratic and egalitarian consequences of the Revolution.  Too many plebeians were getting elected to state legislatures.  Instead of a decentralized, democratic federation, the centralizers wanted a quasi-aristocratic “empire of liberty,” led by wealthy men of leisure, authorized to build a state that would rival the empires of Europe.  The Constitution, in comparison to the Articles, grants the central government extensive powers to impose taxes, micromanage trade, raise an army and a navy, and otherwise undertake the activities expected of a late-18th century nation aspiring to international greatness.

Viewed this way, the Constitution was an attempt by conservatives to create a fiscal-military state.  Our civic religion trumpets the Constitution as a triumph of freedom.  In reality, as historian Sheldon Richman argues, “it was a counter-revolution, in many ways a reversal of the radical achievement represented by America’s break with the British Empire.”

It is troubling to consider many of today’s national maladies have their roots not in abandoning, but in adhering to, the Constitution.  America is grossly in debt and is becoming more so with each passing day.  We have a behemothic military establishment that often behaves as a law unto itself.  Our financial system, underpinned by an irresponsible central bank, is built to favor Wall Street over Main Street.  All of these problems are related to powers granted to the central government under the Constitution, which were denied under the Articles.

The Articles of Confederation undoubtedly had their problems.  But the spirit of concurrence they embodied is worth celebrating.  To revitalize American public life, we should revisit this period in our nation’s history and pay careful attention to its lessons.

Monarchy and the American Constitution