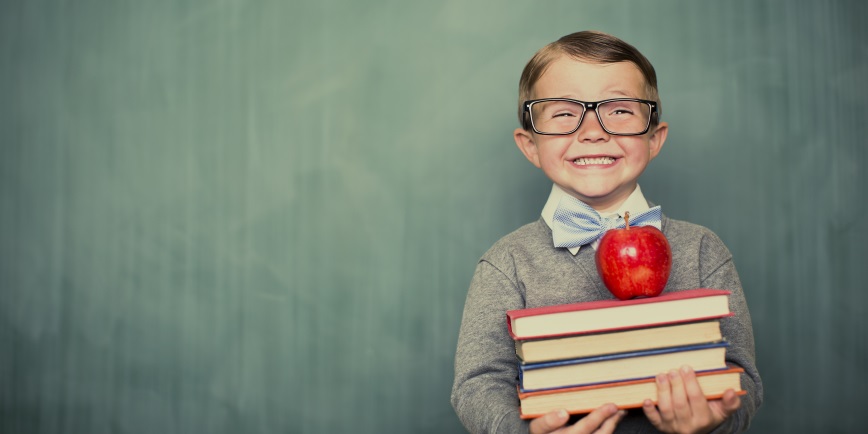 Hillsdale, MI. A recent board meeting produced an epiphany about reactions to state governments’ shelter-in-place orders. When I suggested that we should test the waters with a little defiance of state orders and see if police would enforce the rules in the institution about which we were meeting, another member insisted that we should comply. The response seemed to come from little thought or even amusement at what might be a playful recommendation of defiance or a Keystone Kops response. I recognized it immediately and the penny dropped. It was the reaction I had seen so often in public school classrooms from teacher’s pets: Conformity is always the right course. Rocking the boat is disruptive. Teachers and principals know what’s best.

This was Lisa Simpson, the classic teacher’s pet. Conversely, my suggestion was Bart Simpson’s class clown, the one who at least thinks he sees the folly if not the limits of legitimate authority. All of a sudden I was transported fifty years back in time. Even as I tried then to be a good Protestant boy thanks to not wanting to disappoint godly parents, I had a sense when authority overreached. Principals sometimes tried to show their power and smooth school functions by petty rules that could easily be ignored when no one was watching. And if the person watching was a hall monitor, whether student or volunteer mother, boy did many of us know these were laughable enforcers of order.

Speaking of fifty years of history, the anniversary of the Kent State shootings is an occasion to contrast the pandemic’s Lisas and Barts. At the New Yorker, Jill Lepore reminds readers of the degree to which Americans used to praise protesters:

Students on college campuses had been protesting the war since 1965, beginning with teach-ins at the University of Michigan. By 1970, it had seemed as though U.S. involvement in the war in Vietnam was finally winding down; now, with the news of the invasion of Cambodia, it was winding back up. Nixon, who had campaigned on a promise to restore law and order, warned Americans to brace for protest. “My fellow Americans, we live in an age of anarchy, both abroad and at home,” he said. “Even here in the United States, great universities are being systematically destroyed.”

Nixon’s Cambodia speech led to antiwar protests at hundreds of colleges across the country. Campus leaders called for a National Student Strike. Borrowing from the Black Power movement, they used a black fist as its symbol. The number of campuses involved grew by twenty a day. Most demonstrations were peaceful, but others were violent, even terrifying. In some places, including Kent, students rioted, smashing shop windows, pelting cars, setting fires, and throwing firebombs. In Ohio, the mayor of Kent asked the governor to send in the National Guard.

Nixon hated the student protesters as much in private as he did in public. “You see these bums, you know, blowing up the campuses,” he said the day after the Cambodia speech.

Of course, many Americans disapproved of the protests and supported Nixon’s prosecution of the war. Lepore adds:

For all the talk of tragedy in the nation’s newspapers and magazines, a majority of Americans blamed the students. They’d had it with those protests: the destruction of property, the squandering of an education. Hundreds of thousands of U.S. servicemen were fighting in Vietnam, young people who hadn’t dodged the draft; most of them came from white, blue-collar families. Kent State students were shattering shop windows and burying the Constitution and telling National Guardsmen to go fuck themselves? Four dead in Ohio? Fifty thousand servicemen had already died in Vietnam, and more were dying every day.

The parallels between protests five decades ago against a president and war and today’s protests about state level shelter-in-place rules are rough and perhaps forced. But governors like Michigan’s Gretchen Whitmer (among others) have compared the contest with COVID-19 to a war and asked Michiganders to make similar kinds of sacrifices (not by working in an auto-manufacturing-plant-turned-armaments-manufacturer but by sitting at home and streaming television series). We have, sort of like during the Vietnam War, foreign policy experts informing the public about numbers, curves, outcomes, and the significance of defeating communists. We have some protesters at state capitals who resent government policy at least as an infringement on life, liberty, and the pursuit of happiness. And we have anti-protesters, some of whom do not display bumper stickers, “Love It Or Leave It,” but “Go Home or I’ll Die” (held by people wearing health care apparel).

Fifty years ago, Bart’s suspicion of authority was admirable (though not funny) to many journalists and thought leaders. Today, Lisa’s desire to please political and scientific authorities receives plaudits from many in the media.

It comes in two forms. One is to allege protests against state governments are funded by right-wing wealth. This reporter, in fact, quoted one source who said that the De Vos family was a financial backer of the Lansing protests. The story did not confirm the quotation. More recently, this story linked shelter-in-place protests to an impulse on the Right similar to the Tea Party and the conservative advocacy group, Freedom Works. The journalist reassured readers that this was a fringe movement because most Americans are Lisas:

Most Americans will never shrug off social-distancing guidelines and take to the streets. The protests are unpopular, even among (non-MAGA-hatted) conservatives. But, after speaking with the organizers of multiple Facebook groups, Burghart found that being well-liked by the average citizen is not one of their goals. “It’s not about the public,” Burghart says. “They are laser-focused on moving legislators.” According to Naison, the main power of the “white resentment ethos” that drives events like anti-lockdown protests is to elect. Last week’s events are just a modern permutation of an identity crisis with roots very deep in America’s individualist history.

Imagine writing that about students who protested the Vietnam War or who were beaten by Mayor Daley’s Chicago police force at the 1968 Democratic National Convention. Imagine even listening to the dream team of policy intellectuals who planned and defended the Vietnam War during the Johnson administration and thinking skepticism and protest were simply part of a “white resentment ethos.”

The other way to discount COVID-19 protesters is to shame them as popular author and radio talk show host Mitch Albom recently did:

But the Michigan I know, while entitled to practice its First Amendment rights, doesn’t defy common sense by clustering together during a virus pandemic that can spread itself through someone’s breathing.

The Michigan I know understands that if you catch this disease, no matter how young or old, there’s a chance, as front-line nurses and doctors keep saying, that you’ll walk into an emergency room on your own, and be in intensive care an hour later. And no gun will save you.

The Michigan I know can endure more than a month of inconvenience. We are tougher than that. Sure, we may not like that our golf courses are closed, we can’t put a motorboat in the water, we can’t shop for paint or seeds, and our lawn maintenance companies aren’t supposed to work — all things you could argue we can safely pursue, and you might be right — but we’re also smart enough to see that such things are not the fires of a revolution.

The Michigan I know can read the news. It can see that, despite a president incessantly bragging about how many tests we’ve conducted, we’ve barely tested 1% of the American population. In Michigan, we don’t have anything close to widespread testing. And without widespread testing, you don’t really know what you’re fighting. Or where.

The Michigan I know understands that. It understands if the state were to reopen too soon, we could reignite this virus to the point we just left: people dying in hallways, hospitals overwhelmed, bodies stacked in spare rooms, front-line medical and police forces decimated by infections, and a death rate that grows more horrible by the day.

I wonder if the Michigan Albom knows was so compliant in following the government and its recommendations for stopping the spread of Communism. If you remember the Students for A Democratic Society, the Port Huron Statement, and protests in Ann Arbor during the Vietnam War and Civil Rights movement, you might also remember that America had a lot of Bart Simpsons who were skeptical of and laughed at public officials who instituted highly debatable policies and overreached when trying to justify them.