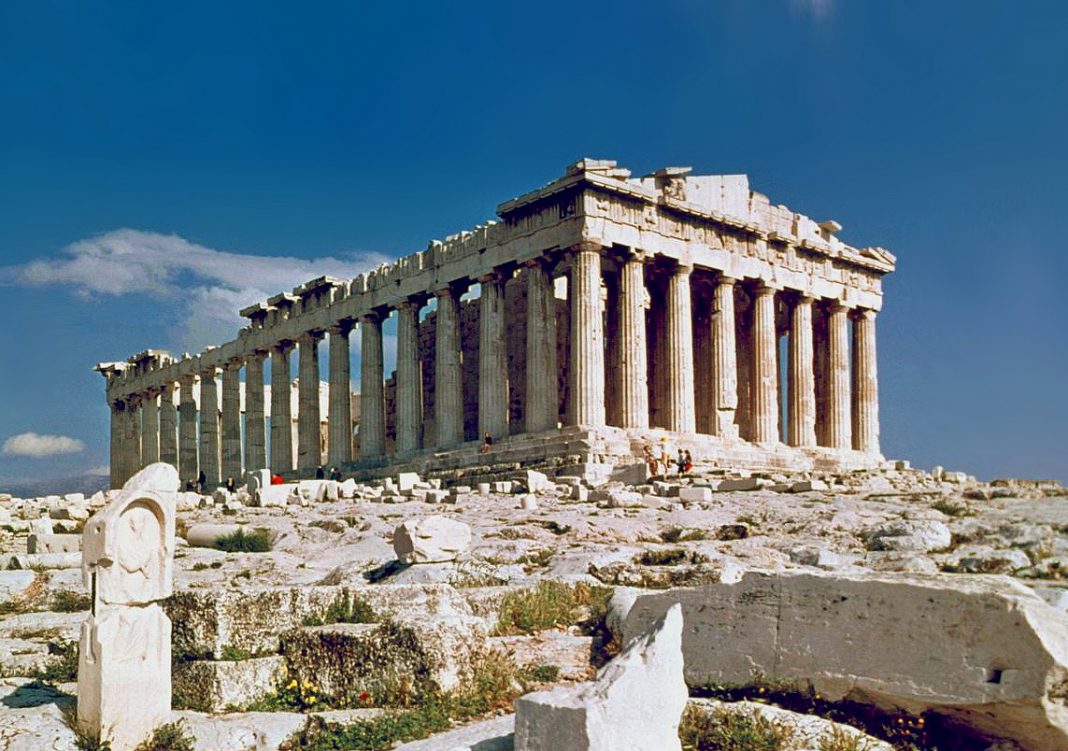 Philadelphia, PA. As anger unites quicker than kindness, political change is spurred by negatives more than positives. We are more likely to hear calls for reform or abolition rather than calls for preservation or building.

In A Time to Build, Yuval Levin wants to guide people away from those negative motivations and toward a renewal of what already exists: our flawed but crucial institutions.

“When I speak of institutions, then, I mean the durable forms of our common life,” Levin writes. “They are the frameworks and structures of what we do together.” Institutions are durable and a mode of association that “organizes its people into a particular form moved by a purpose.” Churches, professional organizations, and community groups are all institutions because they are, by their nature, formative and defined by an ideal.

They are how we perpetuate virtue or how we channel individual energy into common, long-term goals.

Levin makes one of the strongest conservative cases for embracing the formative power of institutions and why they matter so much. They hold family, community, and society together. They preserve the long-term visions and values of society. They also require people to humble themselves and accept that something greater than their self-interest or happiness exists.

When institutions work well, they shape individuals for the better and help them form virtuous habits. They give greater meaning to a person’s life and uplift them.

“They are at once constraining and enabling,” Levin writes. “They are the means by which we are socialized, and so they are crucial intermediaries between our inner lives and social lives.”

What people do within institutions, however, has personal and social implications.

When they fail, people fail. People on the political left and right, for different reasons, often attack institutions to subvert them for different purposes. Threats from within (mission creep, lack of accountability) and without (using institutions as a platform for individual ends before collective goals) weaken them. Weaker institutions can’t solve big, collective problems, nor can they connect people as they did in previous generations.

The social crisis haunting American society, Levin argues, is a crisis of institutions. It comes from “an extraordinary display of institutional failure and a kind of breakdown of social psychology that has spanned the ideological spectrum,” he writes. At root, the problem is “a perverse distortion of what institutional responsibility means” and a failure of the people in charge to live up to their social responsibility.

To reform and renew American society requires “a structure of social life: a way to give shape, place, and purpose to the things we do together.” Institutions need to be built or rebuilt to suit today’s needs. Controlling individual ambition that distorts their purpose is paramount.

One of the greatest challenges comes from the transformation of institutions into platforms. As internal order weakens, so does unity. The vision of a church, a university, or a local volunteer group gets muddied. Without order and rule-enforcement, formative power weakens. When institutions lose their formative role, they become a performative venue—a platform—Levin argues, and their social purpose gets overwhelmed by individual ends.

A faction or a charismatic leader can then use the institution for their own ends. The institution becomes a stage upon which individuals perform. “Such people define their roles not against a standard intrinsic to the institution but as expressions of themselves acting on institutions more than in or through them,” Levin writes.

When actors in an institution ask for our attention instead of our confidence, an institution becomes deformed: we stop trusting it. “It would be strange to trust a platform, and we don’t,” he notes.

Levin’s platform analysis is fundamental. He illustrates how this has happened in political parties, Congress, higher education, journalism, and social media. Anyone involved in the public square needs to understand how platforms have overtaken our associational life, and Levin is a wise guide.

Seen in the light of platform evolution, high-profile disagreements in journalism and higher education take on a greater significance. Is The New York Times a paper of record, or should activists employ it as a bullhorn for their political views? Are public colleges spaces for the pursuit of truth to mold the young into responsible citizens, or should campuses serve as activist incubators to fight oppression or as credential mills to serve the corporate economy?

As institutions grow weak, they are vulnerable to insiders or outsiders who want to change priorities. The American culture of celebrity intensifies this danger.

When institutions can’t serve their social function, our social problems are harder to address. And a society that cannot adequately respond to its problems is not a society that is cohesive or supportive of the people within it.

The analysis Levin offers isn’t a simple return to expertise and technocracy, thankfully. He isn’t dismissive, for instance, of populism. Political leaders need to pay attention to what people want, and reordering the nation’s priorities is necessary, he argues. But he notes that what the nation needs might not be something people explicitly ask for. In an individualist culture, people are bad at noticing the collective framework underpinning individual frustrations. Without focusing on this framework, the social malaise across American life cannot be corrected.

The overarching solution, in Levin’s view, is to re-establish legitimacy in our institutions. “Authority is not legitimated merely by the ways it is obtained. Often more important are the ways in which it is used,” he writes. Meritocracy isn’t a path toward legitimacy—it is “radically individualistic and dismally technocratic.” What is needed is an effort to cultivate integrity, character, and reliability in ourselves and to renew institutions as constraining structures that form people in those virtues. “The way to take on the crisis of legitimacy . . . is to reinvest ourselves in our institutions—to work to reform them with integrity in mind and, at the same time, to pour ourselves into them and so let them form us,” he argues.

American education has, for decades, focused on a “sociology of misery and breakdown.” But what is needed is “a sociology of success,” he notes, which sounds similar to Tyler Cowen and Patrick Collision’s idea of progress studies. That project is tied up in re-establishing the primacy of virtue, integrity, and trust in society, and to “consider the problems we face in the context of institutions.”

There is also something haunting Levin’s analysis. Aristocracy needs a purpose; its purpose legitimizes it more than how it actually gained power. But as institutions have lost their formative purpose and have become platforms for celebrity and narrow career advancement, the public has become resentful. And understandably so.

Low public trust and high skepticism of social, political, and economic institutions are extremely corrosive to the public’s willingness to tolerate hierarchy. For any renewal or building to take place, public faith must be restored. Yet, how can those concerned for conserving the past and local institutions work toward that goal? The challenge is great.

There may be little left, for instance, of what Claes Ryn calls “the constitutional personality,” the moral ethos and unwritten constitution that was foundational to the proper function of American political society. Ryn worries about the “centralized mass democracy” in which we live today and how it separates political life from virtue and moral character. The “moralism of today is very different from the notion of morality prevalent at the time of the writing of the Constitution,” he writes, and the new morality has “stimulated a desire for power” based on idealism that rejects restraint or limits.

To legitimize and renew institutions along the lines of what Levin desires, a counterculture will be required to reject the status quo (on the left and the right) identified by Ryn that fuels many of the problems Levin analyzes. Perhaps it means a few families uniting in a small town or an association of reformists in a city. Rod Dreher’s Benedict Option is a religious response along similar lines. A socio-political version may be similarly needed, such as a neo-muckraking cabal in journalism. Levin doesn’t offer a manifesto; he is providing a framework to identify these problems and to challenge the reform-minded to channel their efforts through institutions.

It is long past the time when conservatives revived Robert Nisbet. Levin’s framework targets the loss of civic virtue and the harmful effects of a culture of celebrity, of mission creep, of platforms, and of short-termism. For renewal to take shape, a long view of the past and the future is needed.

Review of Suicide of the West

Flying Solo: A Spiritual-But-Not-Religious Biography of an American Icon