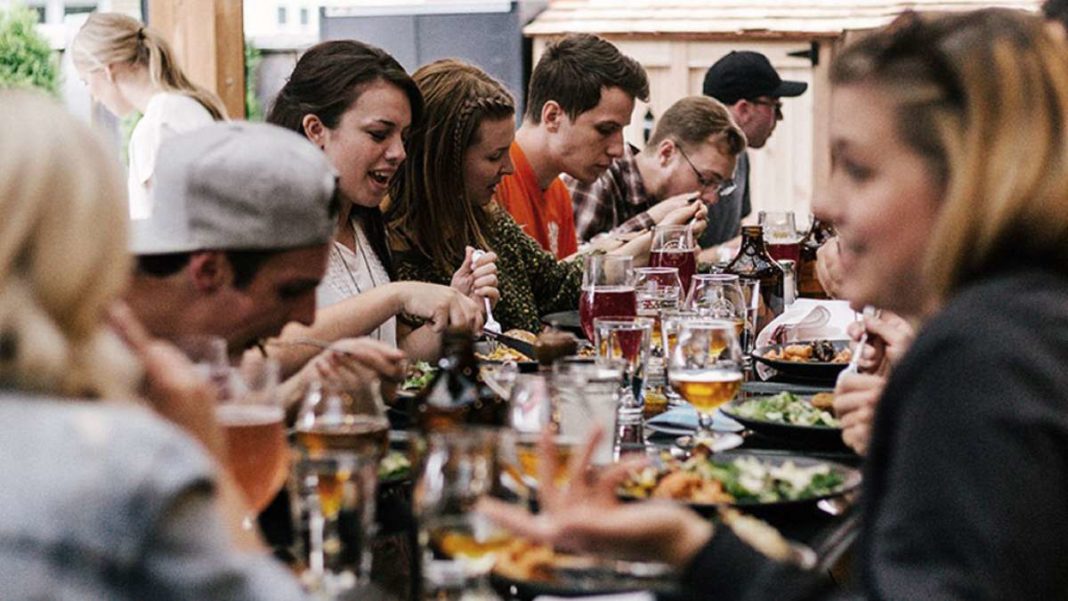 Jackson, TN. I once interviewed a woman who had every reason to be dissatisfied with her life. She was forced to flee from an abusive husband with her three children, and during the years that followed she was hospitalized several times for mental illness. Currently she lives below the federal poverty level, but when we spoke she claimed, “I think I made $22,000 last year and it was perfect, and I never lack.” She continued, “I just wish people [could] have all that I have, I’m so rich, I’m so rich. I tell people all the time, ‘I’m the richest person in the world.’” Despite life’s many challenges, she has found joy living in an intentional Christian community.

This woman’s joy is further confounding because her decision to live in an intentional community contradicts the status quo. Modern life offers unprecedented convenience, choice, and freedom, while life in community involves a loss of privacy, space, and control. Yet paradoxically modern life is often beset by malaise. The demands of intentional community may also lead to disenchantment, yet many find this approach to life appealing. Do communal ways of life offer the possibility of a contentedness beyond mere happiness?

The Turn Toward Intentional Community

Recent years have witnessed a resurgence of interest in the idea of intentional community. I visited three intentional Christian communities to understand what motivated people to join and whether communal life helped them to live faithfully and joyfully. These communities vary greatly in terms of their size, location, and theology. The first is a non-denominational community of 100 adult members who live together on land purchased in the rural South. The second is situated within the Anabaptist tradition and includes about 50 adult members who live on several adjacent streets in the urban Midwest. Finally, I visited an ecumenical charismatic community in a mid-sized city in the Midwest which counted 400 adult members, a majority of whom are Catholic.

Many of the people I spoke with were initially drawn to intentional community because they were frustrated by the lack of depth and authenticity they experienced when their lived faith was centered in typical church congregations. One man described his former congregation’s vision of community as “something in the Bible we aspired to,” and “the kind of stuff that I used to talk about in church when I went to institutional churches, but it was always kind of an abstract concept.” It can be difficult to cultivate deep relationships when people only interact once or twice a week, and nametags, greeters, and potlucks can only do so much. One man I spoke with was the pastor of a Lutheran church but decided to join an intentional community because he sought deeper relationships. He claimed that many churchgoers “have just enough community to be inoculated from going deeper.”

In previous generations, community may have developed more organically because people were less mobile, often living, working, and attending church in the same part of town for much of their life. But in today’s world people regularly have opportunities to upgrade their job, neighborhood, and church, and pursuing these opportunities severs the roots of deepening relationships. Little consideration is given to whether upward mobility should take precedence over any commitment to particular people and places. One couple lamented how their church small group, which had grown quite close, disintegrated as three of the four couples moved away over a two-year span.

Some congregations may neglect to provide the social architecture where true community could develop because they imagine themselves as producers of religious experiences. Churches distinguish themselves through music, sermons, and programs, competing among each other within the marketplace of local congregations. When people’s preferences change, producers accommodate them by creating new religious products. This unintentionally perpetuates religious consumerism by enticing potential members who are attracted to their style of worship. Many Christians still long for authentic community within their local congregation, but this consumer mentality funnels people into ministries with others who share their individual preferences, which results in reduced denominational and congregational catholicity. Sunday morning is not just segregated by race, but also age, income, and preferred worship style.

The role of consumer implies very little about how people should relate to fellow “shoppers.” Those who embody the role of producer have little regard for the long-term development of consumers, only that they consume here and now. Focus groups and church growth consultants may reveal what people want, but not what they truly need. Congregations must not conflate satisfaction with sanctification. People’s deepest longings are not for their preferences to be satisfied, but for wholeness. Even church-going Christians may lose sight of the importance of church if they merely imagine it as one more option in the marketplace for satisfaction, and churches may neglect the practice of true discipleship if they envision mere attendance and right belief as the pinnacle of the spiritual life.

Intentional Christian communities offer a lived approach to Christianity that stands in stark contrast to the consumeristic spirituality practiced by some congregations. Despite differences in theology, region, and structure, the three communities I visited based their communal life on two essential components. First, these communities fostered a sense of commitment by inviting members to make a covenant to the community and their fellow members. Even though these covenants are not binding, the relative permanence of the decision promotes a sense stability. Rather than restlessly seeking better opportunities professionally, spiritually, or relationally, the covenant signals that members have chosen to embrace the community as the context of their life’s journey toward God. Without this sense of commitment people will naturally avoid difficult relationships that would challenge them to grow spiritually.

The second essential component of intentional community is relational proximity. Members of these intentional communities often choose to live together in the same home, on the same property, or in homes on the same street or neighborhood. This enables frequent social interaction, allowing deeper relationships to develop naturally over time. One man described his experience of life in community by saying, “We are in each other’s lives on a daily basis and . . . you can see into people’s lives; and it’s not an invasion because they are sharing a part of you.” Commitment, proximity, and stability comprise the soil where deep and enduring relationships take root, allowing members to give and receive in ways that are uncommon in the typical church congregation. As one man noted, “The closer we live, the more exposed our weaknesses are and the more annoying we can be to one another. The more we put in common, the more chances to disappoint one another. There’s a real cost to living close together.” These communities embrace the challenge of conflict and reconciliation, viewing the process as indispensable to the communal and Christian life.

Fulfilling the Great Commandment to love God and neighbor requires letting go of selfishness, but people cannot die to themselves by themselves. Commitment binds people on a deeper basis than similarity, and to better effect. One woman in her mid-twenties noted, “There are people in the community that I probably wouldn’t choose to be my friends necessarily, but I learned how to love them. I have learned how to really be honest in a loving way with people, how to confront conflicts rather than just running away from them.”

Without commitment people might flee potential conflict, rather than embracing the process of reconciliation and growth. One woman described this process by saying, “There are challenges because we’re all people and we’re living together. All of us are flawed and there are daily annoyances, but I am learning, in the progressive tense, that those are the teaching tools that God is using to change me, to broaden me, and to teach me.” By promoting commitment and relational proximity, intentional communities allow the messiness of deep and enduring relationships to train people’s hearts in deeper love.

Modern ways of life assume the good life can only be found by improving life’s circumstances. Even though people today are surrounded by an abundance of choice, we often find ourselves becoming indecisive, envious, and ungrateful. Intentional community stands as a powerful rebuke to the modern pursuit of the good life: it is not by restlessly seeking to improve our circumstances, but by committing ourselves to a place and people, that joy becomes possible.

Intentional communities and marriages are pathways to wholeness and joy when we learn to imagine them as the training grounds of enduring love, rather than burdening them with consumer expectations. The process of purifying our love and becoming like Christ may not necessarily be enjoyable in itself, but it can be joyful as we hope that one day “we shall be like Him” (1 John 3:2 RSV). Committed relationships are both preparation and participation in this future reality, as we grow in communion with God and others.