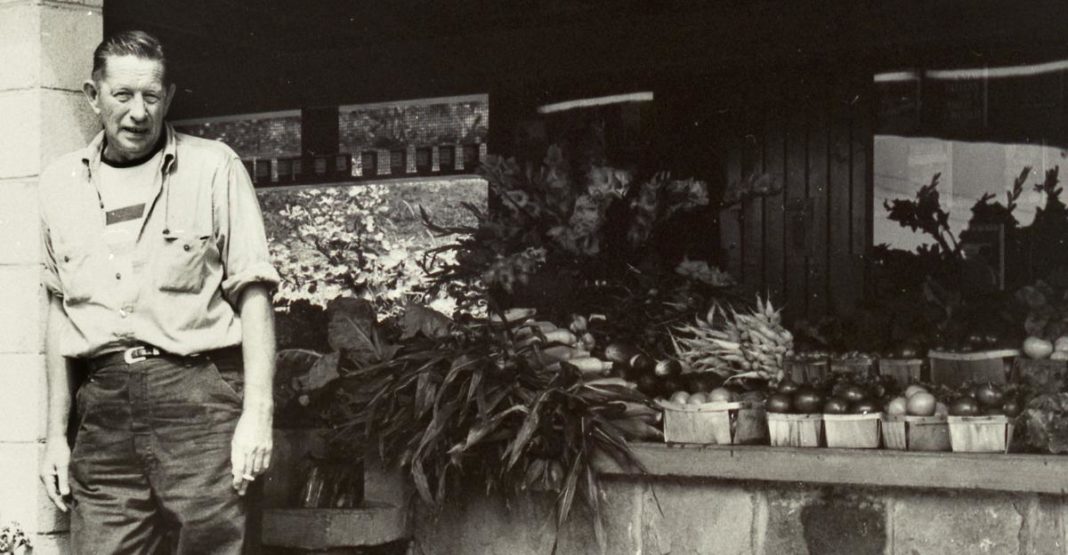 Fremont, NE. Hemingway and Fitzgerald scoffed at him at parties, Eleanor Roosevelt was annoyed by him, Humphrey Bogart got married in his foyer, and Wendell Berry is an avid reader of his books. Perhaps the most remarkable thing about Louis Bromfield is that a figure who seems to have been a voluble presence in almost every corner of public life should have been so entirely forgotten. A novelist, a screenwriter, a politico, and, in time, a farmer and environmental advocate–Bromfield’s story is as fascinating as it is odd. If such a phrase has any real content, it seems fair to call him a real American character: Self-created, self-promoting, non-ideological, passionate about his own reputation, and intensely devoted to the welfare of the people and of the land. Bromfield was not, perhaps, a hero, but Stephen Heyman’s book, The Planter of Modern Life: Louis Bromfield and the Seeds of Food Revolution, shows him to have had a real nose for those things that would remain the greatest threats to the land and the livelihoods of those who cultivate it.

Louis Bromfield was a Midwesterner, an Ohioan, with an early knack for the writerly arts. He was a part of that generation of lads with a taste for literature who wanted to be near to the action in World War I but were not the fighting sort; he was an ambulance driver in France. No doubt, the service of the driver was a valuable and dangerous one, just like that of the soldier. It afforded Bromfield with a spur to his writing and caused him to fall in love with France. If you’re coming to this biography looking for farming and ecology, you will have to wait just a bit. The book first needs to flesh out Bromfield’s character, and for the first act of his life, at least, farming is not particularly relevant. Fortunately, Bromfield’s life is never dull, and Heyman tells that first period, when Bromfield played the literary expat in Paris, in an engaging and readable style.

Bromfield’s romantic imagination tied him to France, and especially to the character of the French farming peasant. After some initial literary successes, a few bestsellers, and a Pulitzer Prize, he married an American woman and settled outside Paris in a town called Senlis. There, he embarked on what he called his “second childhood,” inspired by a local gardener who appeared as, Heyman writes “an emblem of Gallic self-sufficiency.” Here Heyman brings out what might have been Bromfield’s key insight. In the farming culture of France, he saw a tradition that had developed in a landscape that had been cultivated from time immemorial. Space and fertility were at a premium, so there was no room for wastefulness. The French seemed to milk the land for all it was worth, even while keeping the land whole. Theirs was an agriculture that had learned, of necessity, to work with nature. And the food tasted better, too.

America, by contrast, was typified by a sort of curse of abundance. For much of its history, the country provided more cheap land than its farmers knew what to do with. For that reason, practices of economy became less necessary. Preservation of the soil for future generations was less thought of, because new farmers were setting out without tradition behind them, and because there was always new land available if this land wore out. This is a broad generalization, but it does seem true that, in the apparently limitless and fertile land of the Middle West, there was a lack of the strong tradition of soil conservation that would have been needed to keep land healthy and arable over the long term.

This problem came to a head in the years leading up to the Dust Bowl and the Great Depression. Already a number of the means we associate with industrial agriculture had arrived, and a number of the corollary problems: heavy machinery, chemical additives and pesticides, and mono-cropping. In the First World War, a push for efficient production led many farmers to leave aside general or mixed farms and engage in large-scale monoculture farming. The demands of the war and a good economy meant that prices were rising in a way that seemed to justify the farmers taking on increasing debt to purchase land, chemicals, and machinery. But the bubble burst in 1920, when prices crashed through the floor and continued to flounder through the 30s. Just as in the farm crisis of the 1980s, and in our current period of falling prices and soaring debt, there was a rash of rural foreclosures, mental illness, and suicide. As the book begins to treat matters of history and agronomy, Heyman shows an agility of style and deftness in handling technical subjects. He can explain important concepts in soil health and farm economics in a few, clear sentences. What’s more, in Heyman’s hands, these pages do not read as boring interludes between the wild story of Bromfield’s life, but as an organic part of the story.

It is around the time of this farm crisis that Bromfield’s enchantment with gardening becomes a desire for rootedness and a farm. His greatest comrade in French gardening, Edith Wharton, had passed away. The black jackboot of Germany clicked and tapped ominously behind the Maginot Line, and Bromfield felt the summons of home. Back to Ohio he went.

Bromfield, though, is never fully the Wendell Berry we might expect him to become. He was inescapably cosmopolitan, and he remains a jet-setter and spotlight-lover for the rest of his days. Still, it was this very celebrity that allowed him to be an effective voice for rural America. Because his books were on every bookstand and the films he wrote were in every cinema, people wanted to hear whatever pronouncements this tribune of agricultural life had to share.

He could be pompous and judgmental in his preaching, and sometimes wrong, but he was among the first to ring the warning bell with regard to farming practices that really did need to be changed with urgency. Bromfield was right to warn against DDT, even if it took folks a long time to listen. He was right to warn about erosion and soil fertility, and he was right to see that the future would require more diverse planting, intercropping, rotation, and cautiousness, at the very least, around chemical fertilizers and pesticides. His Ohio farm, Malabar, was an effort at an organic and self-sufficient regenerative system like the one portrayed in the recent film The Biggest Little Farm. It brought the soil to life, protected the water, and was, by all accounts, beautiful (if expensive). The fact that many of these ideas still feel sort of revolutionary today points to Bromfield’s farsightedness.

This book is an enjoyable tour through the life of a forgotten, and extremely quirky, character. It is also an introduction to the beginnings of the organic movement and the industrial farming to which it sought to respond. It is also a fun way to be introduced to some of the enduring challenges of American agriculture. Perhaps the most striking effect of reading the book is the realization that, all these years later, there is still so much work to do toward responsible use of the land. There is good work being done all the time, but the reason the book feels like a relevant story is that many of the problems Bromfield inveighed against still worry us today. Much has changed in the intervening years; our farms are far more productive and our technology far superior, but we also have a better understanding of the fragility of the soil and of what needs to be done to keep it healthy over the long term. Bromfield, like many farmers interested in sustainability, did not desire mere primitivism in cultivation, but a more intelligent way of farming that did not degrade the resources the farm depends upon. That’s the continuing challenge today: not to turn back the clock, but to use our ingenuity to find ways to feed the world and protect it at the same time.