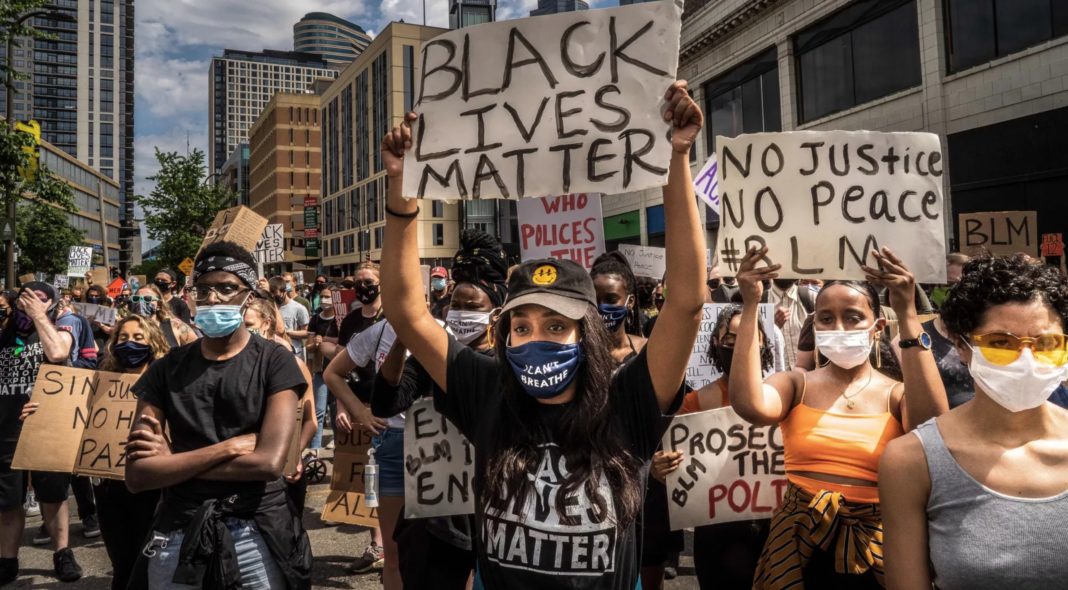 Akron, OH. One of the more troubling things about the protests and demonstrations of this past year is the lack of sympathy they have garnered from conservatives. Consider the following demands that have recently gained traction: defunding bureaucratic police departments and using those resources to empower local communities; reparations for underprivileged Blacks that could be granted in the form of vouchers for better education and down payments for home ownership; breaking up the self-serving corporate culture that has been exposed by the “Me Too” movement; requiring public employees, especially police officers, to live in the communities they serve. All these things are harmonious with conservative values that favor local involvement over large bureaucracies.

Mark Clavier reaches for this common ground in an essay published here on July 24 in which he draws the conservative conclusion, from an argument that many progressives would nod along with, that we have become “disembedded” from our local communities. It is a well-written essay that uses a description of the 1965 debate between James Baldwin and William F. Buckley Jr. to frame the problem with the existing world order. According to Mr. Clavier, the most telling moment in the debate was when Buckley argues that the United States provides Blacks with a greater degree of material well-being “than that enjoyed by 95% of the other peoples of the human race.” Buckley’s argument was like the one that slave-owners made about how they were improving upon the lives of “savage” Africans. But what is more damnable, according to Clavier, is that Buckley’s claim may well be accurate.

That America and other western countries should find themselves in such an unimpeachable position of material dominance is no accident, nor is it straight-forwardly the result of hard work, at least not the honest kind. The standard of living Americans enjoy is the fruit of more than three hundred years of extraordinary racial injustices. Slavery, imperial conquest, colonialism, and the genocide of native peoples are the foundation stones on which western prosperity was built.

This jeremiad undoubtedly captures some truth and is fairly representative of progressive thought. More interesting is how Clavier connects this past with the present world order, where corporations “have stepped into the role vacated by slave masters.” Those of us whose ancestors benefitted from slavery and imperialism in the past, now benefit from the exploitation of cheap (mostly non-white) labor whether it is at home or “the southern Africans sweating out miserable incomes in mineral extraction, or the Asians working long hours for next to nothing to supply us with cheap clothing.” The old slave order has been reconstituted in a way that now enslaves more peoples and is destroying the planet. Can the solution to discrimination and injustice, Clavier asks, really be the fuller participation of minorities in a system that perpetuates injustice on three-quarters of the world’s population? Do we really want minorities to be like white people?

Fortuitously, Clavier looks to FPR hero Wendell Berry for a solution to our present conundrum. From Berry, Clavier gleans that all our values are being determined by the market because we are disassociated from our communities. But a proper community, Berry explains, “is a commonwealth: a place, a resource, and an economy. It answers the needs, practical as well as social and spiritual of its members.” Communities thrive, Clavier concludes, when “people are confronted by each other face-to-face and find fulfilment in their mutual need.” This is an idea that is the very essence of conservativism. Roger Scruton called it the “romantic core of conservativism,” the belief that what has been lost through the scale of modern institutions can be regained but in reimagined form. Human cannot fully mature and realize their talents separated from the “little platoons” that give life meaning.

The problem with Clavier and Berry’s vision of restoring community is not the lack of ideas for what might be done. There are innumerable ways to make communities more resilient by strengthening local associations. The real question is how to make the political process work to effect such change. Berry and Clavier seem to think our political order is so broken that change will only come when government and corporate intransigence finally force people to reject the current order and fall back on their communities and families. Berry writes that if the system fails slowly the most necessary things may be preserved and “then it may fail into a restoration of community.” This seems like wishful thinking because power is never surrendered voluntarily. It will require the kind of participation that has energized Black Lives Matter, the Tea Party, and the “Me Too” movement. The life’s blood of our communities has been usurped by government and big institutions. When enough people recognize their emasculated state and demand change through the political process, then authority and resources will be given back to the local community so that people can again be responsible for their neighbors.

Unfortunately, much of our public discourse is of little consequence. It doesn’t matter whether slavery and discrimination enriched whites or diminished the entire nation’s material and spiritual wealth (especially in the South, which had always been our poorest region). It doesn’t matter that Clavier and progressives do not always understand the power of markets and how they can also dissipate power. It doesn’t matter that they seem to mock productivity and fail to appreciate the enormous material gains and reductions in famine that have occurred in the third world. It doesn’t matter if white people who think they are not racists are really racists. It doesn’t matter whether the British in India were more rapacious than the Moghuls. What matters is that many on the Left are starting to see that empowering local communities is the answer to our alienation from the things that give life meaning. Progressives are shaking society to its foundations in ways that are often compatible with conservatives’ core beliefs. Where are the conservatives?