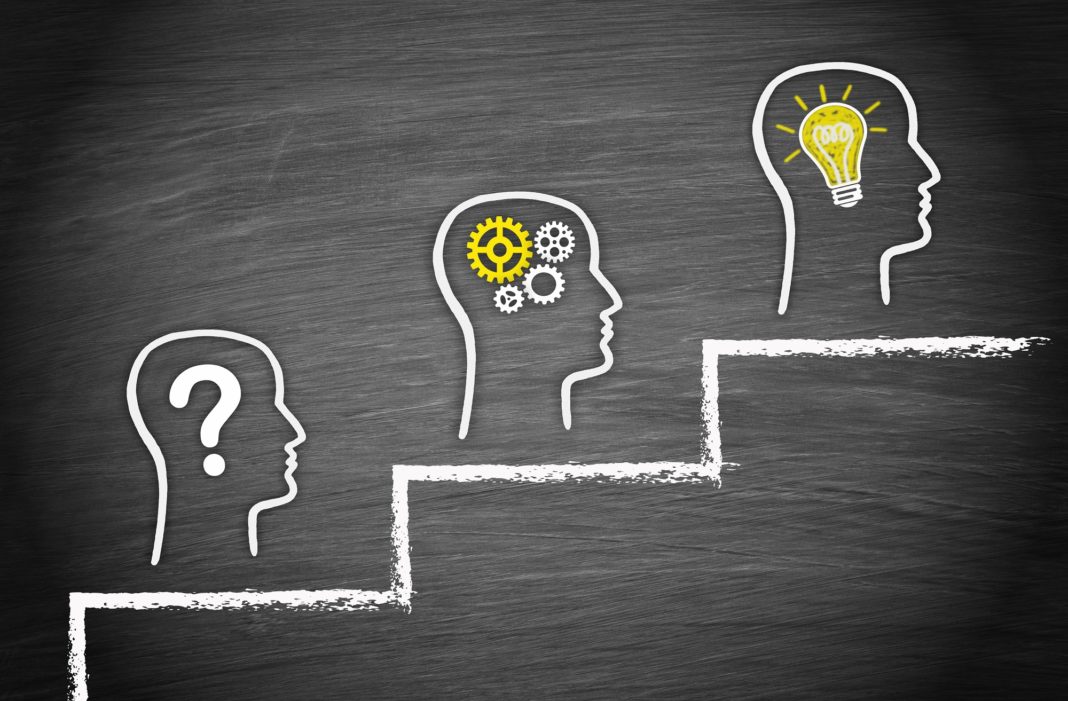 Newark, NJ. Jason Blakely, associate professor of political science at Pepperdine University, posits that we’ve become “a society of greedy egotists.” How did this happen? In his recent book We Built Reality: How Social Science Infiltrated Culture, Politics, and Power, he frames his chapter on economics within a broader evaluation of how the social sciences have shifted from “an empirical exercise to . . . a form of cultural and ideological production.” That individuals are self-interested consumers is not so much a scientific “discovery” as it is a cultural narrative that has been produced by authorities who swear that their expertise is purely objective.

By the late 90s, economists gained control over the narrative of our national political conversation to the point that economics became “the central and only admissible domestic political conversation.” “The economy,” which used to refer to a particular sphere of public life, became the totalizing lens through which all matters of import were filtered. Economists were granted a newfound magisterial authority. Devoid of antiquated links to philosophy and history, this innovative view of economics was constructed as a purely rational and objective science.

Blakely focuses on the popularization of the claim that humans are inherently driven by self-interest and greed, arguing this is not an objective, scientific “discovery,” but rather a man-made invention. Looking back to early theorists of capitalism provides some necessary context. John Locke claimed that in our state of nature, humans are driven by self-interest. He also recognized, on the other hand, that society cannot exist on this basis alone. Man needs to cultivate what he called “sociable sentiments,” like caring for those in need and making sacrifices for the public good. He also believed that within the state of nature man has the ability to recognize when his own self-interest is impeding the well-being of others. Adam Smith similarly argued that man needs to temper his self-interest with sentiments of solidarity and “fellow feeling” in order for a society to properly function.

However, we find that as the view of homo economicus—the individual driven by self-interest—developed, the clauses for social sentiment were perceived more and more as “non-scientific.” Homo economicus grew to become a highly technical theory of human behavior that ignored anything that didn’t fit its image of man as motivated by self-interest. This eventually gave way to the more sophisticated “rational choice” theory, in which decision making scenarios are based on completeness (“rational individuals can rank all preferences”) and transitivity (“individual choices are transferable and noncircular”).

Rational choice theory views “humans as constantly strategizing how to best satisfy their preferences.” This allows us to “treat all human goals,” including altruistic and seemingly selfless ones, “as just alternative options in a preference schedule.” The breastfeeding mother is simply aiming to silence her baby’s incessant whining, and the nun working in an orphanage is seeking to satisfy her sublimated drive for affirmation and human tenderness. “In this view, altruists simply happen to prefer moral feelings, honor, or whatever other profit they gain from empathizing with others. Working in finance and feeding the poor in a soup kitchen are thus both rendered rationally egotistic.” This “decision science” and its “logic of preference maximizing is said to unveil a deep truth about human nature as being essentially economic.”

This view has been popularized by pop economics books like Steven Levitt and Stephen Dubner’s Freakonomics and Malcolm Gladwell’s The Tipping Point. Focusing on Freakonomics, Blakley critiques critical choice theory’s claim to uncover the “hidden side of everything.” Such theorists assume that everything humans do is motivated by the desire to maximize our own pleasure. This drive is inherent to our nature. “No amount of moral kvetching or philosophizing could make it otherwise.” We’re trapped, and there’s nothing we can do about it.

Even the most intimate of relations is subjected to a producer-consumer dynamic. Blakely cites Jared Kushner’s quip that his wife Ivanka Trump is “definitely the CEO of our household, whereas as I’m more on the board of directors.” Thus is life in the “market polis,” a “political society in which all relationships and institutions are transcribed into a metaphor of self-interested deal making and whose authority is said to derive from economic science.” All women can be ranked on a “hotness” scale of 1-10, and men whose bodies don’t adequately satiate one’s instinctive drive can be swiped away to the left. Even religious services that don’t imbue attendees with much of a feeling of the divine can be given a poor ranking on Google Reviews. Intimacy and altruism are suspect. There can be no true friends or lovers, nor fathers, mothers, or teachers. We are all interchangeable pieces within a matrix of gratification, whose value is subject to our capacity to hinder or further the satisfaction of others. Is it any surprise that psychologists like Philip Cushman report a “new kind of ‘empty,’ consumer self showing up in clinical practice” viewing “all social relations and all personal problems as surmountable by consuming the right products and achieving a desired lifestyle, as achieved in celebrity culture”?

In the brave new world of the market polis, politics is a mere sub branch of the market, and voters are consumers. All differences are relativized and subjected to the logic of critical choice. Accordingly, the “line between dictatorship and democracy is rendered fuzzy and porous.” Democratic leaders will do whatever it takes to maintain their power, including lying to and manipulating the public, all the while promising to provide them what they want. Everything is passed through a “meaning converter, taking older meanings and pushing them through its abstract mechanism, turning them into meanings of the market polis.”

Proponents of rational choice theory champion their anthropological assumptions under the guise of an infallible scientific objectivity. But is this really the “hidden truth” that the “science” of economics has unveiled? “One never simply discovers the fact that humans are fundamentally economic agents, in the way that natural scientists discover that genes have a particular nucleic acid sequence. Rather, the very discovery of economic man was part of the creation of economic man.” Social scientists didn’t “unearth” homo economicus but rather “contrived” him.

Blakely asserts that “human agency is much more plastic and heterogeneous than rational choice allows.” This paradigm fails to “grapple with the range of possible meanings that motivate human life” and “neglects human beings’ distinguishing feature: their ability to embody meanings.” He continues to note the “irrational” ways we often choose to act which don’t always fit well into calculable or market-based categories. He instead urges us to view human behavior through the lens of “interpretive theory,” which “insists on the profoundly historical and cultural nature of human agency.”

At this point Blakely circles back to the foundations of American politics. As much as the founders bought into the view of homo economicus, figures like George Washington and James Madison knew that self interest left unchecked by “patriotic sentiments and virtues” would destroy the nation. Further, they understood that “the pursuit of private self interest at the expense of the public good was the key distinguishing feature of unjust, morally corrupt societies.” Madison himself said that “to suppose that any form of government will secure liberty or happiness without any virtue is a chimerical idea.”

These comments, along with those by early proponents of capitalism about the need for selfless civic sentiments to temper the inherent self-interestedness of man, raise important questions about the foundations of capitalist democracies. If it is the case that the anthropological framework of homo economicus is intrinsic to the structure of capitalist systems, then aren’t the added “sentiments” merely accidental appendages…mere side dishes on the main “course” of economic self interest? Can we really claim to be surprised when these selfless and commonly shared ideals eventually fall away? As Blakely himself indicates, there must be a more sound answer to the question of what motivates human behavior. The view of the person as driven by self-interest fails to account for the totality of human desire, as well as the very origins of human existence.

If the violence of rational choice theory is an inevitable result of the faulty anthropological foundations of capitalism, then will calls to recover the social sentiments of capitalism’s early days really make much of a difference? The alternative of tossing out this faulty anthropology and trading it in for a new one (or for none at all) isn’t exactly promising either. The integralist dream of a social order rooted in a clearly delineated religious metaphysical anthropology and the socialist dream of a fluid Freudian-Marxist anthropology may not be as viable of alternatives as their proponents claim them to be.

Perhaps a path forward can be charted by working from the bottom up rather than radically restructuring our economic system from the top down. Though they may not receive as much buzz in the mainstream, increasing numbers of organizers and intellectuals are calling for a greater focus on building up local communities. The wildly overlooked principle of subsidiarity provides both a moral and pragmatic framework that fills in the holes left behind by free-market capitalism and rehumanizes the individual person at the most basic and immediate level possible. William T. Cavanaugh, in books like Being Consumed and Field Hospital, draws out a “sacramental, post-secular” economics, in which personal and institutional trust is fostered and spending is ordered more toward communal needs rather than individual wants.

Portland-based activist Danielle (DL) Mayfield brings several of Cavanaugh’s ideas to life through her call to “radical neighborliness.” This takes shape through local political advocacy, engagement in parent-teacher organizations, organizing of fellowship opportunities, and “downward mobility.” Both Cavanaugh and Mayfield take their inspiration from Dorothy Day’s Catholic Worker communities which were organized around the principles of solidarity and subsidiarity. We would be remiss to ignore the work of Charles Taylor (about whom Blakely wrote his first book), who in his latest co-authored book Reconstructing Democracy praises Incourage, a “local community foundation with a mission to model participatory approaches to place-based developments” as an example of “self-organizing at the level of the community” through “dialogue-based modes of consultation that accompany and inform the more traditional processes of representative democracy.” This vision is hardly some far-off dream–Taylor cites numerous examples of cities and organizations that have already implemented such models successfully.

The answers may not be as clear cut as we want them to be. But continuing to base economic and government models around a reductive view of homo economicus will trap us within the inhumane “reality we have made.”