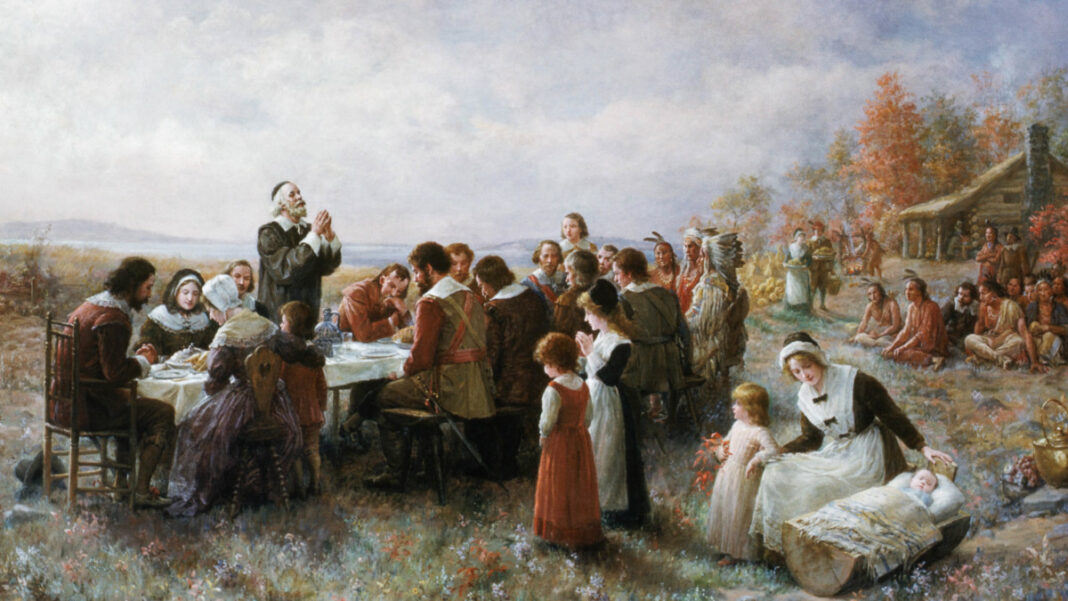 Lakewood, CO. On March 30th, Front Porch Republic published an essay by Brian Jones titled, “Should We begin to Reconnect?” In it, Mr. Jones explores the tricky question of what we as individuals and as communities should do now that we may be on the down slope of the COVID crisis. This question is made all the trickier because we have endured a year of social distancing and a rancorous political season has left our nation divided and embittered. There are real impediments to us ever coming together. Even the President seems unable to articulate a clear vision of reconnection, offering a limited celebration of Independence on the 4th of July in his recent address to the nation. This uncertainty regarding how to reconnect comes from a place of mistrust and fear. After a year of uncertainty, it can feel as if the only certainty we can expect is uncertainty, not only today but tomorrow as well. But, it doesn’t have to be this way. For most of human history, we have known the best course of action to take when we transition from a period of hardship to a period of even tentative or prospective normalcy: throw a feast.

Time and time again, in both mythic and recorded history, humans have celebrated the passing of a hardship by gathering together in merriment with good food and drink and song. In the epic Beowulf, the people react to the slaying of the monster Grendel by coming together to rebuild Herot and share a meal together:

Straightway it was bidden that Herot be
adorned within by the hand of man. Many men
there were and women to prepare the hall of feast-
ing and of guests. Along the walls shone hang-
ings wrought with gold, many wondrous sights for
all who gaze upon such things. That bright house
had been greatly shattered, though all within was
fast with iron bands. The hinges had been torn
away. The roof alone was saved, unhurt, when
the monster, stained with wicked deeds, despaired
of life, turned him to flight. (Tinker 51-52)

These people had suffered greatly for over a decade. An ugly monster had hurtled into their midst, tearing their loved ones from them and destroying the Mead Hall. Where once there had been joy and merriment, now there was pain and grief. They were reminded every day what they had lost and how much they had suffered.

Beowulf (with a few changed details) could have just as easily been talking about our experience. 2020 started with so much hope, a new decade where anything was possible. But that hope was dashed by the emergence of a monster, a virus that swept the globe killing millions and scarring everyone. This unexpected calamity led to a massive increase in divisiveness. We fought amongst ourselves about everything it seems: masks, politics, racial justice, lockdowns, you name it. Fear, anger, suspicion, and grief became our constant companions. Physically, our cities endured attacks by vandals, and our nation’s Capitol even came under attack. But, just as in the story, this monster has been beaten with the arrival of several viable vaccines that are rapidly becoming widely available for everyone. As we emerge and see the hollowed-out halls of our country and neighborhoods, we can do one of two things. We could continue to retreat into ourselves, unable or unwilling to accept this end game for the reasons Mr. Jones suggests when he quotes Joshua Mitchell. This would be quite easy for many people. This ordeal has been hard, and dare I say traumatizing for many. We have retreated because of this pain and emerging from it seems a herculean challenge. But, if we do choose this harder option and pick ourselves up, and, “foster, and rebuild ecosystems that are no longer based upon fear and false narratives,” as Mr. Jones puts it, we have a glimpse of the joy that awaits us:

Never have I heard that that
people in greater company gathered more bravely
about their king. Then those happy men sat them
down upon the benches; they rejoiced in the feast-
ing. Their great-hearted kinsmen, Hrothgar and
Hrothulf, with fair courtesy quaffed many a bowl
of mead in the high hall. Herot was filled with
friends. In that day the Scylding people had done
no deeds of guile. (Tinker 52)

Citizens from every class, profession, ideology, and creed of the Scyldings came together to celebrate the defeat of the evil that had terrorized them. Deep down, we know this joy is possible. In fact, we still celebrate echoes of a similar feeling every November.

In 1620, the Mayflower arrived in the New World carrying 102 men and women fleeing religious persecution. That first winter, they were plagued with disease and starvation. With the aid of Native tribes they survived, and upon reaping a bountiful harvest in the autumn of 1621, they invited their friends and allies to join them in a feast of celebration and thanksgiving. They had overcome a dark winter and had much to celebrate. We still commemorate this celebration, and we are linked to this event every time we sit down to Thanksgiving dinner. Whether found in mythic stories or in actual history, we have a way of coming together to celebrate the end of enduring hardships. Why should this prove to be any different? Four hundred years after the dark winter the Pilgrims overcame, we have conquered (or will soon) our own monster. Now, we should celebrate!

Some of you reading this will be asking, what is there to celebrate? There is more discord, hate, and fear now than at the height of the pandemic it seems. There was such a loss of life, and many more have lost their jobs: very few have been unaffected by this disease. That deep grief and hurt can feel overwhelming. Yet the Danes and the Pilgrims had also suffered much death and loss when they gathered to feast.

Perhaps we can gain insight into such hardship-tempered feasting through Gary Paulsen’s Brian’s Winter. In this story, the main character is stranded in the woods after a plane crash. He has survived the summer and fall and now finds himself in the depths of winter. Thinking about his calendar, he realizes he had forgotten Thanksgiving and so prepares a Thanksgiving meal. In the midst of his feast, he realizes he is enjoying a feast without giving thanks:

It stopped him, the idea of giving thanks. At first, his mind just stopped and he thought, for what? For the plane crash, for being here? I should thank somebody for that? Then a small voice, almost a whisper came into his mind and all it said was: it could have been worse; you could have been down in the plane with the pilot. And he felt awful for his attitude, turned away from the food and forced himself to be grateful for all the good luck he had and not to think about the bad at all . . . all that he thought, all that and more to be thankful for and he ended the prayer—as it had seemed to become—with another throughout about the pilot down in the lake, how he hoped the pilot had had a good life and was where it was good for him now. Then he ate.

In the darkest times, amidst horrible loss, there is always light. This last year brought out the worst in us. But it also brought out the best in us. And that is worth celebrating. I will never forget how people rallied around our first responders, how we howled together in solidarity every night at 8:00pm to show our thanks. How for the most part we worked together to help our most vulnerable populations and bought more take-out to keep our favorite restaurants alive. This light, this spirit is what we are celebrating and giving thanks for. Together, we overcame.

Mr. Jones asked us what it might look like to begin reconnecting. I would suggest the best way to begin is with a feast of thanksgiving and remembrance. Ideally, perhaps, the President should call for a national holiday where this gathering is encouraged and where people can take the time off of work to spend time together. This is, unfortunately, highly unlikely to happen. Even so, however, we can plan our own feasts. This summer in public parks, in neighborhood driveways, in apartment common spaces, we can invite friends and strangers to join in a meal and celebration where we rekindle a joy that is perhaps currently dormant but never eradicated. As we gather, we can swap stories, show off new skills or hobbies, hug each other, dance, and, of course, feast. Together, we can mark the defeat of our common adversary and share the joyful fellowship we have been missing this past year.

Life in the Kolache Belt: Reflections from the Intersection of Food,...