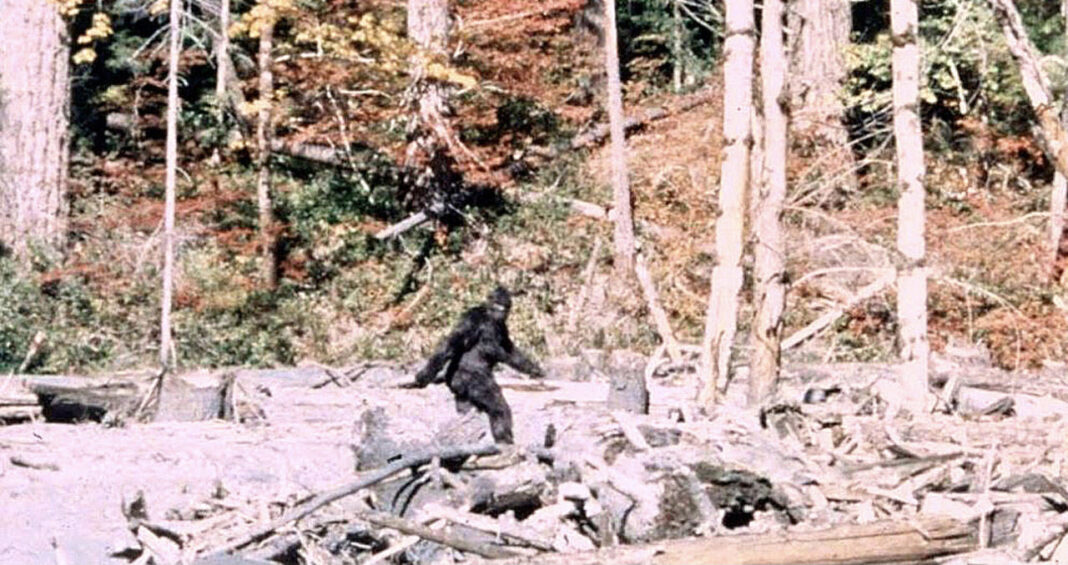 Livingston, MT. In his seminal 1993 essay, “E Unibus Pluram: Television and U.S. Fiction,” the late David Foster Wallace famously engaged in act of ludic deconstruction of the ironic posture of the Baby Boomer generation, noting that the deconstructive irony of his parents’ generation had run its course and was being met with cool, meta- or post- ironic distance by his own Generation X.

While the Baby Boomers as well as Generation X were famously the children of TV and popular music, the younger generation of Millennials and Zoomers are creatures of the internet, and one of the most potent forms of digital media is the meme.

Both rebelling against and imitating their own parents and grandparents’ generation, the meme-smiths of the Millennial and Zoomer generation have taken David Foster Wallace’s concept of post-irony to incredible levels of ludic absurdity.

One of many humorous post-ironic memes contains an image of an American Indian next to a sasquatch in what appears to be the pre-Columbian Pacific Northwest. The Indian gruffly states, “I wish all these illegal immigrants would go back home.” The sasquatch ironically responds, “Great. When ya leavin’?”

This meme is itself a meta-ironic parody of meme seemingly popular among left-leaning Baby Boomers. In this antecedent meme, a very Trumpian looking American is the one stating his desire for the “illegals” to leave, while an American Indian retorts with the question of when the white American is returning to his ancestral European homeland.

Both memes fundamentally point to the anxiety of American living in the North American continent as well as the reality that almost every human community has migrated to its current “home.” Thus before the recent post-1965 arrivals of largely Asian, African, and Latin American migrants to the United States, there was a “native” American resistance to Catholic and Jewish immigrants from central, southern, and eastern Europe. Before this Germanic (and Celtic) American resistance, there was Anglo-American hostility to Irish and German immigrants. These Anglos, of course, conquered or bought land from earlier French, Spanish, or Dutch immigrants, who themselves bought or conquered land from the indigenous people of North America, who themselves engaged internecine wars of conquest and even attempted genocide.

While much ado is made about Americans of European descent expressing their anger at recent immigrants from outside the national borders, there is also a tremendous intranational migration to the West and South from the coastal regions of the country.

One of the prime destinations for those fleeing draconian covid restrictions, overpopulation, and housing prices of most densely populated portions of the US is (your author’s home state of) Montana.

Once known, like Alaska, Idaho, and Wyoming, as the “last best place” untouched by the supposed crowded violence and misery of late twentieth century urban America, Montana has received an enormous influx of immigrants over the past twenty years, radically altering formerly sleepy mountain and prairie towns like Missoula, Bozeman, Billings, and (your author’s hometown of) Livingston.

While a separate peace between Baby Boomer hippies and libertarian conservatives has maintained a delicate balance in the Treasure State since the 1970s, there is now a new status quo of both wealthy radicalized millennial leftists and equally wealthy “I’ll take my stand” Trumpian conservatives who have largely reshaped the Montana pollical landscape.

Moreover, although a very large percentage of these American migrants have come from the dreaded state of California, there are all sorts of newcomers from states as diverse as Washington, Rhode Island, Vermont, and even Colorado.

Oddly enough, despite their political differences, these newcomers have formed a super class that is supported by Montana townies, many of whom work in service industry or lumpenproletariat jobs.

Needless to say, there is a palpable tension between the townies and the newcomers.

This tension is itself representative of the increasing divide between the two Americas: those who are able to work in the new post-industrial economy and those who have been left behind to fend for themselves as gas station clerks and coffee shop baristas—in Big Sky Country, there are still some mining, lumber, and even railroad jobs available to the sons of those whose grandparents and great grandparents literally built the state of Montana from rock, steel, and timber.

However, the bulk of “native” Montanans have not been able to obtain the same good paying and consistent jobs that supported their immediate ancestors.

The most obvious ironic response to the situation is that these native Mountains, the sons and daughters of English, Irish, Italian, German, and other ethnic European settlers (there were, of course, Chinese and other peoples in Montana early on, but that is a story for another time) built their great Treasure State literally on the graves of the people who once hunted, fished, and battled in the mountains and prairies of the land that Spanish explorers called “Montana.”

If native Montanans grumble about formerly “secret” but now crowded hiking trails and rivers that are not easily identifiable on the internet, so too do the native indigenous lament the loss of their own spaces among the trees and waters of what is one of the most beautiful portions of the North American continent.

This is not to justify massive, transformative migration of any kind, which invariably leads to traumatic and destructive cultural and natural loss, and, in its worst manifestation, physical genocide of human populations.

The response to this often brutal reality is a difficult one and requires more than simply ironic posturing and mockery, which is so easy to do in a world that thinks of itself as morally “grey” and “post-truth.”

While every people has a right to cultural solidarity and (peaceful and just) defense of their traditions and heritage, every moral person (especially every Christian) is also called to a deep sense of humility, forgiveness, and ultimately love of neighbor—even when that other raises the housing prices literally ten-fold in twenty years.

Seeing the Midwest New: A Review of The Everlasting People