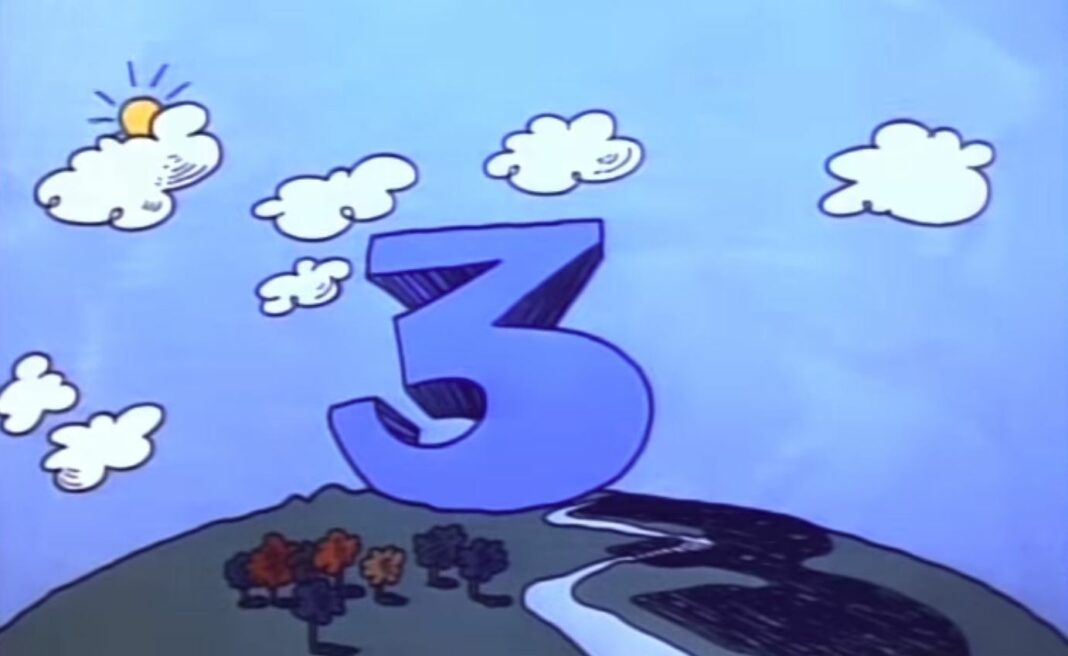 Boise, ID. As a boy, Saturday mornings helped to teach me civics (“I’m Just a Bill”), the rules of English (“Conjunction Junction”) and my multiplication tables.“Three, It’s a Magic Number” was the first of many Schoolhouse Rock! songs to appear on ABC television during the 1970s and 80s. Singer-songwriter Bob Dorough was somehow able to make “3, 6, 9, 12, 15, 18, 21, 24, 27, 30” into a catchy chorus. Other cultural norms came along for free in the verses.

Among those were religious references that would seem shocking today: “Somewhere in the ancient mystic Trinity, you get three as a magic number.” Even in 1971, this was apparently too shocking to animate. So, we kids saw a lightning bolt that did little to advance the “three” theme but avoided anyone having to draw the Father, Son, and Holy Spirit. Similarly, “Faith, and Hope, and Charity” became three young girls (but at least they were prayerful).

Thankfully there was yet no need for dodgy drafting when it came to family formation. “A man and a woman had a little baby. Yes, they did. They had three in the family, and that’s a magic number.” The happy trio was portrayed as described and would even close out the song.

The early 1970s were far from a time of sexual purity. The counter-culture was still proclaiming “free love,” the Stonewall uprising had invigorated the gay rights movement, Deep Throat was about to bring pornography more into the mainstream, and Studio 54 was soon to become a celebrated den of drugs and debauchery. Nevertheless, there were still some protective lines around childhood. Story time at the local library never involved cross-dressing, and The Brady Bunch was the most out of the ordinary family unit portrayed on television.

Today’s children are provided no such relative clarity. Known in my youth for their prodigious use of green slime on You Can’t Do That on Television, Nickelodeon now helps the kiddos count to 10 with the help of an animated drag queen. On the preschool outlet Nick Jr., the long running show Blues Clues embraces the rainbow with a sing-a-long song for Gay Pride Month.

First up in “the big parade” is a family that “has two mommies, they love each other so proudly.” Next, “this family has two daddies.” (They are bears as it turns out.) It only gets more diverse from there on. “Non-binary,” “trans,” “ace,” “bi,” “pan,” “kings and queens,” and “allies to the queer community,” all have their floats amid a kaleidoscope of LGBT+ symbology.

The one apparently straight example in this parade of “families” is an owl couple that get no descriptive lyrics and bring up the rear of the parade. Oddly, the heterosexual duo is presented as childless while little ones abound on most other parade floats. The female owl appears to be wearing a head scarf and both are, of course, adorned in rainbow regalia. For Nickelodeon, “all families are made differently” but none resemble the trio in “Three, It’s a Magic Number.”

The animated drag queen serving as grand marshal for the Blues Clues parade is voiced by Nina West, a former Miss Congeniality from the series RuPaul’s Drag Race who was named Andrew Levitt when born in 1978. West in the flesh also explains the Pride flag for the young audience in another video. “Doesn’t it just fill you with pride, showing who you are on the inside! With the Pride flag up high, be true to you.”

Truth is the heart of the matter. If sexuality is truly defined by dozens of genders and expressions, then as West told EW.com the motivation that “LGBTQIA+ families deserve a safe space to raise their children and celebrate their individuality and grow without fear” is a noble one. If some or all of the alphabet soup is a deviation from an actual objective reality, however, then this year’s flood of rainbow pride is what the prophet Isaiah described as a reason for woe: “Woe to those who call evil good and good evil, who put darkness for light and light for darkness, who put bitter for sweetand sweet for bitter.”

Isaiah’s woe is based on the idea that words have meaning and that the subversion of meaning is a cause for lamentation and correction. The point of that first Schoolhouse Rock! was to teach a knowable and defined multiplication table. For Nickelodeon, however, “family” becomes a matter of will with infinite possibilities. Even the old adage that you can’t choose your family is taken head-on. “Some people choose their family,” West instructs as a float featuring three species passes by. The actual animal kingdom, while presenting variations on heterosexuality from lifelong couples to harems, provides little support for the images in the videos.

The animals are not included for the sake of accuracy, of course, but for the sake of drawing the attention of young eyes. “Come join the fun!” the little ones watching Blues Clues are told. “Love is love is love you see,” but that unintended lesson in the art of the tautology is as close to educational as it gets.

Nevertheless, the chorus joining in with West is a large one. The NFL wants you to know that “Football is gay. Football is lesbian.” My social media has also shown the logos for everything from The Nature Conservancy to Sensodyne toothpaste and the Michigan State Spartans going rainbow. Alaska Airlines, which until 2012 offered biblical prayer cards with its meals (but halted the practice to avoid offending some), has colorfully painted an Airbus so it can always “Fly with Pride.”

The rainbow is, contrary to the ark story with which it was most associated when I was young, now flooding the world. Children today know it best as a symbol of sexuality rather than a promise of God’s mercy. Yet, a bit like Noah, there are still those going against the tide of the culture. Writer Rod Dreher looks at West’s work and laments, “I am starting to no longer recognize my country.” He is certainly not alone, but sharing that viewpoint can sometimes leave one on feeling like an island amid the recent deluge of pride.

For those who still stand by the essential limiting power of words, these are trying times. In an age when homosexuality is immutable but gender is fluid, things can get a bit confusing. Dorough’s original vision, though, has retained cultural relevance for decades. The rock group Blind Melon covered “Three is a Magic Number” for a popular 1996 tribute album, and in 2013, I was among thousands that came to hear Dorough sing his greatest kiddie hits at the Kennedy Center. There, a former employee of the agency behind Schoolhouse Rock! shared the story of how the line “a man and woman had a little baby” helped to cinch the deal. Whether that sort of threesome can still survive as a magic number in the culture of 2021 is very much an open question.

Gays Acting Badly in the White House: A Comparative Study