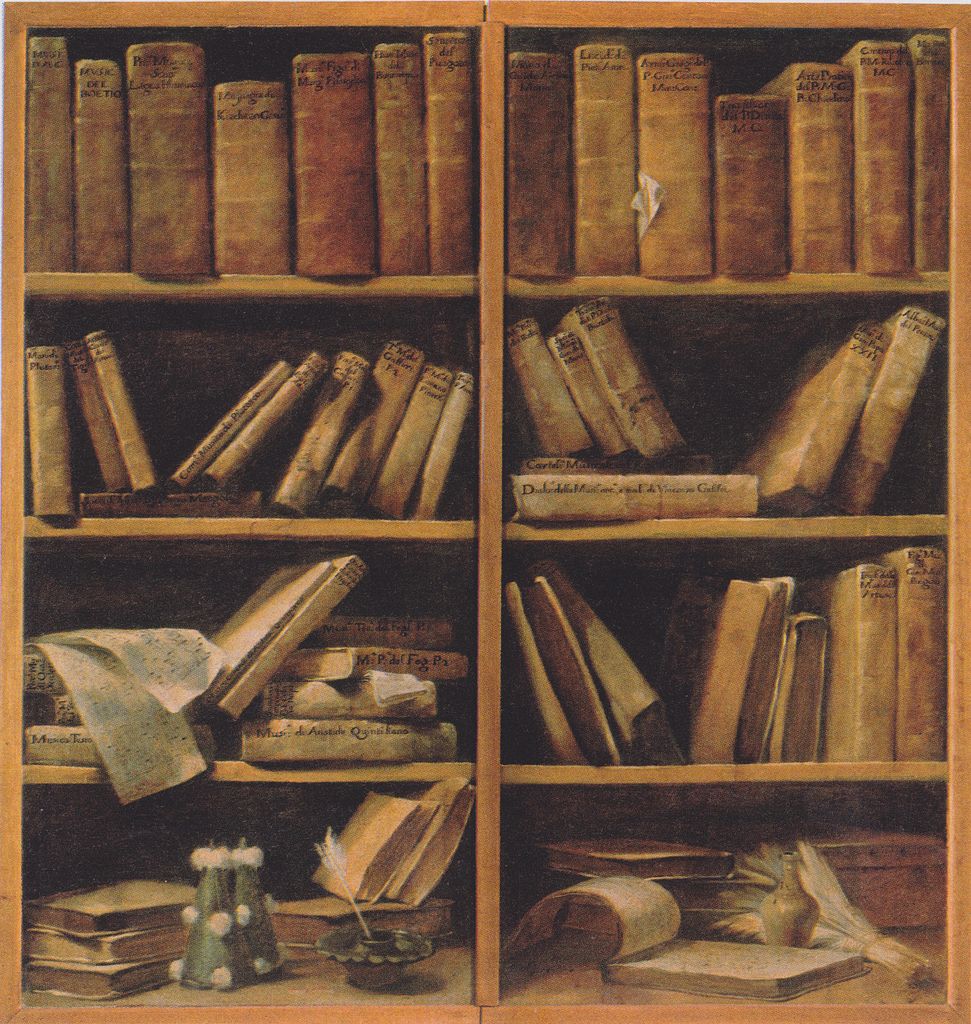 Boston, MA. In the fall of 2020, one of my eighth-grade students stood up in front of our class to publicly accuse me of being a racist bigot. I did not expect this.

At the time, I was teaching in a Classical Catholic school of mostly white students, and I had been asked to design new Literature courses for sixth to tenth grade. Over the previous summer, I designed an eighth-grade Modern Literature course that included not only authors like Tolstoy and O’Connor, but also African American authors like Douglass, DuBois, Hughes, Baldwin, and King. These writers’ works seem to me to deserve the title “Great Books,” but they are often skipped over in classical curricula, and I did not want to skip them.

It was in a read-aloud of King’s Letter From Birmingham Jail that my students, most of whom were white, began to encounter racial language from other eras. While I did not read aloud the letter’s use of the N-word, I left the text otherwise unaltered, including King’s use of the word “negro.” I was surprised when students took issue with this, calling “negro,” an out-of-date racist term which we ought to censor. My instincts and research told me that censoring black authors (beyond curse words) for failing to meet contemporary standards of political correctness could not truly be in the interest of racial justice, which I explained to my students, and for which I was condemned. Paradoxically, defending the literary autonomy of black writers made me subject to accusations of bigotry.

I am certainly no expert in the history of race and racial justice. Yet this experience led me to recognize contradictions in the moral sentiments of my well-meaning, progressive students prone to activism. I have often found the format of a philosophical dialogue helpful in fleshing out such contradictions. Consider the following imagined conversation:

Student: Why do we read so many dead white men in this class?

S: We should have more diversity. Where are the books by women of color?

T: This is a course on ancient literature. There were not many black female writers in Athens, or elsewhere, two thousand years ago.

S: Why study ancient Greek literature at all, then? We should get rid of classes like this one.

T: I want to understand that idea better. You want to reform our curricula according to some standard, and that standard makes books by women of color worthwhile and books by ancient Greeks worthless?

T: What is this standard? Why are some books important and other books unimportant?

S: Most of the books we read in this course are by European men. They’re all written from the same perspective. We need diversity.

T: So your standard of a good curriculum is one that includes more diverse perspectives. Which perspectives are you thinking of?

S: African American perspectives, for starters. What about assigning us Beloved, or Between the World and Me?

T: Toni Morrison and Ta-Nehisi Coates write excellent books. Including them would add some racial diversity to our curricula. However, I notice those books were both written in America in the last 40 years.

T: You said a diversity of perspectives is important. Adding these recent American books may increase the racial diversity of our curricula. But imagine if all our books were written by Americans in the last forty years. Might such books share certain assumptions, being written in the same country and era?

T: Assumptions which Aristotle, for example, would not share?

T: And so would literature from fourth-century Rome, or thirteenth-century England?

T: Then according to your standard of good curricula, alongside contemporary black texts, we should include the historically and geographically diverse texts which typically define Great Books curricula?

S: No. Historical diversity is not important. All the books I suggested are relevant for us today, and old books aren’t. Reading what some ancient Greek said about politics won’t help us end racism, sexism, and capitalism.

T: You seem to be changing your thesis, then. Now you’re saying we should get rid of old books because we only need diversity among contemporary writers?

T: What sort of literature could I read if, for example, I wanted to understand what’s wrong with capitalism?

S: You could read things by Marxists.

T: And Marxists are people who read and think in line with Karl Marx?

T: So I need to read Karl Marx – a European man who wrote 200 years ago – and the tradition which responds to him if I want to grasp and work towards your social goals.

T: So reading a dead white man can help us understand contemporary problems.

T: If that’s true, should we read other old books too? Marx borrowed heavily from Hegel, so Hegel might help us understand contemporary problems. And Hegel and Marx were both influenced by Plato. Do we need these older texts to ground our solutions to new problems?

S: No, Plato and Hegel are too far from our world today. I go back on what I said: Marx is too distant. He’s not relevant like contemporary Marxists.

T: I see. How do you suppose these contemporary Marxists became so wise?

S: They have studied the structures of capitalism deeply.

T: But so have people of other political philosophies. What did they study to become wise Marxists?

S: Marx, I suppose. But they have probably have improved on Marx, which makes Marx himself irrelevant.

T: Could those Marxists have improved on Marx if they never read Marx?

T: If we want to train more wise Marxists who can speak to today’s issues, then, shouldn’t we encourage people to read and critique Marx?

T: So it seems old books are important for contemporary problems. Political movements today rise out of conversation with touchstone texts of the past, and those movements would lose their vitality and intelligibility if we lost those books. Isn’t school the ideal place to keep alive these movements through contact with old books?

S: You’re missing the point. Most of those books are by white men, so focusing on “Great Books” is racially exclusive. You need to read people of other races and genders. Our curriculum should include Douglas, Dubois, Hughes, Martin Luther King, and Toni Morrison.

T: The authors you name are excellent. I agree, we should read them. How can I prepare myself to best read Martin Luther King?

S: Understand the conditions he lived in. Read about post-Civil War America and understand King’s values.

T: King’s values were influenced by African American history, certainly. There’s a reason for history classes. But King was also shaped by classic Western thinkers like Plato, Augustine, and Aquinas. If you’re right, doesn’t it mean that to understand his writings, I would need to study the very Western Tradition he studied and taught?

T: It’s the same with Marx as it is with King, then: we cannot understand these thinkers and their movements fully if we do not understand what they studied. Indeed, we would not have gotten King if his teachers hadn’t given him Aquinas.

T: And if we want to create curricula that prepare us to (a) understand thinkers of color and (b) train new thinkers of color, won’t we end up designing classes like we have now, which focus on ancient, medieval, and early modern, and contemporary thought?

S: But that leaves us studying mostly white men.

S: A social category based on skin light color, which affords privileges.

T: The social worlds of Plato and Aquinas didn’t utilize any such social category. We could not call them “white” in their own contexts, right?

S: I guess not. But this still leaves us reading mostly Western men, at least.

T: That’s true. Do we have an alternative that doesn’t lose the very authors you want to highlight? If in the name of racial inclusivity we throw out the Western Tradition before 1950, King becomes uncontextualized, divorced from the conversation of which he considered himself a part.

T: I agree. We should lament those oversights, and we should listen to women and people of color, both today and in the tradition. But if we throw out classics written by men in that effort, our goal becomes more difficult.

T: If we stop reading Darwin because Darwin was a white man and white men had too much power, we deprive future female biologists of the chance to understand their own field. If we stop reading John Locke, we deprive future politicians of color of the chance to understand the philosophical core of American government. This is partly why Cornell West said his university’s decision to stop teaching Classics was a spiritual catastrophe. Many of our canonical texts were written by European men, but those texts are nonetheless the heritage of all Westerners. Great African American thinkers have found the classics to be treasures worth studying, so wouldn’t it be vicious, and unfair to those thinkers, to take the classics away from my students today?

The imagined student’s intentions are honorable: to promote racial justice. But when the conversation begins, she has already set herself against the teacher and the course. The task of the teacher, then, is to encourage her pursuit of justice while showing her that her plan will undercut it: to show that the Great Books are not enemies, but allies. If this can be done, the student and teacher may even realize the same about each other.

I am fortunate in that I was eventually able to reach agreement and reconciliation with the student who condemned me. I think he needed not only to be more informed (for the sake of which I gave a nearly two-hour lecture on the history of racial language), but perhaps more importantly, to see that we had the same goal. I doubt he remembers any details from my lecture, including my argument that censorship excludes authors of color more than anyone. What he needed to see was that I took him seriously: that I went to the trouble of researching and giving the lecture because his judgments mattered to me, even when I disagreed. In the end he came to care about my judgments in the same way. We became at last not mere combatants, but partners in search of truth, goodness, and beauty.

Defining Race: A Review of Classified: The Untold Story of Racial...

A Tale of Two Tragedies