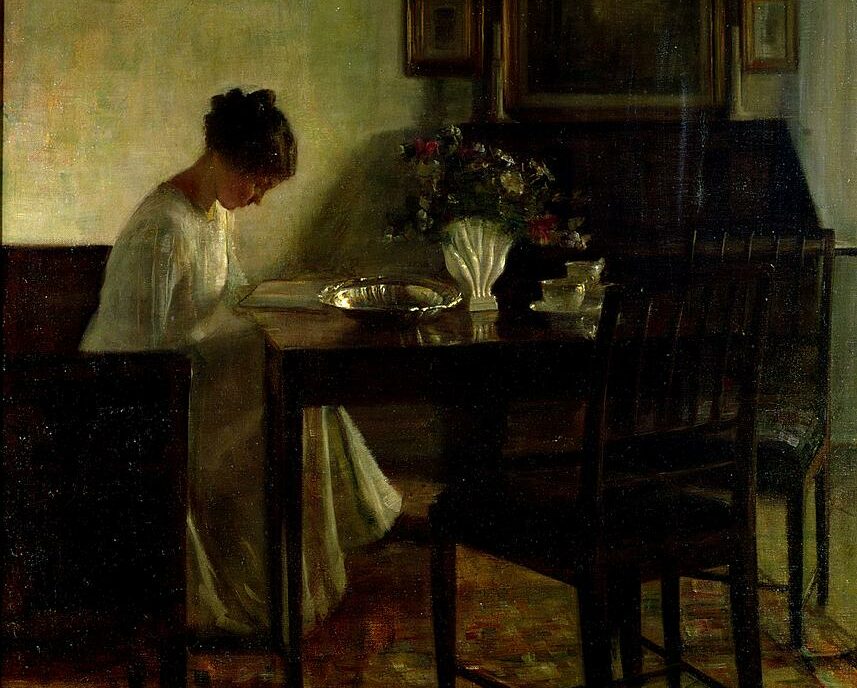 West Palm Beach, FL. An unexpected Netflix delight this past year was Pretend It’s a City, which was both a love letter to the city of New York and a series of interviews with writer Fran Liebowitz, directed by her friend and fellow New Yorker Martin Scorsese. Liebowitz is famous for her love of books, which was especially highlighted in episode seven, “Library Services.” As Liebowitz explains, “no matter who you are, you have just your life. But in books you have a zillion lives, you have a zillion things. To me, it’s just a way of being immensely rich.” Once, as a child, when she dropped a book, she kissed it as she picked it up. Her confused mother asked her why and Liebowitz said she had seen people kiss books in synagogue. Liebowitz had a very high view of books. It’s “not every book” that merits the practice her mother told her. In higher education today, a similar conversation is happening about esteem for books, their true value, and the ways that we interact with them.

Across American universities, books continue to be assigned, read, and written, but the shape of books is changing. The beginning of this century saw the rise of e-books and audio books. Readers of all kinds began reading in new ways, on tablets and devices. Books became more portable and accessible. The “pocket library” books of old are no match for the actual library you can now carry in your pocket on your phone. As the internet expanded, books in the public domain became available on websites and as pdfs. The printed page faces increasing competition from the digital page. The same is true in periodicals, where many people now opt for “digital only” subscriptions. And if digital books first made inroads with private readers, they are now advancing in the realms of public and private universities.

In many ways, universities are old-fashioned and slow-moving institutions. They are an organizational model that has lasted centuries, as have even many individual schools. Newly minted PhDs must create new knowledge, but they are also required to be familiar with generations’ worth of existing knowledge. Many of the people who work in universities love books much like Fran Liebowitz does. But they also assign books to undergraduates, whose feelings for books ranges the entire spectrum from affection to indifference. Faculty must place book orders with university bookstores, often outsourced, and must place those orders in a timely fashion. Many states have regulations surrounding textbook adoption to ensure that students can gauge costs as soon as possible and make the best financial decisions. As tuition prices rise, universities are hoping that driving down textbook costs will dampen student expenses. Bookstores and publishers have responded by giving students the option of renting books and by pressing digital books as a way to decrease prices (and publishers can save money on printing). University libraries, too, are housing more and more digital books rather than traditional books. E-books take up less shelf space and make room for more collaborative workspaces.

Many faculty are resistant to the widespread adoption of digital books in university libraries and classrooms. These faculty are often viewed as nostalgic naysayers who simply hate reading on screens and love the smell of lignin. And some of the resistors actually are just that. But because of this image, the concerns of reluctant adopters are drowned out by the claims of the digital advocates, which include appeals to access, ease, and affordability. But there are many reasons for faculty and universities to reject a wholehearted embrace of digital books that have nothing to do with nostalgia and everything to do with economics and the mission of the university.

The everyday experience of digital books suggests that they would make sense for universities. When you purchase a book for your Kindle, it’s cheaper, easy to carry around, and you keep it forever. The price difference is especially appealing. Academic publishers and sellers have now even developed platforms to lower prices when universities opt into e-books on the grand scale. But not all digital books are created equal. The private user’s experience of e-books is deceptive. Digital books on campus are not like the books on your Kindle. Digital books which are “sold” to college students are mostly best described as “rented.” They usually disappear from the digital bookshelf at the end of the semester, students have limited ability to print any portion, and, in some cases, users can only access the content with an internet connection. The student is not getting much of a “deal” compared to actual ownership. In fact, those who study the numbers have found that students rarely even save money with the “inclusive access” textbook model that so many publishers and bookstores are promoting right now as the next big thing.

The situation with university libraries is even worse. The digital books that libraries have on the shelves are nearly all acquired through a subscription model, with annual payments that often increase. Digital books take up less space, but they are not, in fact, always cheaper. Especially not if you’re never done paying for them. Even worse, e-books seem to offer the possibility of unlimited readers for a single title, but many libraries are limited in how many students can access a single digital book at any time. Is a digital book leased by the library indefinitely and only available to six readers at a time actually preferable to two physical copies that are paid for as soon as they are acquired? The university market for digital resources is remarkably dissimilar from the experience of individuals with personal e-readers.

If the costs and experience are what they are, why do digital books in universities keep marching forward? Why do so many people buy in to such an inferior subscription model? One possibility is that our widespread cultural confidence in technology is so well entrenched that we do not bother to examine the actual costs and benefits. There is an underlying assumption that whatever is newer must be better. Many people also seem to believe that advanced technology will inevitably lead to a more affordable outcome. These assumptions spare us the effort of actually analyzing our options and choosing wisely among them, or advocating for other options. Our affection for circuit boards may be short circuiting our critical thinking.

Another possible explanation for such quick acceptance is a sense of fatalism about technology and about the economy. Publishers are increasingly reluctant to print textbooks if they can avoid it and publishers of all kinds of books are more interested in the e-book subscription model than they have been in the past. Many college bookstores are also pushing the subscription model because the publishers are encouraging it, both through incentivized programs and by making printed books more scarce. The supply seems to be drying up. Some universities encourage acceptance of this new reality. The same is true with some individuals, who claim to prefer the printed page but meekly accept the possibility that it is simply outdated.

The fear of being outdated further clouds the situation because it prevents many people from questioning the subscription model. Resisting technological change can mean being viewed as old-fashioned, which is a half-step away from being obsolete. While it is true that many professors who oppose digital books are motivated by the kind of love for books shown in the life of Fran Liebowitz, it is also true that many universities are more worried about being left behind by trends or labeled old-fashioned than they are with the actual circumstances surrounding digital books on campus. Hence it may be appropriate for the love of books that is present on most campuses to motivate us to seriously consider what changes to our relationship to them might mean.

Professors and administrators should speak up about the nature of digital books on campus, not to avoid all change but to actually secure advantageous changes and facilitate better adoption of technology. They should also critically consider their options because while publishers control supply, universities have a significant amount of control over demand. Universities essentially are the market for academic books. Many universities even have their own presses. If individual universities feel unable to exert much influence on the university book market, surely the broader communities of universities that already exist would be able to do so. The SEC is not just responsible for many football ticket sales but also a tremendous amount of book sales each year. And if bookstores are unable to secure the types of products from publishers that universities seek, universities can and should shop elsewhere. There is no reason for market forces to be sidelined in the conversation over book formats. Universities can and should exercise their clout as consumers.

Universities owe it to their students to fully consider the costs and benefits of technological trends and not simply opt into everything new. The real problem with digital books in the university setting is not the format, but a model which pushes students and libraries to rent access, at a steadily increasing price. Universities ought to use their position in the marketplace to advocate for a model that is financially advantageous to all. And if universities continue to claim to develop critical thinking, they should model serious consideration of technology before adoption rather than uncritical embrace of everything new, regardless of cost. Universities can and should reject the false dichotomy presented to them by current advocates of e-books, which suggests they must choose between the present model and being left behind.

In Pretend It’s a City, Fran Liebowitz suggests that “a book isn’t supposed to be a mirror, it’s supposed to be a door.” Universities are the same. They are not meant to simply reflect the times and trends. They are intended to open doors to existing knowledge and doors to a reimagined future. To do so, universities can and should be discerning in their adjustments to the times and their adoption of new technology. Uncritical embrace of novelty or fatalism in the face of economic forces is neither inspiring nor an intellectually helpful model for students. When considering the options for digital resources in the classroom and campus library, universities should not settle for paying more and getting less.

How Shall We Train Up A Child?: The View From One...