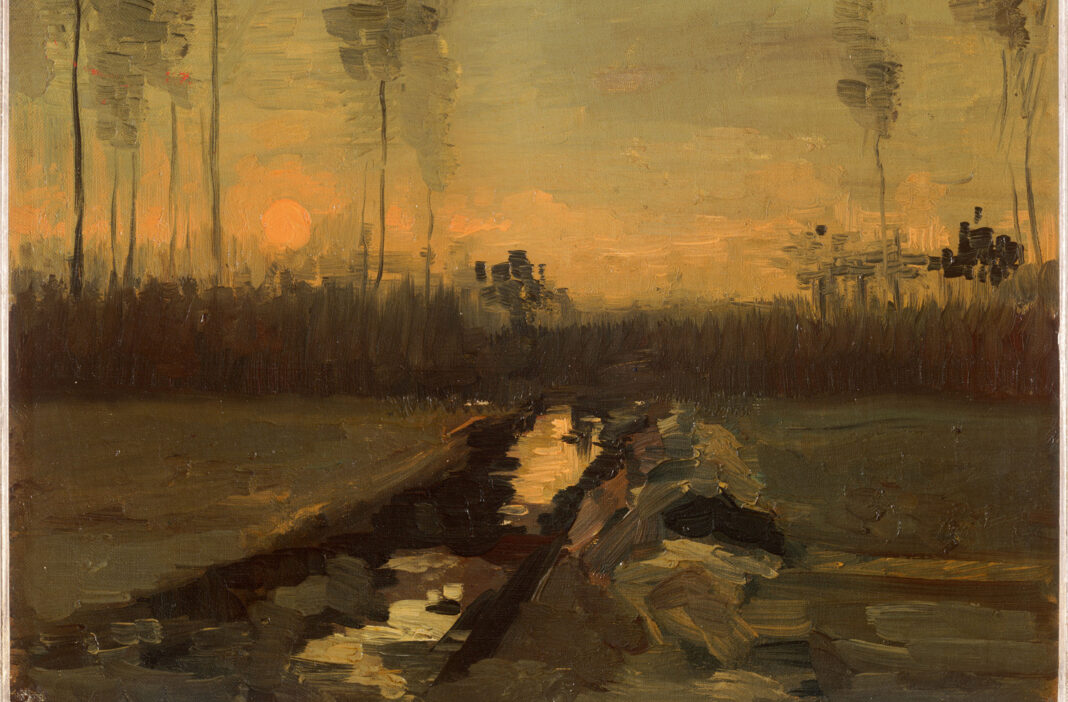 Philadelphia, PA. Art occupies many roles in human society. Primarily, it conveys beauty, an inextricable part of the good life. Conservative thinker Roger Scruton wrote in Beauty: A Very Short Introduction that “[a]rt moves us because it is beautiful, and it is beautiful in part because it means something. It can be meaningful without being beautiful; but to be beautiful it must be meaningful.” Meaning can be personal, religious, cultural, even political. But to some, meaning manifests primarily in the form of dollar signs, tempting speculation. Who can forget the tale of how Dutch merchants bid until they sprouted a tulip bubble, only for prices to wither when people realized valuations were totally disconnected from the beautiful flowers’ actual worth? Beauty is linked to monetary worth in nearly every market economy, but in a climate of financialization, prices can easily skyrocket far in excess of any reasonable value.

The speculative bubble du jour is something called an NFT—a non-fungible token. NFTs are virtual representations stored on a blockchain, or a distributed ledger of data. In very simple terms, everybody who owns something on the blockchain adds a piece of data to a database of all owners and assets on that blockchain. Anybody can verify ownership by searching this ledger, which cannot be changed after the fact and provides a secure, chronological timeline of data. Unlike cryptocurrencies backed by blockchains, NFTs are not fungible, meaning each is unique and not interchangeable with one another. A Bitcoin can be traded for another Bitcoin, but one NFT is not the same as another. Perhaps you’ve seen animal drawing NFTs online, or even NFTs in the form of videos or sound clips. Today, sports highlights that can be watched for free on YouTube are now sold for up to $200,000 each. Memes your grandma probably posts on Facebook sell for nearly $500,000. In essence, people pay thousands of dollars for pictures that can simply be saved by right-clicking. Worse yet, people have begun to rent NFTs, not even coming to own a virtual image. This seems pointless at best and unnerving at worst.

However, NFTs have many defenders. Oscar Yeung, the co-founder of a token-investment firm, hails NFTs for providing artists with direct revenue streams, making capital markets more flexible and allowing more assets to become investment vehicles. I see no reason to contest Yeung’s claims. I support allowing struggling artists to reach more people and recognize how NFTs make that possible. Being able to turn anything into a token does indeed open up new opportunities, although this is not an unassailable good. Going even further, other techies defend NFTs as “represent[ing] a shift in power structures to a creator economy.” After all, if more people can own property, even virtual property, perhaps they can obtain the independence that may accompany it. On paper, this sounds promising to those of us who long for a wider distribution of productive property. Could NFTs really be a healthy distributist solution? Can a farm animal JPEG take the place of farming a small plot?

Surely, the underlying blockchain technology behind NFTs and cryptocurrency will prove useful. Smart contracts could be written as self-enforcing and self-auditing, lessening the need for parties like the state to intervene in transactions and opening markets to more competition. Blockchains can also help secure land ownership rights in developing economies, formalizing decentralized property ownership and protecting families against exploitation.

But in practice, blockchain’s most popular applications have been marred by concentration and instability. For one, concentrations of cryptocurrency are becoming apparent in this largely unregulated market: for example, just 1% of Bitcoin holders possess 27% of the supply. Cryptocurrency and NFTs lose their decentralizing potential if they simply replicate patterns of inequality elsewhere in the economy. Additionally, people unwisely stake their life savings on cryptocurrencies whose value fluctuates wildly. In just a week this January, the cryptocurrency market has lost $1.4 trillion in aggregate value. Moreover, whole countries like El Salvador bought into the craze and now face the consequences as their economies ride the crypto roller coaster, leading to citizen protests against bitcoin adoption.

While blockchain holds unfulfilled potential and some NFTs do possess aesthetic value, their rapid ascendance reveals disturbing truths about our economy. One especially ironic NFT helps uncover the NFT craze’s downsides. Strangely, a user named “Wildsheep” is selling a pixelated portrait of Wendell Berry as an NFT, which nobody has yet bid on. Front Porch Republic readers will appreciate the irony of speculating on a virtual image of Wendell Berry, who refuses to buy a computer or smartphone and instead insists on writing by pencil. What then might the great Kentucky agrarian say about NFTs? While Berry doesn’t discuss NFTs explicitly, answers to this question can be found in What Matters? Economics for a Renewed Commonwealth, a 2010 collection of Berry’s economic writings.

Primarily, Wendell Berry assails the very speculative economy that NFTs represent and entrench. An economy based around reckless gambling on digital images cannot support community or respect limits, two central themes of Berry’s work. While ostensibly promising decentralization, NFTs instead further a hyper-financialized economy built on falsehoods and abstractions, one that Berry labels in “Money Versus Goods” an “anti-economy” or “a financial system without a sound economic basis and without economic virtues.” He further lambastes how this economy produces goods that are destructive, fraudulent, unnecessary, useless, or any combination of the four.

The NFT economy checks off a number of these boxes, too often “trading in various pure-nothings.” Many artists find their own work for sale online as an NFT without their consent. Any promise NFTs might have for otherwise unremunerated artists vanishes when their work is shamelessly stolen and pawned off. Because “anyone can mind anything” and “you don’t have to verify you own something before putting it on the blockchain,” the setting is ripe for rip-offs. A teenager recently scammed people for $144,000 with fake NFTs and then vanished with his virtual loot. Apart from such naked exploitation, these images’ artistic value is sometimes subpar, a fact lost in the bid-drunk haze of a fad. A computer program can churn out endless variations of one image, eliminating artistic effort and therefore unchaining a token’s price from the value of the work put into it. In addition, many NFTs seek to make unique items that are freely available elsewhere. Memes or other images that have been on the web for years are suddenly ascribed absurd price tags, lending this craze its distinctly phony aura. There is no sound economic basis to liquidate one’s savings for a meme found all over Twitter. Wendell Berry would argue that the practice of selling overinflated nothingness is morally dubious, as are the various fraudulent schemes cropping up. By enabling this behavior, the unregulated NFT craze worsens deeper economic crises.

Wendell Berry notes in “Two Economies” that “we seek the Kingdom of God, in part, by our economic behavior, and we fail to find it if that behavior is wrong.” Morality cannot and should not be severed from our economic actions, for doing so breeds injustice. For Berry, the human economy, or the structures we deal with daily, should work harmoniously with the interconnected Great Economy, which is composed of the links between nature, humanity, society, and God. Excessive speculation, which tempts even more unvirtuous behavior, undermines our relationship with the Great Economy by gratifying sin. Somebody always loses in get rich quick schemes, often the investor who gets in too late to make money. But even those who gain financially sacrifice their morals if they knowingly pawn off NFTs that won’t be worth anything in a few months. This elevation of abstract, fleeting value leads us farther away from the Great Economy by separating price from real value and interconnection. People manipulate one another in a hyper-financialized economy instead of working together. Berry writes forebodingly about how the human economy too often generates “value that is first abstract and then false, tyrannical, and destructive of real value.” History is littered with examples of overspeculation gone wrong; from the Panic of 1837 to the Financial Crisis of 2008/2009: when our economy strays too far from reality, it snaps back in harsh, unforgiving ways. NFTs might not cause a global depression, but their current craze crowns exploitative behavior.

This mad rush also gives rise to hubris; only hype supports inflated NFT prices, especially for quasi-replicas or easily obtainable pictures. So, when investors presume that values will rise forever, do they not exhibit the very lack of “self-control in an economy that encourages and rewards unlimited selfishness” that Berry discusses in “Two Economies”? Overconfident investment in a digital mania exemplifies the limitlessness of our Wild West neoliberal mindset. Any market based on trading unbacked currency for overhyped, often-fake digital images at unreasonably high prices is doomed to instability. At some point, prices will collapse and people will realize how absurd this all was. Those who bought at a certain point in the market will lose it all when the next pixelated fad emerges. But by then, the NFT craze will have drawn more people into the “commonly accepted basis of our present economy,” the “idea of a limitless economy [which] implies and requires a doctrine of general human limitlessness,” as Berry writes in “Faustian Economics.” Regaining a healthy sense of limits means stepping back and questioning NFTs, not uncritically hailing them as the next decentralist frontier.

Even beyond their overly speculative nature, NFTs actually fuel environmental degradation. While virtual economies seem greener than steel mill smoke stacks, the minting and mining of NFTs and cryptocurrencies exhaust a ridiculous amount of energy, much of it generated by fossil fuels. Cryptocurrencies based on the ‘proof of work’ model ensure security by forcing users to solve puzzles to gain access to the ledger. While it remains difficult to discern the exact energy consumption of one user, an expanding NFT economy increases energy consumption. Thankfully, different protocols like Zer00 and proof of stake might mitigate this impact, but uptake is a gradual process, meaning virtual tokens don’t just waste money, but electricity too, despoiling the societal and natural environment.

Decades before the rise of crypto, Wendell Berry presciently addressed this concern in his (in)famous essay, “Why I Am not Going To Buy A Computer.” He cites as one reason the fact that computers work on energy dependent on strip-mined coal, which parallels the way NFTs and cryptocurrency mining rely on nonrenewable energy generation. In Berry’s telling, the industrial (perhaps post-industrial in the case of the virtual economy) economy views nature as inexhaustible raw material, disregarding natural, unchosen limits. With NFTs, this flagrant disregard fuels an unsustainable system easily linked to their speculative mentality.

Contrary to the decentralizing promise their vocal supporters dream of, NFTs more closely represent “a financial system based on easy credit, cheap energy, over-consumption, unsupportable ‘development,’ waste, fantasy, ‘bubbles,’ and sometimes nothing at all,” per Wendell Berry’s description of financialized economies in “Major in Homecoming.” While some are admittedly pleasing, NFTs will not be the great decentralizing force many of us long for. Instead, their rapid profusion creates speculative bubbles and too often rewards unvirtuous swindlers while harming the environment. Before you jump onto the bandwagon and end up owning the internet’s most ironic NFT, it’s worth reflecting on Wendell Berry’s economic teachings.