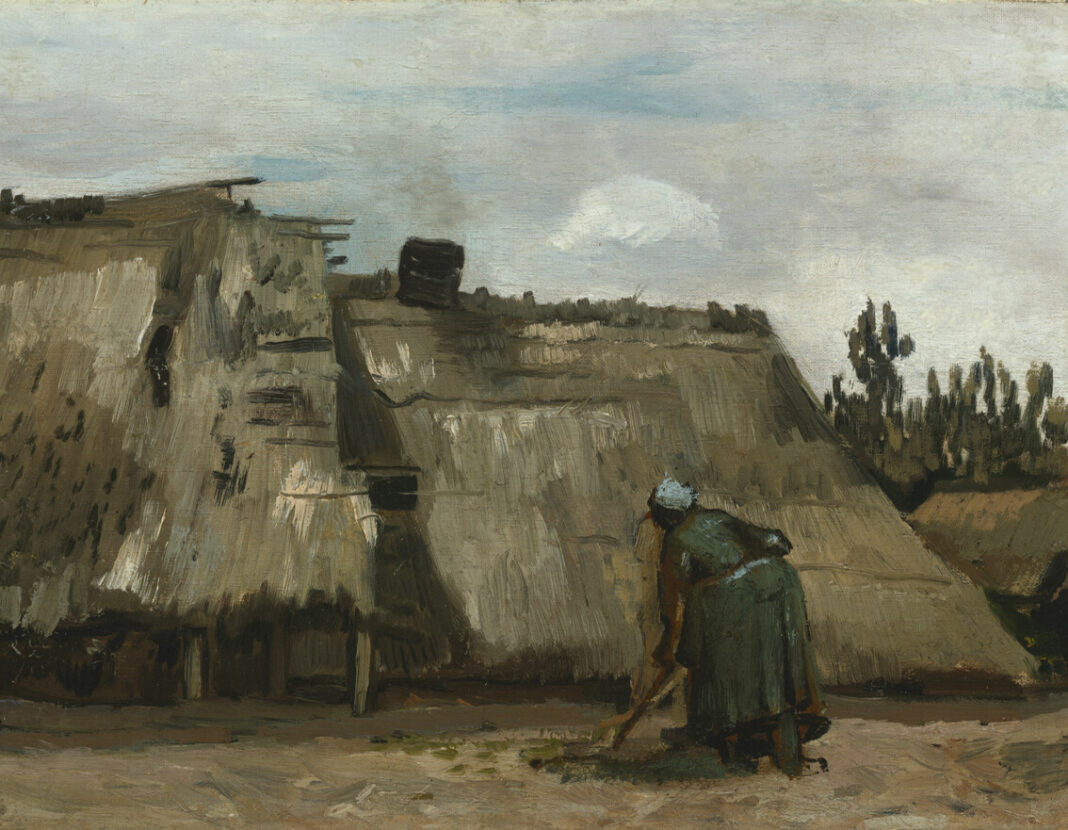 South Bend, IN. One way to describe this new anthology from the Breaking Ground project is as a “Good Party,” to borrow a phrase from contributor Tara Isabella Burton.

A Good Party, she suggests, is “a place where bonds of friendship, fostered in a spirit of both charity and joy, serve as the building blocks for communal life overall.” With 52 contributors filling almost 500 pages, we’re speaking of something close to a block party, one at which we run into some familiar faces, meet a number of wonderful new people, and even glimpse a few Almost Famous People.

The collection is one of the fruits from a Covid-year collaboration between two magazine editors, Anne Snyder (editor-in-chief, Comment) and Susannah Black (senior editor, Plough). It is sponsored by a collection of some 19 Christian organizations, including the Trinity Forum, Fuller Theological Seminary, New York Encounter, AEI’s Initiative on Faith & Public Life, CUA’s Institute for Human Ecology, the Davenant Institute, the Council for Christian Colleges and Universities, and the Center for Public Justice, in addition to Cardus (publisher of Comment) and the Bruderhof-sponsored Plough magazine.

Breaking Ground is divided into four sections—the seasons of the “pandemic year”—beginning in Summer (June 2020) and ending twelve months later. The point of this pilot project, according to the editors, was to assemble various voices to offer Christian humanist reflection on the twin crises of Covid-19 and the racial reckoning that followed George Floyd’s murder. The project—operating as a kind of “web commons”—aimed to seize this moment as a moral opportunity, a rethinking project aimed at community-building, or even a “citizen manual for the future,” as Snyder puts it.

Contributors are mostly evangelical or mainline Protestant, with a few Calvinists and a couple of Catholics. J.L. Wall represents, I believe, the sole Jewish contributor.

Here follows a necessarily selective browse of the menu at this big bash. Since there was no overarching agenda here beyond a call to reflection, it’s inevitably a bit of a potluck experience.

“Summer” (2020): After opening essays from the editors, this section offers pieces from Mark Noll (“What Kind of Turning Point?”), N.T. Wright (“God and the Pandemic”), and Gracy Olmstead. The latter’s “In a Time of Pandemic: Health Is Membership” would likely be of special interest to this Wendell Berry-minded FPR audience.

Berry comes up again in Anne Snyder’s joint interview with Joe Nail and Benya Kraus of Lead for America, an organization whose mission is to recruit recent college graduates to return home in two-year fellowships for civic and service work.

J.L. Wall opens his essay on “The Habits of Exile” with a striking quote from Rabbi Samson Raphael Hirsch suggesting that had he the power to do so, he might close the synagogues for 100 years. What would happen? “Jews and Jewesses would be forced to concentrate on a Jewish life and a Jewish home,” a situation representing “the strongest protest against the abandonment of Torah in home and life.”

(I read this thinking of a similar, equally radical proposal, which I owe to evangelical author Wolfgang Stimson. I suggest we drop entirely the word “Christian,” a term never used by either Jesus or the apostles and occurring only three times in Scripture, all of them in a somewhat pejorative sense.)

Moving on, Danté Stewart’s “Alright” is about praise and “narrating joy”, i.e., Black joy in the face of brutality. He quotes the excellent Robin D.G. Kelley—a name I admit I was not expecting to find in this book—on tapping “the well of our collective imaginations, that we do what earlier generations have done: dream.” (Are most self-identified Christian conservatives comfortable with other people’s dreams, one might ask, especially their dreams of liberation?)

The section “Autumn” (2020) brings us to Patrick Tomassi’s “Portland: On the Ground,” well-written reportage examining that city’s outbreaks of neighborhood nihilism that summer. Amy Julia Baker asks “Is God Anti-Racist?”, as well as wondering why Christians have been so late to cultural action on social justice.

Jeff Bilbro’s well-done “Going Dark” is about the twin shocks of first losing his teaching job and then discovering several colleagues have lost theirs also, all this in the middle of a pandemic. In a larger sense, I think the piece captures something of the precarity of millennial life, a spiritual (as well as economic) condition that our Christian institutions don’t seem likely to address or even recognize any time soon.

Fans of Marilynne Robinson (as well as of John Calvin!) will appreciate the novelist’s interview with the Trinity Forum’s Cherie Harder. A discovery for me in this section is the writer L.M. Sacasas, whose “The Skill of Hospitality” invokes Ivan Illich for his notion of friendship as the starting point of politics.

“Winter” (2020-2021) brings us to Aryana Petrosky Roberts’s “Praying through the Political Divides in the Family,” in which she describes difficult Christmas conversations at home in Nevada with her father. In a collection so mindful of the need for a new politics, I find poignant—and familiar, given my numerous younger acquaintances—her comment that while her resume is filled with politically conservative affiliations, she feels herself to be another millennial who is “politically homeless.”

Other contributors in this section, each of which will likely have their readers here, include Oliver O’Donovan (“Politics and Political Service”), W. Bradford Littlejohn (“Justice in a Time Out of Joint”), and Brandon McGinley (“Relative Is Out. Truth Is In”).

Finally, “Spring” (2021), the section in which I finally discovered Phil Christman (“How To Be White”), whose work I’ve had on a short list for some time. His essay here is both deeply thoughtful and highly readable—FPR folks might be reminded of Bill Kauffman’s sparks-showering prose. “Uncompromising cross-racial humanist solidarity” is Christman’s banner, one he picks up from Dr. King and Fred Hampton, among others. His prose—in service to that cause—is simply a delight.

If any one piece in the collection comes close to limning out a real-world program, it may be Luke Bretherton’s “Recovering Democratic Politics,” with his four-part proposal of listening, assembly, organizing, and shared action. I also highly recommend his podcast about the connections (both hoped for and real) between the churches and community organizing.

Co-editor Susannah Black (“Breaking Ground”) reminds us usefully of J.H. Oldham’s The Moot, a kind of non-literary Inklings group from the 1940s focused on social regeneration rooted in Christian humanism. It didn’t accomplish much practically, but Black argues that it was the right model, adding that “magnanimity will spur us to greatness” if we can agree to recover a “Christian-humanist public sphere.” This will require us “regaining authority by overcoming pusillanimity” and taking up our “duty of candor,” as she puts it. Possibly another essay of hers will be needed in the project to unpack these ideas further.

Mostly a family affair, then, this literary party of North Americans (with a few Brits as guests). While festive, it left me wishing for at least one Catholic voice representing the style of Christianity I call Liberation Theology 2.0, the deMarxified teología del pueblo as enunciated by Pope Francis and numerous others. Its concept of communal spirituality, as recovered and articulated by Gustavo Gutierrez, is another process of ressourcement, one much more attuned to today’s task of real politics by my lights than the exhausted themes of a fading European Christian culture.

I’m thinking of Christian authors like Michael Budde, whose new book Foolishness to the Gentiles builds on Budde’s earlier writing about the need for a global “ecclesial solidarity” among Christians and a kind of conversion that goes beyond personal conscience to a new membership with public consequences.

Perhaps this project might next break ground in the global South in order to converse with our brothers and sisters of Latin (and African and Asian) Christianity—such a good party that will be.