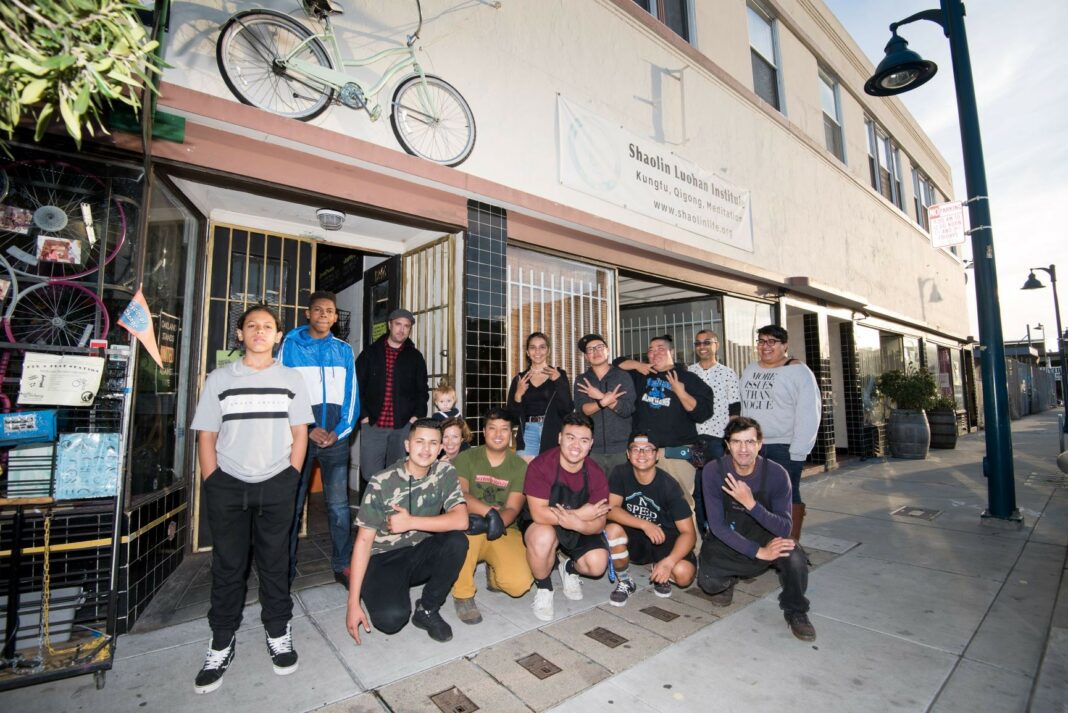 “We abuse land because we regard it as a commodity belonging to us. When we see land as a community to which we belong, we may begin to use it with love and respect.”

South Bend, IN. Leopold’s statement in his iconic 1949 essay collection (one of Wendell Berry’s top six books on environmental protection) is visionary but not utopian, as I hope to show here. While Leopold’s land ethic focuses on our relationship with the biotic community, there is also the land ethic of the human community, now also endangered and at a global scale. 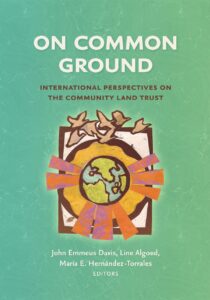 On Common Ground, the book under review here, is partly a collection of case studies of local solutions to the land crisis for human settlement, specifically through the use of community-led solutions called community land trusts (CLTs). These legal structures could be said to represent “the intersection of property, power, and place.”

Published by the Center for CLT Innovation and edited by John Emmeus Davis, Line Algoed, and Maria E. Hernandez-Torrales, this is an anthology of pieces by 42 authors. Selections cover the origins of CLTs, the shift from models to a movement, regional seedbeds (in Latin America and Africa), urban applications (including urban agriculture), and critical perspectives.

Some initial distinctions. The CLT model could be seen as the center of a Venn diagram in which the three elements of community, land, and an organization acting in trust (usually a non-profit, rarely a literal real estate trust) overlap. “Trust” in this context refers to how the CLT operates, not how it’s organized.

Notice also that “community” here does not merely equal “public,” even though local governments are usually needed as partners.

CLTs first appeared in the amidst the Civil Rights movement with the New Communities project near Albany, Georgia, with a vision that emphasized the ability to be rooted in place.

Notable examples of CLTs include the Champlain Housing Trust in Vermont, the Dudley Street Neighborhood Initiative in Boston, and the El Cano Martin Pena in Puerto Rico, with the latter adapting the model of an informal settlement.

Some CLTs focus less on provision of housing and more on preservation of watersheds, woodlands, and agricultural lands.

Nevertheless, CLTs today are a key strategy in community responses to the impacts of gentrification and dispossession, along with land banks, limited equity cooperatives, resident-owned communities, and community benefits agreements. They usually operate within geographic boundaries—from a single neighborhood to an entire region.

By design, CLTs enable greater democratic (and local) control of land and housing, in support of more inclusive ownership and access. Partners usually include local anchor institutions (larger NGOs such as hospitals and universities), as well as other key stakeholders and funders. Thus CLTs involve tripartite governance: the residents leasing the land, community representatives, and some mix of public officials, funders, and service providers.

However innovative any of this might sound, Davis notes that the inspiration for this form of land stewardship owes to the town commons of early New England, the moshav ovdim of Israel, the eijidos of Mexico, the Ujamaa Vijijini of Tanzania, and the Gramdam villages of India.

One of the larger and more notable CLTs, the Champlain Housing Trust, got its start soon after the 1981 election of one Bernie Sanders as mayor of Burlington, Vermont. The organizers (which included Howard Dean, later to become governor of the state) used a mix of city and federal funds to create the first municipally initiated and supported CLT in the U.S., with a goal of a path to ownership and even permanent affordability.

Interestingly, the authors note that most of Mayor Sanders’ progressive measures were delegated to non-governmental organizations in hopes of easier marketing of the homes in the land trust.

The Champlain Housing Trust today reaches beyond the city of Burlington into the three immediate counties, managing some 234 single-family homes, as well as 372 condos and 5 duplexes, for a total portfolio of over 600 homes. Additionally, the CLT owns and manages 2,431 rental apartments. No absentee ownership, no deferred maintenance, no predatory lending.

Other remarkable examples here include the Dudley Street Neighborhood Initiative in Boston and the new Douglas CLT in the Anacostia neighborhood of Washington D.C.

CLTs offer their residents a path to ownership, as do housing co-ops, but there’s another dimension: permanent affordability—which can work out to be a more efficient use of public funds.

But CLTs, at their best (the authors argue), are less about development and more about stewardship, creating just places for the long-term. CLTs are thus the ultimate preservationists, the developer/landowner who never abandons the property.

Moreover, the authors report that during the Great Recession, the resale-restricted homes developed by CLTs experienced 1/10 the rates of default and foreclosure of market-rate homes. This is because of the greater resiliency built into CLTs via a diverse portfolio of revenue-generating assets which minimize dependency on outside funders.

Unlike the case with conventional real estate, the primary obligation of a properly-run CLT is to the well-being of the homeowners and renters—even if it means selling some land or being taken over by another organization.

In this country, we have nearly 300 CLTs operating in 47 states. For most of them, three goals of stewardship are paramount: 1) preserve affordability, 2) maintain the property, 3) intervene to prevent foreclosure. It should be noted that they also allow mobility for any homeowners who eventually choose to leave the CLT.

The authors note that from a focus on detached, owner-occupied houses, CLTs are now involved in limited-equity condos and co-ops, multi-rental housing, manufactured housing in resident-owned communities (ROCs), transitional housing, and temporary shelter.

An interesting final section of critical perspectives raises the question whether the presence of CLTs can take needed pressure off the state or private sector. Do they in effect legitimize the system of private finance and affirm the individualization of property (dividing owners and renters, for example), thus displaying the lack of an oppositional politics and a limited institutional reach?

(We Porchers might ask: wouldn’t something like Henry George’s single tax proposal—ably expounded here by our own Philip Bess—answer all these objections? But that’s another discussion.)

I tend to agree with Davis’ nuanced response here: CLTs are seeds of system change, building social power in the corners and margins of capitalist society where they don’t appear to pose an immediate threat to dominant classes.

As Davis quotes one “sweet old lady” talking proudly about the success of her CLT in doing both urban agriculture and affordable housing, “What we are really about is land reform, but we hide behind the tomatoes.”

Conservation by the Yard