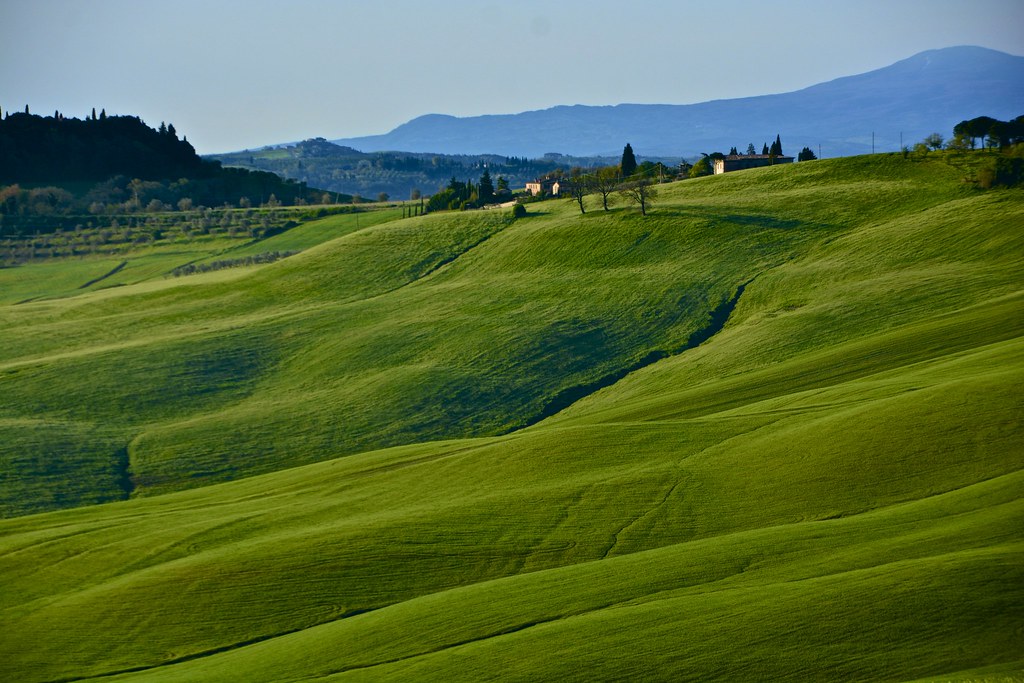 Monroe, MI. Saving Us: A Climate Scientist’s Case for Hope and Healing in a Divided World sounds like a book about climate change, but it is really a book about communication. Though it is a book by a scientist that relates to a data intensive, theory rich issue, it is not primarily about communicating information. Rather, Katharine Hayhoe describes how we might convey very personal values to other people in an attempt to encourage them to agree with a particular course of action.

Polarization is a self-evident problem for any sort of action that requires solidarity. Within the US context, polarization is made more prevalent because the political system is designed to primarily support two parties. The US is by no means alone in seeing rising distrust and even hatred for those with different perspectives, but given the outsize impact the average American lifestyle has on the environment, polarization can have significant implications for meaningful environmental change.

Sometimes the prevailing sentiment is that the “other side” is dumb because they do not understand the “facts” that incontrovertibly lead to a particular conclusion. However, Hayhoe observes that the divisions have little to do with education and knowledge. Rather, it is ideologies, worldviews, and values that largely drive polarization. With regard to the issue of climate, she writes, “climate denial is often just one part of a toxic stew of identity issues that share a key factor: fear of change. Societal change is happening faster today than at any time in our lifetimes, and many are afraid they’re already being left behind. That fear drives tribalism” (6). Even though the objections to climate action are often “cloaked in religious-sounding language,” Hayhoe notes, it is not “theology that drives them” but “political tribalism” (18). That tribalism results when one’s identity is shaped more by particular external sources rather than relationships and careful reason.

It is clear from early in the book that this is a book intended to be read by those who already agree with Hayhoe. It might be considered an evangelism handbook for those seeking to move others toward climate action. In fact, early on in the book, Hayhoe makes it clear that the target audience of climate discussions should not be “dismissives”—the seven percent of people whose identity includes resistance to climate change—but on the mushy middle who may become convinced to live an eco-friendlier lifestyle.

One of the great strengths of this volume is that it shows how climate change has the potential to affect every aspect of our lives. Hayhoe relates how communicating the relationship between climate change and water table issues has resulted in a greater openness to data and measurable action in some small, predominately conservative Texas towns. She discusses the way that relating the disproportionate impact of climate change on vulnerable populations helps some people begin to reconsider their consumption patterns. This is a volume that shows how to make communications effective on a personal level, which has application beyond climate change.

Another significant strength of the volume is that Hayhoe attacks some of the problems within the environmental movement head on. She directly addresses the fact that consumption patterns are the primary concern, not population control. Hayhoe makes clear that abortion need not be a plank in the environmentalist’s platform. Hayhoe critiques the use of ethanol to replace fossil fuels, which was billed as an environmentally positive shift, but which has little positive and potentially a negative impact on actual carbon emissions. She is also open to the use of commercial nuclear power as a low carbon source of baseload electricity for the grid, which demonstrates a real commitment to carbon reduction rather than just resistance to capitalism and industry.

A third strength of Saving Us is that it emphasizes the value of action at the personal level, even if an ideal societal solution is not readily available. For example, Hayhoe advocates for home solar power as a means to reduce carbon dioxide released from large scale fossil generators. It does not solve every problem, but it is a meaningful step in the right direction. She also recommends beginning with an evaluation of one’s own carbon footprint using an online calculator, then taking steps to reduce that footprint by wasting less food, shifting to a more plant-based diet, eliminating travel where possible and lumping travel if not, and a host of smaller, but meaningful, shifts to consumption patterns. Hayhoe sees large scale, centralized government action as necessary for ultimate solutions to climate change, but she advocates for personal action until other proposals can be enacted. This approach tends to maintain hope and meaningful engagement, where some less positive approaches have caused climate concerned people to focus on the large scale actions at the expense of personal responsibility.

Hayhoe addresses these topics well. The result is a book that is empowering and useful for encouraging friends, neighbors, and families to take positive steps toward reducing consumption and the resultant carbon footprint. There are some significant points, however, where Hayhoe neglects underlying concerns about her policy proposals. It is good to emphasize personal stories of being climate-affected, but it can be unhelpful to ignore potential economic and political problems that can result from her proposed solutions. While the free market is a blindly accepted doctrine by some, others advocate market-based approaches more critically, recognizing the social and environmental damage caused by collectivist solutions in the past (and present). There is sometimes a big leap assumed between recognizing that climate change is a significant issue and advocating for the preferred economic and social policies of some of the most vocal activists. Hayhoe makes assumptions about the role of government—the very point of disagreement for many in the US––and thus misses a chance to identify some common ground approaches that can lead to collaborative social change.

Another opportunity Hayhoe missed in Saving Us is to reel in some of the ideological excesses in the groups typically most vocal about climate change. Instead, early on, Hayhoe pathologizes those with opposing opinions when she claims that climate change denial is based primarily on fear (6). It is a phobia, a convenient suffix that is used to dismiss people who reject some ideologies that are currently popular. Many do not fear “being left behind” by such ideologies; they recognize they will not be left alone by them but bludgeoned or belittled until they comply. Hayhoe has ample opportunity to encourage her readers to differentiate between the potentially civilization altering consequences of climate change and the use of preferred pronouns. As she argues, communicating our shared values is essential in shifting the climate debate. However, if a conversation with Uncle Al begins after a discussion of what form of otherkin the speaker identifies as, then the common ground of shared values has already been eroded. Resistance to a climate change agenda that has become lumped with other corrosive modern ideologies may be less about “fear of change” than it is the recognition that some advocates of climate change fail to differentiate empirical data from philosophical fads. As discussed above, Hayhoe does disentangle some ethical issues from concern for climate change, but she misses the opportunity to address some extreme instances of ideological clumping that may be inhibiting communication. Such clumping is a real problem, since popular climate change activists like Naomi Klein overtly argue for making climate activism inseparable from popular gender and identity ideologies (Klein, On Fire, 202). Ideologies—and phobias—are prevalent on all sides of our contemporary debates, not just among those with whom we disagree. If climate change is an existential issue for human society, then we should be overt about disentangling it from other, less global concerns.

In the balance, Hayhoe’s book makes a positive contribution to the climate conversation. The book encourages dialogue rather than hectoring. In that sense, though the targeted topic is climate change, Hayhoe’s advice is good for any sort of persuasive argument. To bring someone over to our perspective, we need to find common ground and show them why our position is better based on those shared values. That is true of the gospel, of the benefits of local culture, and of the importance of personal and social change to curb climate damage. For the careful thinker who is seeking to communicate more clearly about important issues, Saving Us is a helpful tool that can both encourage the continued effort and provide some keys to making a meaningful contribution to a good cause.

Closing the Circle: An Economy of Values, and Where to Look...