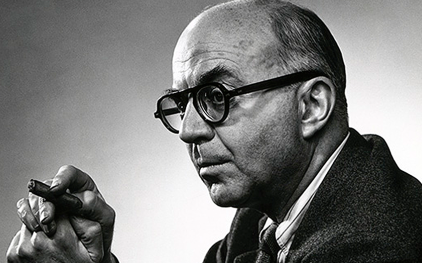 His approach was the crooked timber that shriveled, its roots rotting away to dead tradition. Instead of Dos Passos’s experimental prose and journalistically inflected style, writers followed the unadorned economy of Ernest Hemingway.

Something vibrant was lost, however.

Dos Passos’s appeal was doomed in ways that Hemingway’s wasn’t. Politically, Dos Passos trod the unforgivable ground of turning from communism to embrace a reactionary conservatism. Aesthetically, he was interested in capturing American society at the moment in which he wrote.

In Midcentury: A Contemporary Chronicle (1960), he succeeds in his goal at the cost of his future influence. Midcentury is a deeply unfashionable book. It is also a brilliant, if uneven, work of fiction.

The chronicle interweaves the stories of two men: Blackie Bowman, a World War II veteran and a Wobbly convalescing in a veteran’s hospital as he tells his life story of political radicalism and union agitation; and Terry Bryant, another veteran and union worker, less radical but fighting to stay in a union job while rooting out union corruption. Blackie’s political agitation takes him from New York City to the Pacific Northwest, then south as a merchant marine to New Orleans, and eventually to the farms of the Midwest. Terry’s troublemaking for shady union reps means that he isn’t on the shop floor for long. Blackie’s life gives context to the rise of radical labor in the early 20th century; Terry is the working man who must suffer as big labor overtakes big capital.

Blackie and Terry are the narrative’s core as minor characters connect the plot, such as Frank Worthington, the high-ranking union man naïve about the corruption under him; Jasper Milliron, a company executive (and former Marine) forced out by the political maneuvering of the board; and Will Jenks, Jasper’s son-in-law who tries to break a taxicab monopoly in Duquesne, Iowa that brings Terry back into the conclusion of the chronicle.

The novel feels at times like Dos Passos connecting his literary talent across forms; Midcentury is a novel buttressed by novellas, short stories, poetry, and magazine features. “Documentary” interludes of newspaper headlines, and biographical sketches of famous Americans, and “investigator’s notes” sections where an unnamed narrator speaks with working-class men angry about union corruption all break up the stories of Blackie and Terry. Brief musings to introduce the book’s three sections add to this montage.

The documentaries, in particular, are worth picking through. Cliché ad copy, comical pleas, and political cries mix. It is proto-twitter in print:

Other shifting forms come into play, either on their own or within sections. Dos Passos occasionally slips into quasi-poetry, as in his biographical sketch of William F. Dean, the highest-ranking officer captured in the Korean War:

This search for new or avant-garde forms in Dos Passos is a sign of the unstable ground beneath him. The cliché (and foolish) idea of the 1950s as an era of stability, conformity, and uninventiveness is weak tea for anyone who bothers to dig into the literature or history of the period. The Korean War, and the (then still-hot) stalemate that followed, was a sign (along with the Soviets building their own atomic bomb) that the triumphalism of World War II was over. It’s one thing to overcome the disorientating effects of the Great Depression and Pearl Harbor with World War II. It’s another to face a new world with new threats and an economy that didn’t usher in economic justice sought by the average worker. Roosevelt went up against Big Business, but Big Union threatened workers in a different way. The myth of living on easy street crumbling had a disorienting effect that’s easily forgotten today, replaced by a new myth of postwar America as a workers’ utopia.

Midcentury is not a story with a happy ending. Just as the Gilded Age reformers had little luck, so too would the committed union workers fail in rooting out corruption:

Since the politicians of the fifties were as queasy about calling union bosses to account as the politicians of fifty years before had been in dealing with ‘earlier malefactors of great wealth,’ it seemed likely that in spite of the efforts of a few reformers to send him to jail [Teamsters President] Dave Beck would live out his years in the satisfaction of a life well lived.

Politicians were queasy for good reason: Unions weren’t afraid to kill them. In Midcentury, Dos Passos references street fights to keep workers in line, union conspiracies to do the same to bosses, and the 1910 bombing of the Los Angeles Times building that killed 20 people (ordered by the Iron Workers union as part of a labor dispute). The American past is much more violent than many acknowledge.

Earlier in his career, Dos Passos wrote of the horrors of big business and how it abuses its power. Here, he writes of the horrors of big labor. It is not a polemic against the masses—it’s a defense of the working man in reality, not in theory. Beyond the utopian Wobbly songs, in the flesh of life, the proletariat is bruised as he prostrates to the union head, a figure as imposing as the barons of the Gilded Age. Midcentury is a chronicle of the pains the working man must suffer at the hands of the comfortable great men who claim to speak in his name.

The arc of Dos Passos’s political interests is not that difficult to trace. In his U.S.A. trilogy, Dos Passos decries the ills of big business. His District of Columbia trilogy critiques big government in its New Deal heyday. In going after union power at its height in Midcentury, he once again identifies the threat of concentrated power and the abuses inflicted on the common man.

“It’s a fact that I have tried to look at it from the point of view of the ordinary man, the ordinary woman, struggling to retain some dignity and to make a decent life in these vast organizations,” Dos Passos said in an interview with the Paris Review. It’s a permanent conflict—the opposition between people and systems—but he lost support from cultural tastemakers when he swung at protected idols. Nevertheless, Dos Passos refused to cling to a set ideology and was attuned to the shifting locus of power:

One cannot etch an agenda into stone. Following a political ideology is no substitute for the existential necessity to make difficult moral choices.

We have lost something of great value in forgetting the work of John Dos Passos.

He was a man who knew who deserved his sympathy, and his work followed his instincts. The communists—the Stalinists of old and the bourgeois Twitterati of today—will dismiss him. But of course they would, wouldn’t they? Dos Passos didn’t follow a line; he followed reality. America at midcentury was a messy business, whether one looked in the camp of capital or the mansions of labor.

Dos Passos was a novelist with the ideals and goals of a journalist—hence his problem. No matter how fresh and experimental his writing, his stories and topics were dated. Reading Midcentury, we get an impression of American life—its tensions, its evolving character, its psychological pressures. He saw “daybreak of the hazardous glory / of the age of fusion and fission.” But his emphasis on chasing the zeitgeist, capturing the moment, was a banner that few novelists would take up after him.

In his Paris Review conversation, Dos Passos is asked if he has become the social historian at the expense of the artist. “There’s just no way that I can tell,” he said. “I have to do what I’m interested in at the time, and I don’t think there’s anything necessarily inartistic about being the historian.”

His work indeed bears the marks of careful artistry, even if it has proved less enduringly popular than that of other novelists of his generation. Regardless, his modernist style provided an imaginative, illuminating response to a fraught historical moment. It was experimental, cacophonous, and hinted at life being made of uncontrollable variety. Perhaps a revival of this alternative modernism—as opposed to the stridency, the self-assurance, and the simplicity of Hemingway—would offer a healthy change in this era of plague and ideology.