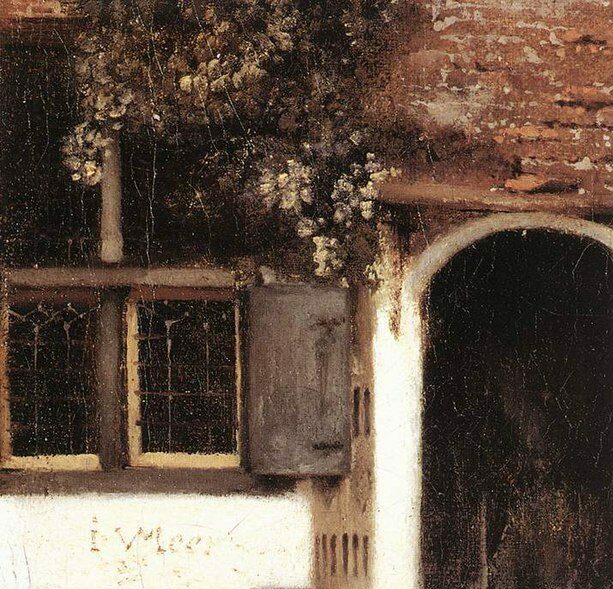 Oklahoma City, OK. These are harrowing times. Forces beyond our borders are actively working to crush and destroy the so-called post-World War II consensus such that the global order under which most of us have lived our entire lives appears to be in flux, if not in jeopardy. Of course, red flags about the fate of our “most interesting” empire have been repeatedly raised by pundits and politicians since The Federalist No. 1, before the Constitution was even ratified. And yet here America stands, largely unscathed by the nations’ rage and rebellion.

But let’s assume, for a moment, that recent warnings about the “beginning of a dark chapter in world history” are vindicated. Let’s assume, in other words, that the aftershocks of America’s botched withdrawal from Afghanistan, Russia’s invasion of Ukraine, and an increasingly aggressive China precipitate a global unraveling marked by waning power and influence in the West. What then?

Continue to Take an Interest in the Ordinary

You have heard it said that desperate times call for desperate measures. Though it may strike you as odd, and perhaps even outlandish, I suggest that despite temptations to do otherwise, we must, as C.S. Lewis once urged, continue to take an interest in the ordinary—even during seasons of instability. Why? Because doing what we normally do is the primary way most of us engage in the fight for the future.

And what do most of us do in times of relative stability? We plod along, doing ordinary things like washing dishes, cranking out work, and gathering weekly to worship. Of course, unlike invasions and irredentist agendas, ordinary works usually remain out of sight, out of mind. But that is of no matter. Though we ought to stay abreast of the headlines, and “read the times,” as Jeffrey Bilbro puts it, human beings are not called to live headline-driven lives. To the contrary, human beings are called to partner with God to rule, bless, and love the world by leading quiet lives, attending to their own business, and working as they’re able, global turmoil or not.

This is no small task. While God’s mission in the world is global in scope, it is usually accomplished and lived out in ordinary and local ways—among the people and places we know best. Ana Samuel has said as much, albeit in the context of parenting in an age of LGBTQ overreach: “parents can be very effective in less noisy, more behind-the-scenes ways. . . . [Q]uieter skirmishes are going to be far more important than the nationwide battle plans.” Samuel goes on to say that there is ample opportunity to “fight[] quietly for the good, never wielding a megaphone but shaking up the establishment nonetheless.” And so there is.

The Present Calamity in True Perspective

Despite calls to the contrary, we mustn’t let times of war and global turmoil convince us the metaphorical wheel needs reinventing. No, harrowing times—as I’ve indicated already—call for ordinary measures. Washing, working, and worshiping have as a constitutive element an individual topos, or, as Russell Arben Fox describes it, a “place or location or referent” without which the practice could not be performed. Dishes are washed in family homes; work is cranked out in local offices; and worship is performed in parish churches.

Though it may seem “like fiddling while Rome burns,” we mustn’t forget, as Lewis himself explained more than 80 years ago, that the biggest battles are not waged on foreign fronts but among the topoi in which we live and move about. Right now, relationships need mending. Reports need to be filed. Congregants need to be fed. And dishes . . . well, they still need washing. And this remains true—as was the case when Lewis first observed it, in 1939—even when the lives and liberties of our friends in Europe are in the balance. We must not ignore the plight of our friends half a world away, but our fundamental orientation ought to be to the people and places next door.

Ordinary practices may not seem to warrant the kind of energy and attention we devote to global and international affairs, especially given the present calamity. But they most certainly do. After all, even the biggest tasks—including the call to partner with God to rule, bless, and love the world—are accomplished one step at a time. As counselor Ed Welch recently mused, “How does anything ever get done? How do I ever get anything done? By taking the next little step in a day of small things.”

Fight the Fight, Keep the Faith

All things considered, it may be fair to say that the West’s political, economic, and cultural systems are buckling. But sounding the alarm on the West’s imminent collapse seems premature, and such alarms—whether they prove accurate or not—inevitably distract us from the good work we can do here and now. Indeed, even “war,” to borrow again from Lewis, “creates no absolutely new situation: it simply aggravates the permanent human situation so that we can no longer ignore it. Human life has always been lived on a precipice. . . . We are mistaken when we compare war with ‘normal life.’ Life has never been normal.”

Of course, if it turns out that we’re on the brink of imminent collapse, and a global cataclysm soon unfolds, we must not panic. Nor should we be (or become) phlegmatic. We should, instead, continue to fight the fight and keep the faith among the topoi in which we live and move about. Or, as Wendell Kimbrough sings: “do not fear for the wicked with weapons of war,” and “do not let the dark steal your song,” but “[j]ust be still and faithful and dwell in the land.”

Pundits and politicians may tell us otherwise, but harrowing times really do call for ordinary measures.