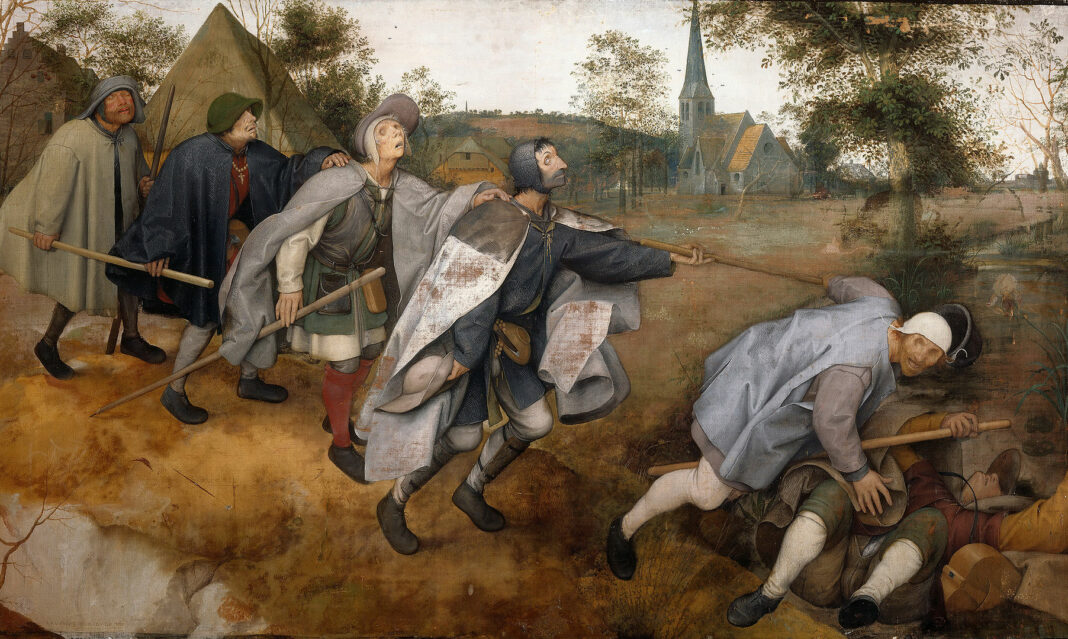 Reston, VA. There’s a difference between teaching someone a lesson and immiserating them for life.

Recently on Twitter, I expressed general agreement with forgiving student loans, and I suggested that people who view forgiveness as unfair to those who did pay down their loans are essentially saying, “I suffered, and you should too.” I got some pushback, but I stand by the general sentiment.

It’s a good thing to pay back money you owe, just like it’s a good thing to work hard. But—much like the current housing crisis—the student loan situation strikes me as something that transcends work ethic and individual responsibility. Insisting that 18-year-olds have agency and therefore must be held responsible for their financial choices, as though some weighty moral law were at stake, simply does not ring true to the situation in which many recent college graduates find themselves. At best it is cynicism, and at worst it is a gleeful insistence that nobody be allowed any way out of misery.

This obviously, as noted, bears some resemblance to the housing issues facing Millennials. I’m not sure they’re exactly analogous, however. Interestingly, I got more pushback on my tweet about loan forgiveness than I get for most of my housing and urbanist opinions.

At The Atlantic, Jerusalem Demsas—whose work on housing is excellent—wrote a nuanced, ambivalent piece on student loan forgiveness. She is Black, and she notes that while loan forgiveness advocates like to frame the policy as a matter of racial justice, most beneficiaries would be both white and relatively high-income. That’s not an argument against it per se, but rather an argument that loan forgiveness is not a pressing issue of social justice.

Here are a couple of key excerpts from her piece, first on loan forgiveness as a path to housing affordability:

If our elected officials are sincerely concerned about the housing-affordability crisis (which is also largely responsible for the continuing racial wealth gap), they should actually take steps to address it instead of legislating through back-door channels like debt forgiveness.

And on the fact that loan forgiveness benefits a pretty upper-class subset of the American population:

Awkward indeed that so much energy has been spent on a policy proposal that would affect just 13 percent of the population, and that would send the most dollars to high-income earners and those with graduate degrees.

I agree with these points, and with her piece, but not completely. She is right that without reforming the cost of college itself, and making the whole system more transparent, forgiving loans doesn’t solve that much. Forgiving loans without reforming higher education is kind of like the left-wing version of Reagan granting amnesty without increasing border security. However, not solving a problem in toto doesn’t mean you aren’t helping real people.

It’s the human cost of these loans, and the aura of fraud about them—the fact that they can’t be discharged via bankruptcy, the fact that parents might have urged their college-bound children to take them, the fact that colleges sold them with promises of employment and high salaries—that pushes me in favor of forgiveness. Many of these loans should never have been offered, many degree programs are oversold, and many students did not, and reasonably could not have, taken them with a clear-eyed understanding of what it would mean for them five, ten, or twenty years down the road.

Yes, some people made bad decisions. But there’s a limit to how much you can blame them, and to how severely they should be punished, for being starry-eyed 18-year-olds who believed what their parents and guidance counselors and prospective colleges told them. “Buyer beware” might work for used cars, but colleges, which trade on the notion that they have a higher, public-minded purpose, should be held to a higher standard.

I can remember being 18, and I knew next to nothing about paying for college. Actually, when I was 18, I wanted to take a gap year and try living on the street and getting rich by working on free coffee-shop WiFi. I think of myself trying to get out of studying for the SAT, instead asking why a private company was allowed to control college admissions. I remember thinking about whether a college we were planning to tour would have an ice cream machine in the dining hall.

I knew nothing. My parents helped me a lot, both in terms of paying for much of my college and in finding out information. I think of classmates whose parents didn’t have the money or the wherewithal to help them as much, or whose parents might have steered them towards financially risky choices. I think of one classmate in particular who had loans, who couldn’t afford to live on campus, and who actually supported her parents with money from her campus job. I did extremely well in college, I went on to earn a master’s degree and a substantial grad-school scholarship, and I make money today doing what I love. But there’s no way in hell I was prepared to make a financial decision at the age of 18 that dogs many people as much as or more than a mortgage.

And it’s not that easy to get a mortgage!

When people point out that you shouldn’t forgive loans without fixing the sky-high price of college, well, they’re right. Much of this system is essentially predatory, and the colleges are very far from innocent in all of this. (Frankly, I’d like to see the colleges pay off these loans out of their endowments.)

To consider one more analogy, all of this reminds me of something I wrote back in the summer of 2020, when we were talking about a “restaurant apocalypse” and the possibility of severe recession. I critiqued celebrity chef Gordon Ramsay for focusing too much on personal responsibility as a determinant of success:

In a 2019 interview with Hot Ones, a popular online food show, Gordon Ramsay addressed “all the snowflakes and Millennials out there: the more you get pushed, the thicker your skin, and the thicker your skin, trust me, the higher you go.” Grit, determination, and success certainly describe Ramsay’s own professional arc. But one wonders how high the families from innumerable episodes of Kitchen Nightmares have gone, put through the wringer of bankruptcy and foreclosure and divorce and deferred childbearing and untold emotional pain for the crime of serving frozen pizza, or even for the “crime” of doing business in an unforeseen recession.

I had been watching old Kitchen Nightmares episodes just for fun, but it occurred to me that most of that show’s episodes took place during the financial crisis and Great Recession. I went back and looked at how many of the restaurants featured in each year were still open, and I made this chart:

In other words, if your restaurant happened to hit its low point during bad economic times, you went out of business. If the economic climate was more favorable, you had a better chance at surviving. That’s obvious, and you can’t outlaw bad luck. But what bothered me was how the show sort of invited us as the audience to make fun of these incompetent restaurant owners and blame them for their misfortune, when circumstances beyond their control played a pretty big part in their fortunes.

There’s one “Kitchen Nightmares” episode I still think of sometimes:

In “J Willy’s” (air date October 30, 2008), a couple is running a failing barbecue house whose menu more closely resembles the frozen aisle of a supermarket. At one point the husband reveals that his wife badly wants to have children, but because of their financial situation they are unable to afford the commitment. Despite a signature Gordon Ramsay renovation and a fire under their asses, the business folded within months of the episode’s air date and the aging building, vacant for several deep recession years, was eventually demolished, having never found a buyer.

To deny someone the opportunity to afford home, marriage, and family is barbarous. Yet we hear over and over again that this is happening in regard to the price of housing and the burden of college costs and student loans. We hear it from people who are now in their 30s or even their 40s and have absolutely no prospect of ever getting out from under their debt burden.

To build and sustain systems that routinely deny these milestones in life is a crime of far greater magnitude than that of a student who fails to pay off a loan taken out based on cynical advice and dishonest promises. Anybody decent, but particularly anybody who considers himself a conservative, can disagree over the details of reforming the debt and loan situation in regard to higher education. But I do not see how people can disagree that the current situation is an injustice. If you’re pro-family but against reforming higher education, you’re making clear which set of values means more to you.

It’s often said that the subset of individuals with student loans are, essentially, the rich. But many of them would more realistically be described as downwardly mobile, an embodiment of a generation doing worse on most counts than the one before it. There’s a difference between being responsible and working your ass off for no payoff; there’s a difference between teaching someone a lesson and immiserating them for life. No pain, no gain—but work ethic and a just payoff have, and must have, a mutually reinforcing relationship. Virtues and good habits might have inherent value, but they cannot exist or be cultivated in a vacuum.

Forgiving or canceling student loans, in and of itself, will not solve the problem of which it is a symptom. We should certainly turn our attention to making the credentials necessary for economic participation affordable. But so many of those losing the prime years of their life to debt and stress did nothing wrong. I don’t need any other argument to be in favor of student loan forgiveness.