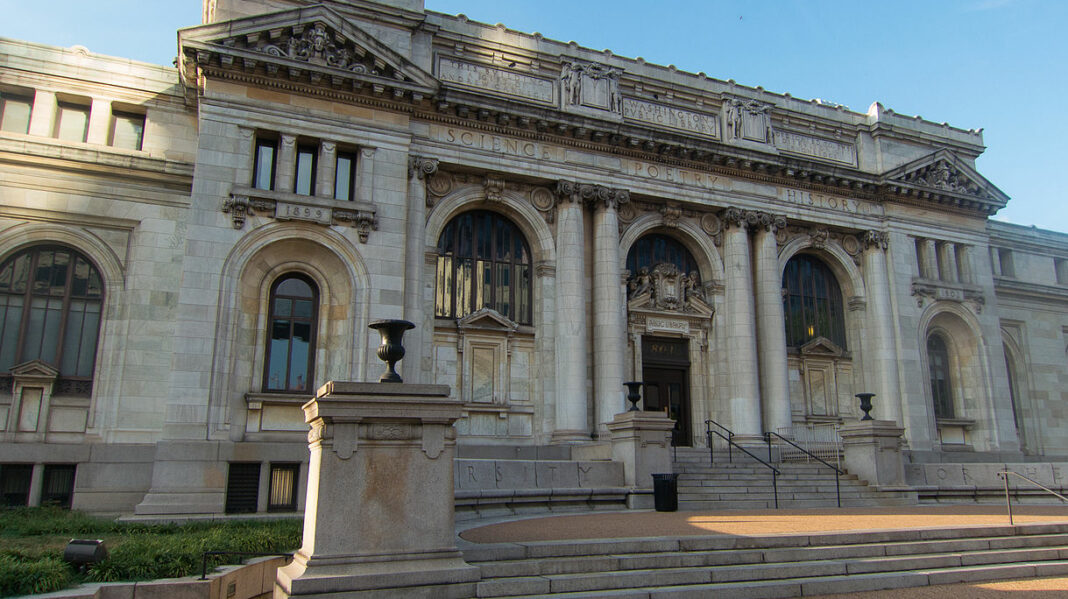 West Palm Beach, FL. In previous centuries, the “great man” theory of history was very common. That theory considered the significant moments and achievements of the past as the product of significant individuals, men who stood out for genius or willpower, and who redefined the world around them. (And the focus was almost always on men.) Alexander the Great was an obvious great man, so was Genghis Khan. Genghis Khan not only reshaped political boundaries, he left one of the largest genetic legacies of all time.

Now, however, historians have largely abandoned the “great man” theory of history. Certainly, there have been individuals who have had an outsized effect on the world around them, but a handful of individuals cannot sufficiently explain any century. Historians today recognize that individuals do not make history alone. Nevertheless, our cultural attention still fixates on certain prominent individuals, and we tend to expect a handful of “great men” to save us from our social or technological or ecological challenges. We shouldn’t.

The idea of the “great man” lingers on in popular consciousness. Biographies are extremely popular and television series often explain other eras by highlighting a handful of successful men. Even if you do not fully subscribe to the great man theory, it is hard not to be familiar with the men who might qualify. Consider the case of Benjamin Franklin. Franklin was a man who had many kinds of genius. As explored in the recent Ken Burns documentary about his life, Franklin was a gifted writer, inventor, and scientist, and he even had a certain social genius. He was a successful diplomat in France and a successful businessman in America. He had inventions that made life physically better for others, like the Franklin stove, and inventions that simply made life more enjoyable, like his glass Armonica. He charted the Gulf Stream, helped found the University of Pennsylvania, proved lightning was electricity, started a lending library, and wrote an iconic early American book.

While we remember and discuss “great men,” we rarely examine closely the great expectations that accompany the status. As it happens, you can be the polymath of your time, but still disappoint many people. The man on the hundred-dollar bill didn’t make enough money to make his mother happy. Though Franklin had managed to become fairly wealthy, his mother was frustrated with his failure to fully capitalize on his genius. He left his famous stove unpatented on purpose and missed other opportunities to stockpile wealth. He explained to that he “would rather have it said ‘he lived usefully,’ than ‘he died rich.’” Other people also found him frustrating. Franklin helped secure French support for the American Revolution, but his socializing scandalized future president John Adams, who expected something different from the elder statesman. For people today, it is disappointing that Franklin was, and remained, a slaveholder, even with all his Quaker friends and his conviction later in life that slavery was wrong.

“Great men” struggle to live up to great expectations. Today we see the expectations landing mainly on those who have achieved great financial success. Consider the attention paid to the moves and ideas of men like Jeff Bezos, Bill Gates, and Elon Musk. Much of social media has been abuzz recently over Musk’s purchase of Twitter. Some consider it the worst thing to ever happen to the platform, and others consider it a resuscitation of free speech in the country. Men like Musk do not act entirely on their own initiative; they are egged on to certain outsized moves by a whole range of characters. Some of today’s billionaires see themselves as “great men” and want to become Tom Wolfe’s “masters of the universe”—Musk wants to help humanity become an interplanetary species. Some billionaires find themselves pressured by the public to become masters of the universe. Many of the people who didn’t want Elon Musk to buy Twitter do, in fact, want him to end world hunger. Of course, when Bill Gates takes on health and agricultural initiatives, that only makes him suspicious. People do mind Bezos spending so much money getting to space, but they don’t really want him on earth, either. The “big men” of our era are encouraged to act in ways that exceed norms, but they can never meet all of the expectations society sets for them.

There are inherent and often unexamined contradictions between our definitions and expectations of “great men.” We celebrate the wealthy when we believe that they have earned their wealth through genius and hard work or by thinking and acting for themselves. Then we expect these intense individualists to listen to others about how to spend their wealth. When these figures bequeath their wealth in the same way that they have earned their it—through maverick thinking and self-designed schemes—we are aghast. We praise them for redefining an industry and seizing market share singlehandedly, but we are disappointed when they don’t bow to received wisdom on health and hunger. If anyone did achieve the level of split personality demanded by the public, it would indeed be remarkable.

The impossibility of meeting expectations does not mean that the very rich are not sometimes very disappointing. A certain amount of public presence and societal influence can accompany wealth even when character does not merit it. Some of the wealthy are very immature or antisocial. Some are self-centered. It is just as discouraging to see these people being emulated and picking political candidates as it is to see big businesses get big bailouts that small businesses never would. We seem to spend our lives commuting while they shuffle shell corporations. When we go bankrupt, there is no television series deal to save us.

But the social and political platforms of the rich don’t just rest on their bank accounts, they also rest on our perceptions of wealth. Our reactions to the rich show that we have a distorted understanding of what it means to be a “great man.” We seem to equate wealth with greatness, so we expect the wealthy to be more than simply wealthy. Rarely do we expect the most helpful people in our community to acquire more power or influence, nor do we necessarily even encourage the kindest people we know to play a larger role in politics or education or healthcare. But when it comes to the rich, we hope that they will transform our communities, fix climate change, pay their employees more than well, and be a good influence in Washington. We seem to want the rich to have bigger hearts to go with their bank accounts and more magnanimity to go with all the equity. We expect quite a bit.

There are many famous lines about the rich, but one of the most famous is associated with F. Scott Fitzgerald. He opened his story “The Rich Boy” with the lines: “Let me tell you about the very rich. They are different from you and me.” This quote has often been combined with one by Mary Colum, stolen by Hemingway: “The only difference between the rich and other people is that the rich have more money.” The observation is apt, despite its convoluted origins.

Not only do these unrealistic expectations reflect a lack of moral clarity, they reflect a misunderstanding of how change happens. There are reasons that historians no longer subscribe to the “great man” theory of history. Even in the era of Napoleon, a “great man” par excellence, Tolstoy grasped the inadequacies of explaining history through the achievements of a few individuals. In fact, the last section of War & Peace includes an extended argument against the great man theory of history. As Tolstoy writes, “the life of nations is not contained in the life of a few men.” We write and talk as though Napoleon fought battles and invaded Russia, but his very orders were meaningless if not acted upon by thousands, and they were not enacted in exactly the way he desired. The link between individuals and power and transformative change is not as simple as it seems.

According to Tolstoy: “The movement of peoples is not produced by the exercise of power; nor by intellectual activity, nor even by a combination of the two, as historians have supposed; but by the activity of all the men taking part in the event, who are always combined in such a way that those who take most direct part in the action take the smallest share in responsibility for it, and vice versa.” We may heap much of the blame or praise upon generals and czars and presidents, but they are rarely in the trenches. We may want to avoid taking responsibility for what happens, but big things often require many people working together. Individuals alone do not shape history.

It is not wrong to be either disappointed or excited about Elon Musk taking over Twitter, but it is wrong to expect wealthy individuals to solve our collective problems. When the wealthy build Carnegie libraries or fund Gates scholarships or support PBS, it is a positive thing. But when it comes to transformative change and dramatic cultural shifts, the expectations rest on all of our shoulders. Not only is it unrealistic to expect everything of the rich, it is unreasonable to exempt ourselves from responsibility. All rungs of the economic ladder contain people capable of actual greatness.