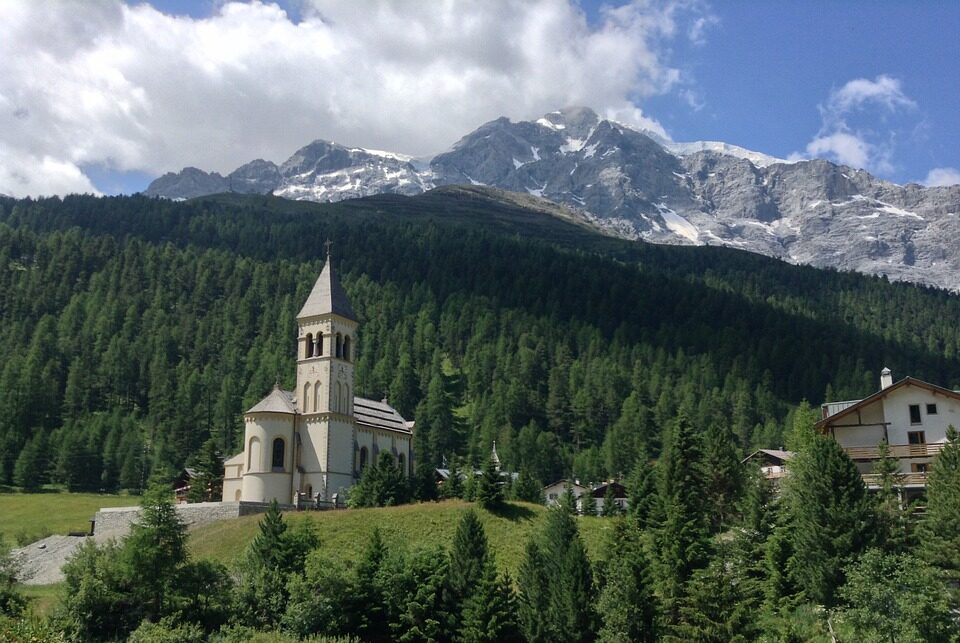 Evans, GA. The primary purpose for God’s people to gather together as the church is to worship him. Yet we are to do so not as a crowd of individuals who happen to be gathered into a single place, but as a community, the family of God and the body of Christ. Indeed, one of the church’s greatest draws today is that it offers a kind of common life together in a world where people are otherwise liable to be isolated and cut off from one another.

However, it is possible to attend church regularly, surrounded by one’s fellow Christians, and still be isolated. In From Isolation to Community, Myles Werntz argues that isolation and division are often reinforced “in and through church practices” (2). The fact that many churches transitioned so easily into “digital worship” in response to COVID just shows that “as churches, we had been trained to be isolated for years” (9, emphasis original). Werntz proposes, then, that we discard certain practices and adopt others, drawing inspiration from Bonhoeffer, in order to better facilitate true community.

Werntz begins by “[exploring] the nature of isolation and of Christian communion,” taking care to distinguish isolation from loneliness. According to Werntz, “loneliness describes a feeling that ebbs and flows with the presence of others,” whereas “isolation names a condition in which, because of sin, the human exists divided from others and from God” (2, emphasis original). Thus on Werntz’s account, isolation begets loneliness and is prior to it, being characterized by a sense that we are “closed off, threatened by all others, and sustained fundamentally by our own efforts” (2).

In chapter 2 Werntz discusses some practices through which isolation is “replicated” (12). He categorizes these practices as either “making Christians into individuals” or “making them into crowds” (49). Some examples of the former are small group Bible studies, in which “Scripture and its interpretation are the property of the individual” (59), and the neglect of corporate prayer in favor of individual prayer alone, which is thought to be “real…spontaneous and never scripted by the words of others” (59, emphasis original). Examples of the latter include ceding power and influence to a “charismatic leader” (61) and identifying with a local congregation’s mission statement rather than one of the “classic confessions of faith” (63).

Following this diagnosis of the problem, chapter 3 “[casts] a vision of the church as communion, in need of healing from its isolation” (13). Here Werntz emphasizes the essential role Christ plays as the mediator of human relationships. As he puts it, “if Christ is the logic of creation, then there is no natural connection that does not need mediating: there is no immediate connection between people that can stand or be sufficient” (78). One implication of this is that not even natural ties and affinities—for example, those of “parent to child or spouse to spouse, or nation member to nation member” (78)—are exempt from this need for Christ’s mediation.

How might this vision shape the life of local churches? The remainder of the book offers some answers to this question. Chapter 4 “turns our attention to the practices of the gathered church, of worship and communion,” that help us be “knit into one body in Christ” (13). Werntz is careful to note that no practices are a “fail-safe against the acids of the modern world” (89). Even so, “It is through these frail practices that we as humans do that God works” (90). Some of his proposals include beginning church services with Scripture rather than a “time of greeting” (97), letting Scripture shape our thoughts and feelings rather than reading it with an eye toward finding our own feelings therein, and practicing congregational singing in unison instead of allowing “musical excess” (105) to creep in.

Such practices shouldn’t just shape our corporate gatherings; they also ripple out into the rest of our lives. Chapter 5 “[describes] the spiritual practices of the days we spend apart from the gathered church” that are “meant to extend the internal work of the gathered church” (13). First and foremost, Werntz urges us to adopt a posture of “silence,” by which he means “not…the refusal to speak but rather the willingness to be present and listen for the words that need to be called forth from us that match the world’s specific wounds” (129). In this vein, he again counsels us to let Scripture shape us rather than treating it primarily as a means for “personal application” (133), and to read “longer passages” that will better remind us that we are “part of a larger story” (135).

These corporate and personal practices should shape us into people who tend community life. Chapter 6 discusses “two kinds of elements to the life of ordinary virtue: the negative and the positive” (148). The negative refers to practices we should avoid, and the positive to practices we should adopt. One example of the former is knowing when not to say something rather than yielding to a felt compulsion to speak in some situation. An example of the latter is bearing one another’s sin, acknowledging that “there can be no sense in which my guilt or sin does not affect your well-being” (165), but at the same time “[helping] to bear the consequences of your sin and [working] toward your redemption as part of our common calling in Christ” (165‒66).

Such reinvigorated community with other people also leads to reinvigorated communion with God. Chapter 7 “turns to the culminating practices of confession and Communion, in which we see most clearly the communion with God that the church is meant for” (14). Drawing from Luther, Werntz argues that we should practice regular lay confession rather than confining the role of confessor to the ordained. Moreover, in Werntz’s view, confession is in fact the cornerstone— “breakthrough,” to use his word—of life together: “Through confession, we encounter one another, with Christ mediating our relationship” (177).

Many of Werntz’s proposed practices are good and will enjoy widespread agreement, such as reading longer Scripture passages in our daily devotions, and looking first to be shaped by the Scriptures rather than seeing them primarily as a means of reinforcing our own selves. Some, on the other hand, are more likely to invite resistance for being overly conscientious, particularly the calls for musical minimalism and for everyone, even weak readers, to get a chance to read aloud the Scriptures during the worship service.

A number of Werntz’s suggested practices—e.g., regular use of corporate and pre-written prayers, and identifying with a classic confession of faith rather than a mission statement—are already common in many, more traditional Protestant churches and in Roman Catholic churches. Indeed, one gets the impression that Werntz’s argument is aimed primarily at nondenominational evangelicals and Baptists.

This can be seen in some of the modern tendencies he criticizes, such as when he remarks that “during the era of the Reformation, the Bible shifted in practice, from being that which was heard each week in liturgy to that which increasingly was read and discussed” (57). The Bible’s central place in liturgy never disappeared from Anglican churches (or, for that matter, more deliberately liturgical Lutheran and Presbyterian churches). Then, too, the criticism aimed at individualistic judgment of moral questions—“without any sense of being responsible to the shared world of church [and] Scripture” (59)—and the warning against charismatic leaders both seem more redolent of nondenominational megachurches than Protestant (or Roman Catholic) Christianity writ large.

Even so, Werntz’s discussion is thought-provoking and will reward careful consideration and implementation. His concrete proposals should inspire us to tend Christian communities made fragile by our culture’s endemic isolation. The problem of isolation festering even in churches is very real, and From Isolation to Community is a worthwhile reflection that helps us to become conscious of the problem and start thinking about how we can—together—address it.