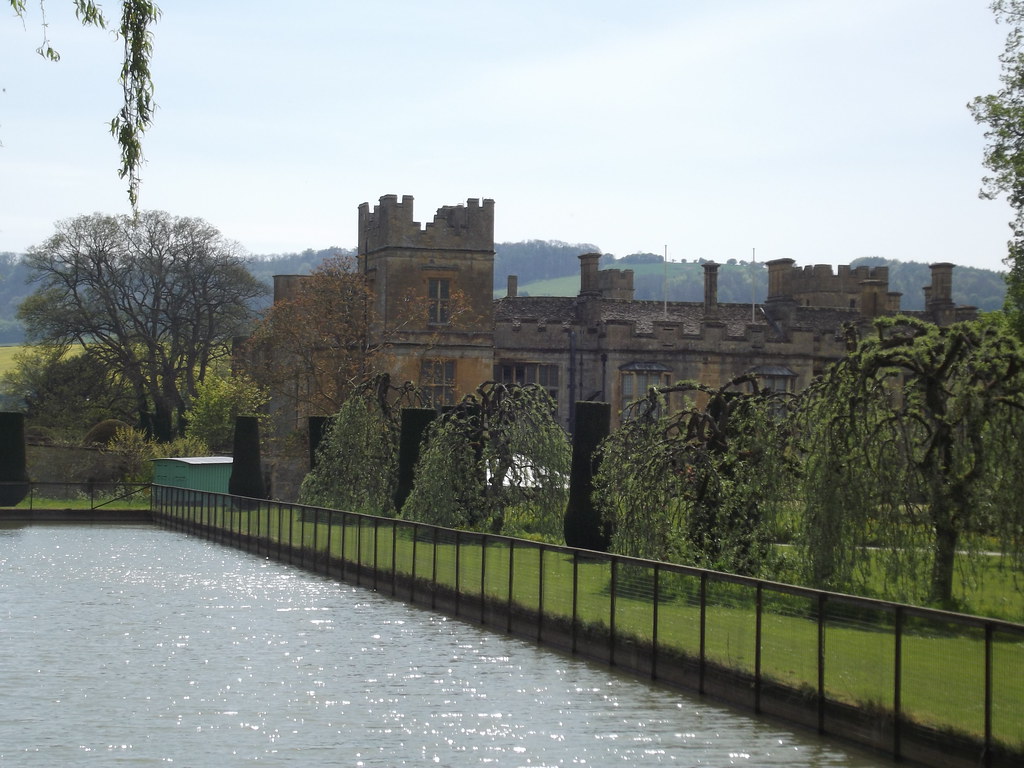 Ames, IA. In 1902, inscribing a copy of his debut novel The Pothunters for a friend, P.G. Wodehouse called his book the “first-fruits of a GENIUS.” Just over a century later, biographer Robert McCrum takes up the playful prophecy in utter seriousness, referring to Wodehouse’s “genius” several times. The term will surprise few readers today, given Wodehouse’s celebrated admirers from Auden to Updike, his millions of everyday fans, and the global fame of Bertie Wooster and his gentleman’s gentleman Jeeves. P.G. Wodehouse is firmly ensconced as a treasured humorist and a minor classic. But what exactly does it mean to call him a genius? What kind of genius was he?

Wodehouse wasn’t a profound analyst of human nature along the lines of Shakespeare, Goethe, George Eliot, or Tolstoy. Further, as a specimen of human nature he forces us to confront its shabbier side. Like writers as dissimilar as Roald Dahl and Martin Heidegger, he leaves readers struggling to square a brilliant body of work with a disquieting life. McCrum gives a minute, unsparing account of Wodehouse’s well-known World War Two internment by the Nazis and his infamous radio broadcasts from Berlin. Presenting himself as a hapless innocent, a funny man who could find the lighter side of any situation, Wodehouse provided the enemy with just the propaganda coup it was looking for. Many Britons never forgave him.

It’s clear from the chronology of events and Wodehouse’s own statements about the broadcasts that far from being a malevolent traitor he was merely, as Bertie Wooster might put it, a silly ass. He thought the musings of a clueless internee would be comic gold, never guessing the value of his actions for an adversary like the Third Reich. It isn’t even clear how seriously Wodehouse perceived the Nazis to be an adversary. Trying for laughs under the worst of circumstances might not qualify as evil, but it does rule out the sort of genius we associate with sound moral judgments. With the Berlin broadcasts, Wodehouse made it obvious that questions of good and evil simply didn’t occupy his mind.

His books offer little to soften this verdict. His repetitive plots are full of stock characters, simple motives, and unplumbed emotions. Having engineered a predicament involving marriage or money, and assembled a cast of dimwits and buffoons, Wodehouse throws in all the plot twists he can think of and lets the jokes and crockery fly. Occasionally he lingers over a subtler feeling or a bothersome ethical dilemma, but the story soon reverts to awkward encounters and disastrous misunderstandings. “To be a humorist,” he once wrote, “one must see the world out of focus. You must, in other words, be slightly cock-eyed.” The cock-eyed vision has little scope for hard choices and moral ambiguity.

He furnished his mind in much the same breezy manner in which he wrote. In letters to friends, Wodehouse confesses over and over again his impatience with serious literature. Tom Jones is “lousy.” He’s “never so much as opened a book of Thomas Hardy’s and never intend[s] to.” In one of his joshing bulletins from Berlin, he recalls his earnest intention to read Shakespeare: “But you know how it is. Just as you have got Hamlet and Macbeth under your belt, and are preparing to read the stuffing out of Henry the Sixth, parts one, two and three, something of Agatha Christie’s catches your eye and you weaken.” The self-mockery is hardly an exaggeration. Toward the end of his life, settled happily into his daily routine on Long Island, Wodehouse never missed an episode of his favorite soap opera, The Edge of Night.

If Wodehouse was incurious and obtuse about the deepest moral dimensions of human nature, some might still argue that he had a genius for social satire—for skewering all those pompous dukes and earls and lampooning the idle youths who abuse the hospitality of their elders. In fact, though, far from exposing the injustice of a decadent system, Wodehouse is content to put familiar types to work for his usual comic purposes: aristocrats dither, tycoons bluster, dowagers bully and glare. Rather than inhabiting some actual milieu that could be observed and criticized, they fill a loony bin of Wodehouse’s own creation.

Readers who love Wodehouse know perfectly well that he’s no moral compass, towering intellect, or incisive commentator on his times. His genius resides in one simple fact: he had a wondrous way with a sentence. He subdued English grammar like a lion tamer, working himself into seemingly fatal complications before extricating himself with a flourish. He could turn a proverb inside out, cap an epic simile with a preposterous slangy coda, extend a metaphor to the breaking point and fold it neatly for another day—all while displaying a matchless ear for prose rhythm. Brief quotations don’t capture the full effect of Wodehouse’s style. One of his greatest set pieces, for example, involves a jealous young man trashing a London nightclub and runs on for several pages. A few shorter samples will at least hint at the Wodehouse experience.

Here is Bertie reminiscing in The Code of the Woosters:

The whole situation recalled irresistibly to my mind something that had happened to me once up at Oxford, when the heart was young. It was during Eights Week, and I was sauntering on the river-bank with a girl named something that has slipped my mind, when there was a sound of barking and a large, hefty dog came galloping up, full of beans and buck and obviously intent on mayhem. And I was just commending my soul to God, and feeling that this was where the old flannel trousers got about thirty bob’s worth of value bitten out of them, when the girl, waiting till she saw the whites of its eyes, with extraordinary presence of mind suddenly opened a colored Japanese umbrella in the animal’s face. Upon which, it did three back somersaults and retired into private life.

From Summer Lightning comes a low point for Ronnie Fish, another one of those errant Wodehouse youths:

The meditations of a man who has recently proposed to and been accepted by a girl, some inches taller than himself, for whom he entertains no warmer sentiment than a casual feeling that, take her for all in all, she isn’t a bad sort of egg, must of necessity tend towards the sombre: and the surroundings in which Ronnie had spent the latter part of the afternoon had not been of a kind to encourage optimism.

Even a list of objects in a trunk can induce a sort of manic euphoria, as in The Luck of the Bodkins:

As Frances Donaldson, an early biographer and astute Wodehouse critic, points out, he labored obsessively over his convoluted plots while the miraculous prose seemed to happen by itself. Donaldson quotes Evelyn Waugh’s belief that Wodehouse’s “exquisite diction, as natural as birdsong, is a case of genuine poetic inspiration. I don’t believe Mr. Wodehouse knows where it comes from or how; wherever he is, in luxury or in prison, he is able to sequester himself and, as it were, take dictation from his daemon.” As a child, Wodehouse had the future writer’s usual passion for reading, and like most English schoolboys of his time and class he studied Greek and Latin. Yet what he produced with these tools transcends toil and training. As a paragon of literary style, P.G. Wodehouse simply had it. He was a genius.

We’re no sooner driven to this conclusion, however, than the stipulating and qualifying begin. Wodehouse’s mastery of prose is a limited kind of genius—not trifling, certainly, but confined to one particular ability rather than commanding the height and breadth of human achievement. Forget the bulging forehead, the soaring ideas, the revered place in the history of civilization. Wodehouse’s is a modest, chastened genius, the genius of a flawed, child-like man of middlebrow tastes.

Yet the unlikely, unexpected nature of his verbal wizardry marks it all the more readily as genius. An essential criterion of genius, after all, is that we can’t explain its origin. It seems to come out of nowhere, perhaps even from some otherworldly source. The more limited and specific the type of genius, moreover, the more uncanny it seems. We take Einstein’s genius for granted and make his name synonymous with intellectual brilliance. Shakespeare looms, the unapproachable Bard, his genius self-evident as the sun. But that a conventionally educated popular writer should become a giant of English prose—that gives us pause. It disrupts our assumptions about achievement, and changes how we view the people around us.

To bring this humble idea of genius a bit further down to earth, consider your grandmother’s untaught knack for baking pies. Or a woodworker’s feel for joint and grain. Or the child who makes music after six weeks of piano lessons, while her sister (who wrote a fine sonnet at the age of eight) merely produces correct sequences of notes. We might not use the word “genius” in all these contexts, but the mystery is the same. Where did this exceptional ability come from? Is it just another trait like brown eyes or curly hair? We know only that this aptitude defies our disciplines and formulas and couldn’t have been foreseen. Bestowed upon otherwise ordinary people, genius singles them out in one salient regard. It’s a gift that the wise don’t take for granted, a revelation that might beckon each time we visit a gallery, see a movie, attend a concert, open a book.

Bar Jester’s Writing Seminar II; or, How to Write Like a...