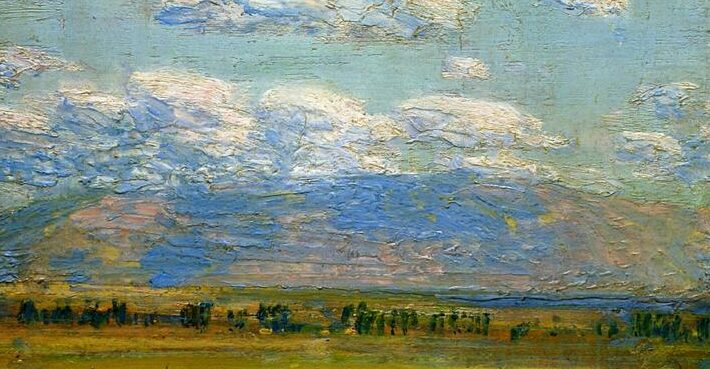 Naperville, IL. Along with 42 million other Americans, I recently set out on a sojourn of summer car travel despite record-high gas prices. Somewhere left of the 100th Meridian, west of which America turns dry and thirsty, political observation hit me with the force of epiphany: Red vs. Blue is shopworn and superficial. In the midst of a summer in which San Francisco voters recalled their ultra-progressive district attorney, and a billionaire former Republican made it into a runoff for Los Angeles mayor, the traditional axis of American political understanding is experiencing a tectonic shift. Post-Trump America needs a new metaphor, for which I humbly submit Philodendron vs. Cactus.

Remember the Philodendron – that lush tropical houseplant for whose benefit ’70s and ’80s moms and dads needed to make “special arrangements” before spiriting the family away on summer vacation? Watering the Philodendron brought us inside one another’s homes each summer in the classic quid pro quo that typifies neighborly relations. I remember one 1980s neighbor who would knock on our door each June, affect an aw-shucks tone, clear his throat, and say, “Well, I hate to impose on your good nature, but…” Ten minutes later, our good natures had agreed to look after his plants. Plant-sitting the Philodendron was an act of almost compulsory neighborliness, but even the best of Good Samaritans could admit that it was also a drag and an imposition.

Enter the Cactus, self-sustaining semi-succulent beloved by footloose Xers and Millennials. The Cactus, whose popularity as a garden center purchase first spiked in the tenure of Texan George W. Bush and continues to this day, doesn’t want a house-sitter or an in-home advocate. Instead, it lives on abandonment and neglect, happily enabling all do-your-own-thing personal philosophies. The Cactus asks nothing of us, piques none of our personal failings, and positively thrives in our absence.

Over time Cacti have come to symbolize the gradual desertification of American civic life. Not coincidentally, during the Cactus’s reign, Americans are pulling up stakes to leave more fussy Blue states for the lands where semi-succulents roam, taxes are lower, and the living is mostly maskless. From July 2020 to 2021 the nationwide winners in the competition for population gain were all located in the semi-arid mountain West, with Montana, Idaho, Utah, and Arizona leading the pack, alongside Texas. Meanwhile, the fussy Philodendron States that insist on routine checking-up and checking in – states like New York and Illinois – lead the list of population losers. These are the states journalist Colin Woodard describes as comprising the de facto nation of “Yankeedom,” and those that historically emphasize a “perfect earthly society with social engineering, individual denial for common good,” and a “vigorous government.” These are the places that are as happy to check that your mail has been delivered as they are to impose upon your good nature.

The decided tilt toward the rugged individualism and rattlesnake politics of Cactusland is the best “tell” yet of America’s growing embrace of don’t-tread-on-me ideologies. The West, where the Cactus lives freely and naturally, and where the Census tells us many young professionals and monied retirees are moving, I argue, is a harbinger of where American hearts and minds may be heading, as well as an allegory for the hazards implicit in the desertification of public life: decentralization, distance, deregulation – in short, less persnickety care and more prickliness.

Is there a direct causal connection between America’s embrace of succulents and semi-succulents as houseplants-of-choice and the conspicuous mass movement of Americans to states with the least amount of rainfall? Maybe not, but the correlation gives us strong cause to consider. The Midwestern farmer grows his corn in the Corn Belt because both he and his plants find what they require there: abundant and timely spring rains for germination, warm summers for pollination, cool, dry autumns for harvesting and drying. Over time he coevolves with the land, his character coming to shape the region in which he lives just as the land comes to reflect his character and values.

Where I grew up, two agrarian colloquialisms dominated discussions of where we move and why: “grow where you’re planted” and “you vote with your feet.” Contrary to public misconception, most of us still do grow where we’re planted, at least after a fashion, given that the typical American still lives just eighteen miles from their mother. And if the second of these two time-honored aphorisms also turns out to be true, and we really do vote with our feet, the growing vote to relocate lives and livelihoods to lands of megadrought surely says something essential about the promise and peril of our future, about what we value, and what we think we can live without.

Electing Beaver: The Politics of Place in the Public Square

The Closing of the Republican Mind (A Séance)