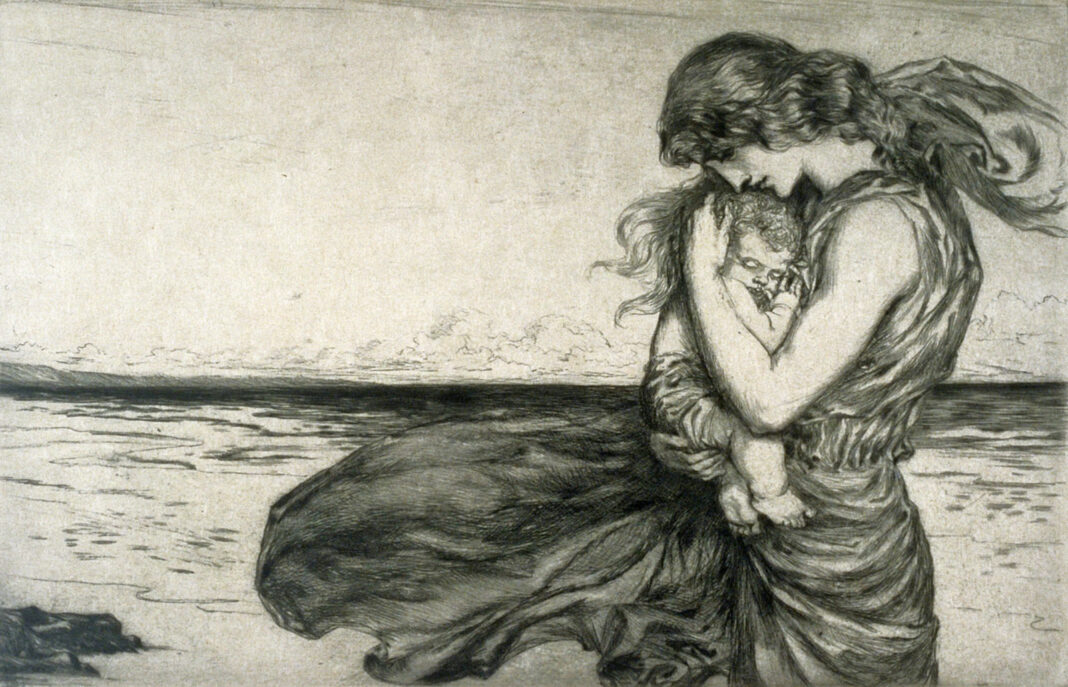 Millard County, UT. The formula shortage is easing, but it’s not over. Stores across the country are still rationing their supplies, some eight months after Abbott had to issue a recall for contaminated formula. There’s been plenty of outrage over the sad situation of parents scrambling to find formula for their hungry babies, plenty of finger-pointing and calls for reform, but we’ve largely overlooked a critical aspect of the crisis: the role medical professionals play in creating dependency on formula in the first place.

Medical interventions during labor are directly or indirectly implicated in breastfeeding complications: IV hydration can lead to breast engorgement as excess fluids build up in a mother’s body; forceps, vacuum extraction, c-sections, suctioning, and resuscitation can injure the nerves, muscles, and ligaments in baby’s mouth, throat, and head, making it difficult to latch properly or even latch at all. Pain-killing drugs, too, can delay when a mother’s milk comes in. The physiological process by which a mother gives birth to a child and both learn to breastfeed is incredibly complex and only partially understood, but medicine routinely and cavalierly interferes with labor, thereby derailing, delaying, or disabling critical physiological functions necessary for successful breastfeeding.

Most women today at least try nursing their babies. But by six months of age, the vast majority of babies have stopped nursing. There are many reasons for this, including a culture that only grudgingly accommodates mothers and babies, but the role that medicalized birth plays in breastfeeding failure must not be ignored. To be clear, medical interventions in true emergencies have their most welcome place, but it has been well documented that many doctors and nurses aggressively push procedures on women in labor that they don’t need or don’t want. Then, when breastfeeding fails and the mother is dependent on formula to keep her baby alive, it’s not the doctors and the nurses who pay the consequences; it’s the family. They’re now at the mercy of far-flung supply chains—an economist’s fantasy but a hungry baby’s nightmare. In this current shortage, bare store shelves have resulted in the hospitalization of some of the most vulnerable babies and untold stress for millions of parents already stretched thin by the reality of caring for a young child in a society bereft of community.

For whatever reason, it’s not commonly known that medicalized birth can have such a detrimental influence on breastfeeding, even though there’s a solid body of research documenting the physiological effects of birthing practices on the breastfeeding relationship. When breastfeeding fails, blame falls on the mother or the baby. It’s commonplace to hear women say, “I didn’t have enough milk,” or “My baby couldn’t latch,” as though it were some kind of personal failing or the mysterious hand that Fate had dealt them. No connection is made between birth and breastfeeding.

There certainly are conditions that make breastfeeding inherently challenging, but even aside from those specific conditions, breastfeeding difficulties have become widespread and commonplace, and they’re becoming normalized. “Breastfeeding is hard. That’s just how it is,” many women tell themselves and each other. The result is that the medical system, which plays a pivotal role in so many breastfeeding challenges, escapes blame. That’s a heavy—and unfair—burden for mothers to bear, and it reinforces the idea that women’s bodies are deficient by default and in need of intervention, in turn training us all to accept the transhumanist premise that humans can only be made whole through technological saviors.

Earlier generations of women were encouraged to abandon breastfeeding for supposedly superior formula. Although breastfeeding has since been vindicated and countless people have worked to revive it, breastfeeding has re-entered a world that grew up on formula. The medical practices that became standard protocols for labor were developed for a formula world, where it didn’t matter what impact medical intervention had on breastfeeding. The protocols remain basically the same, but women’s goals have changed: they want to breastfeed their babies. Unbeknownst to them, standard medical practice makes achieving that goal much more difficult.

A quick internet search reveals that although major health organizations explicitly promote breastfeeding (for example, the US Preventative Services Task Force, the American College of Obstetricians and Gynecologists, and the American Academy of Pediatrics), they neglect to mention birthing interventions as a potential stumbling block to successful breastfeeding, even as their stated goal is to improve breastfeeding rates. There are certainly breastfeeding advocates who recognize the impact of birthing practices, but their voices don’t seem to carry far enough. As a result, women are making choices about how to give birth without understanding what’s at stake. No wonder so many are failing.

Our supposedly advanced society has managed to destroy what should be a universal human experience of inestimable value for both spirit and body. To downplay this massive tragedy by pointing to other breastfeeding failures in other cultures throughout time, as formula apologists have done during the shortage, is to sidestep a crucial opportunity for introspection and, thereby, repentance. Medical interference with physiological birth is the elephant in the room—or in this case, in the formula can. It’s painful to admit that the miracle of modern medicine, which proclaims its preeminence in saving women from the “curse” of birth, has robbed many families of that first, most precious nursing relationship. It’s disturbing to realize that iatrogenesis starts from the very beginning of life. To acknowledge the harm that has been inflicted on uncountable human lives is to invite doubt about the underpinnings of our technologically sophisticated world. That is an uncomfortable and lonely place to be. Yet it’s necessary if humans have any hope of reclaiming their birthright at mama’s breast.

The formula shortage has dragged on much longer than predicted. The suffering and stress it has caused millions of American families shines a flood light on the weaknesses of our infant-feeding system. Fixing supply-chain issues and cutting bureaucratic red tape can certainly help families who need to find formula at the moment, but without training a critical eye on the primary causes of formula dependency, especially the role the medical system plays, we leave families vulnerable to future catastrophe and all of us more susceptible to the siren song of transhumanism.

‘Spiritual but not Religious’ Revisited: An Urgent Case for the...