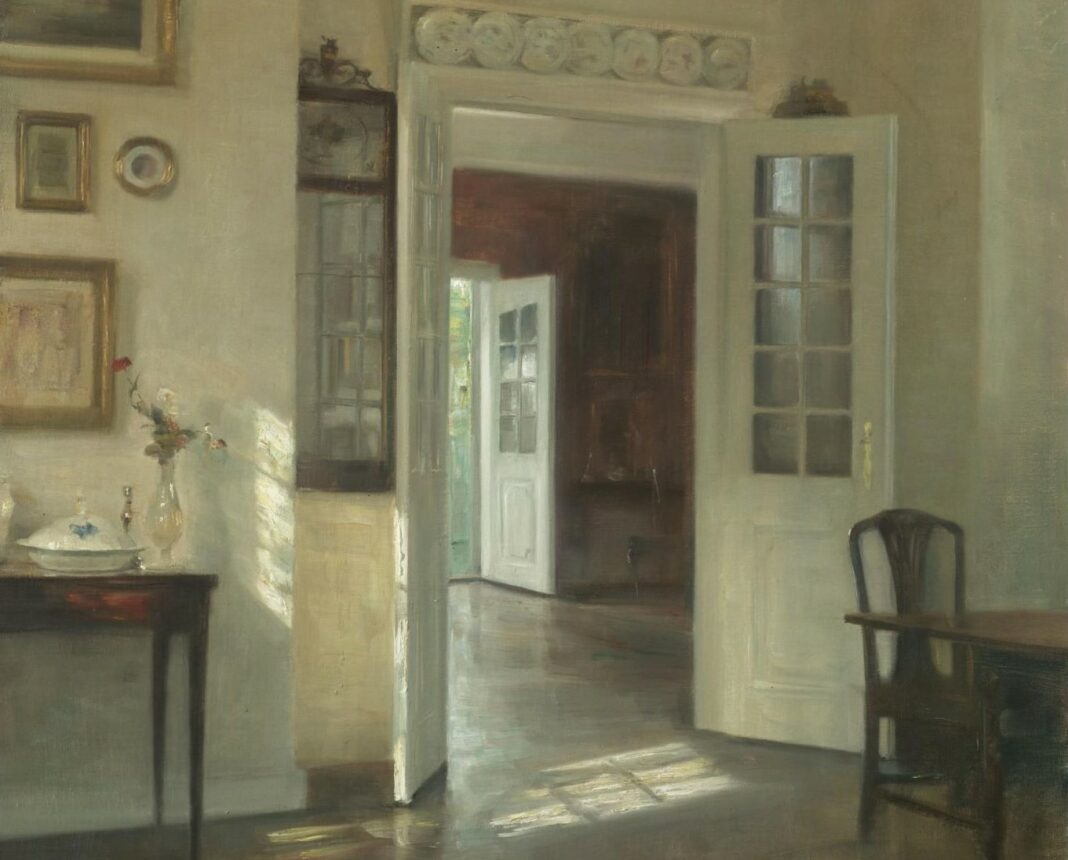 El Paso, TX. The rooms are quiet now as the last boxes have been taken and the movers left. My wife squeezes my hand as I walk through home one more time before the for-sale sign goes up. I think of many times past and what tales those walls could tell if they could talk. The green shag carpet would have some as well; it had not been changed since we moved in. Why do some people never change carpet, interior paint, or the furniture of their homes and some often do?

The county records can tell the public history of 3301: That it was constructed in 1958, what was the builder’s name, which subdivision it was in, and that it was a model home. In 1958 El Paso had 245,000 inhabitants; today it has over 900,000. But a home is more than these facts, even if they are telling now that many of us today live in cities with shared services, or in spaces we will never own, rather than farms or ranches that may provide a more profound sense of place. But a tract home still holds memories and serves as a place of refuge from the world.

It was the most beautiful house my mom could imagine. I was 11 and devastated that we might move—it was a whole block away from our other house and across a 4-lane boulevard which to me was as foreboding as the Berlin Wall. Such are the narcissistic worries of youth. My objections to moving were overruled.

I was an only child, and my parents and I moved into 3301 in 1973 or so. I lived there until I went away to college in 1984. My bedroom decor changed from posters of my patron Saint Michael slaying the dragon to the famous poster of Farah Fawcett in a swimsuit. We would return to 3301 after many hunting trips, fishing trips, and ball games. There was the “mooning” incident by a friend in high school that led to a year’s discipline requiring I wear a belt when I left the house. There was also the secret my classmate told me in 8th grade about a group of lady dancers who worked at a local men’s club who had moved into the rent house next to him on our street. With an excited grin he reminded me “the house had a pool in the backyard where they might lay out!” We did our homework in Tony’s backyard for several weeks. And 3301 was also the house where my parents returned after the funeral of each of their parents.

On an August day in 1984 mom drove her car and I my pickup to a fast-food chicken restaurant for lunch. After we ate, I set out for Austin powered by the excitement of youth and a new challenge. My mom, who had not worked outside the home since I was born returned to an empty 3301 that day. Intuitively she knew what I did not at that moment, her only child would never live at home again. She never gave a tell or showed a tear, but having lived through that separation from my own children now, I bet she cried all the way home and at 3301 when she got there. I don’t know, but I bet my father came home from work early that day too.

Mom was right that I would never live there again, as she was about most things. I never lived at that house again but only visited. Looking back, I wish it had been more often. But work, children, your own family, and life make it a struggle. Grandchildren are a compensation that hopefully make up for some of that. Even when my dad was still a judge with a full docket, he and my mom would leave one Thursday each month, drive from El Paso to Austin to see a granddaughter, and drive back Sunday. Then my dad would be back in court on Monday morning listening to family law cases. If you have not made the drive, you should know it is an easy nine hours each way. As my uncle would remind me, El Paso is closer to Los Angeles than to Austin.

My folks stayed at 3301 until 2018 when after a fall and head injury to my mom we decided they should try an assisted living facility “for a while.” After softening the need for the move with that caveat, my dad looked at my wife and winked. Intuitively, my dad sensed he would never again sleep a night at 3301. And of course, he was right.

The political philosopher Edmund Burke wrote about the importance for man of the “little platoons” of society: family, church, and neighborhood. For me the time I lived at 3301 was important. Mom was always the room mother of each of my classes and dad the PTA secretary. They never missed a game I played or a recital in which I performed. Christmas Eve we always had family and friends over. My dad’s homemade chili (with beans!) was a must, and the coffee pot was perpetually refilled.

And then there was ping pong. Family and friends would play one-on-one for hours. And it was competitive because the winner stayed on the table and continued to play. During high school my friends would come over most weekends to play. In retrospect I never went inside many of my friends’ homes during high school because they usually came to 3301. What great memories. I would give a ton of money for one more game in the back yard of 3301 with dad and my uncle.

It was a great neighborhood with great neighbors too. It was a neighborhood where families put a helping hand sticker in their window so children would know that was a safe house to go ask for help. I don’t see those signs anymore. In the 50+ years my folks lived there, the friends on the street that were there when we moved in have passed on. Losing such longtime friends is one of the worst curses of growing old. But new friends filled those homes, and when my wife and I were cleaning out 3301 many of those younger neighbors came to tell us how much they loved my parents and how much they would be missed. Those new neighbors shared home cooked meals, stories of my parents, and tears.

Today, many in our society seem to want change for its own sake. I hope a different spirit continues among those neighbors and the street remains a neighborhood as it was while my family lived there. No matter how much our society changes, those should be permanent things.