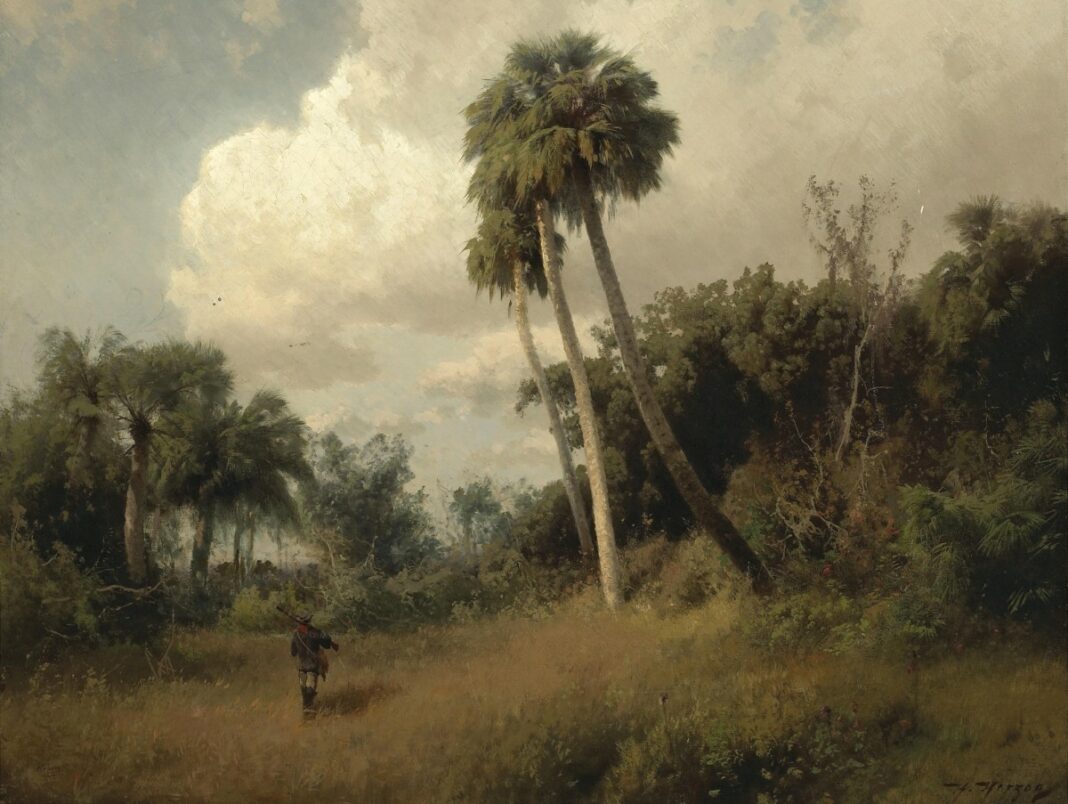 Carrollton, GA. Early in my academic career, I taught for a year at a university in Florida. As is common for much of southern Florida, alligators dotted the landscape. Signs next to every body of water, however minuscule, dutifully warned that alligators could be present. And on my campus, it turned out that such warnings were not mere hypotheticals.

The story that had entered campus legend goes as follows. One ordinary morning, students and faculty arriving to the business school building, which abuts a scenic canal, found a highly confused alligator stuck in the sliding automated door of the building. The friendly guy apparently decided to stroll in for a class or maybe a snack, but he got stuck. And there he stayed for a few hours, unable to move either forwards or backwards before animal rescue came to his aid. Classes started a few hours late that day.

Wildlife has had a history of disrupting the best laid human plans since the days of Eden. For millennia, people have painstakingly tried to modify the wild landscape around them into something more hospitable to themselves and less so to the wildlife, calling the results civilization. The select few animals, particularly valued for their ability to provide food or services to people, were invited in the process to move in with the humans. They became reclassified as part of the family, and were therefore allowed within the house or its supporting structures, as opposed to their wild counterparts, who retained the status of enemies and had to be kept out. But for just as long, wildlife has been fighting back in subtle, inexorable ways, determined to get inside, out of sheer instinct. Perhaps the war against bugs and other wildlife is the biggest battle that some of us will keep fighting until the day we die. And just as surely, we will keep on losing.

Or so it seems every summer, as long columns of ants invade our home in rural Georgia. Fearless tiny warriors in perfect formation, they keep pouring into the house in steady and uninterrupted streams, arrayed two-by-two or one-by-one, as in the song, apocalyptic orcs that they are, one taking the place of the next if any are destroyed. The situation reached a real crisis point two summers ago, when the ants were invading from every crack imaginable, including the upstairs bathroom ceiling vent. Unphased, the exterminator sighed and shrugged, as he noted that the entire neighborhood had been built on a giant ant mound. We began spraying cinnamon oil everywhere, slowing the ants down just enough to still be able to take showers in peace. As a side benefit, the house smelled like freshly baked cinnamon rolls all day every day.

But at least the ants are generally harmless, even if annoying. Not so with the bat that once invaded another home where I had lived years earlier, late on a winter night, flying around chaotically before disappearing. And then I found it seated on the rail of my infant son’s crib, eliciting deep Dracula vibes. The pediatrician whom I called in panic the next morning explained the protocol for such cases: since bats who fly into homes are often rabid, the probability is that this bat was. And since bat bites can be invisible to the naked eye, the baby would have to receive a full course of rabies shots. And so he did, going in for the next shot in the series every Saturday for the six weeks that followed. On the plus side, joking relatives quipped, as they nicknamed him “Batboy” for the next year or so, since his rabies shots were now current, we could let him play with any racoons or other wildlife to our hearts’ content.

And other wildlife there is aplenty. The woods creep right behind the house, providing abundant living space for snakes, in addition to other fauna, the full extent of which remains unknown. One day in late summer the boys found a massive snake skin, freshly shed, on the path that goes around the house. Excitedly, a neighbor friend measured it, reporting a full seven feet in length. Another friend helpfully informed us that if a snake is shedding skin, it is still growing. Don’t let the baby go out there unaccompanied, we reminded each other for days thereafter.

Maybe we are not made to live in the woods, I sometimes wonder. But is the “we” here my bug and wildlife-averse modern family? Or is it the human race, invaders as we are on the ants’ and snakes’ and rabid bats’ terrain? Or is the enemy here not the snakes and the bugs, but something larger, more cosmic? Perhaps this is what Isaiah was thinking about, as he prophesied of the day when “The infant will play near the cobra’s den, and the young child will put its hand into the viper’s nest” (Isaiah 11:8 NIV).

This prophecy readily comes to mind in this season, as Advent invites us to imagine the world not as it is right now, but as it was meant to be and will be someday. Apparently, there will still be poisonous snakes in that glorious and glorified world. Maybe the bats and alligators will be there as well. And so may the mosquitoes and those occasional tiny scorpions who too invade our home every summer—perhaps I would have thought twice before taking a job in Georgia had I known that it had real live scorpions in addition to everything else! But the promise of the coming of the Messiah is that all these animals will be changed from enemies of the human race into its friends, or at least comfortable and tolerant neighbors. This promise sheds, furthermore, a different light on the present discomfort that some of us may feel over the invading much-maligned bugs and wildlife. In the fallen state of the world, we really are enemies. Only the restoration of the original shalom of creation could bring us all back into friendship. And on that day, we will need cinnamon oil no more.

“A is for Alligator,” my three-year-old, learning her letters, authoritatively repeats with her adorable lisp, against which a full semester of speech therapy has so far proven powerless. Her naming is an act of hope that recalls Adam naming the animals in Eden and looks forward to the child reaching out a hand to pat an alligator in the coming peaceable kingdom.