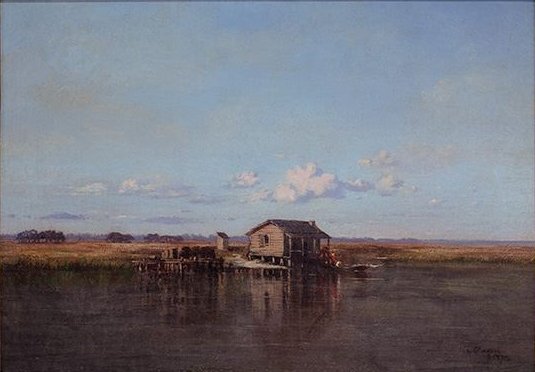 Waco, TX. Cormac McCarthy has been writing for years about how language fails. For those who hadn’t caught on yet, he made this clear with an essay, “The Kekulé Problem,” published by The Nautilus in 2017. Its topic was the unconscious, why it ‘speaks’ to us in dreams not words, and why there is more to our mind—let alone the world—than words, and why that is such a strange problem. “When you say: How shall I put this? What is the this you are trying to put?”

That quote comes not from the essay, but from one of two long-anticipated novels published this fall, sixteen years after his last novel. The pair, one a story, the latter a philosophical dialogue set beside it, offer conclusive meditations on almost every topic from McCarthy’s august vocation.

The first, The Passenger, tells of Robert “Bobby” Western, a salvage diver living in New Orleans who takes a job to inspect a plane crashed in the Gulf near Pass Christian. The job has strange results, men in suits soon appear to interrogate, Bobby’s apartment gets raided, he wanders his way through the ever-tightening grips of the FBI. But what is most at stake is the memory of his dead sister Alicia, with whom he shared a deep love. (‘No’ is the answer to the question you might be thinking.) She a synesthetic math prodigy who gave up math in despair, he a nearly brilliant physicist who gave up physics for adventure, the two of them children to parents who worked on the atomic bomb. A fated family.

Throughout, the story cuts to moments of Alicia’s life in isolation before Bobby’s troubles occurred. She had been tended to by “visitors” since childhood, in particular one “Thalidomide Kid,” a 3’2” scarred, flippered caricature of a circus runner. He barges into life periodically to speak in senselessly tangled idioms, tacky jokes, exasperated “Jesus Christs,” and other vanities. Apart from Bobby, he and his troupe are her only lifelong companions.

Alicia commits herself to an insane asylum in Wisconsin after dreams of a happy life with Bobby fell through. Enter the second novel, Stella Maris, a dialogue between her and her psychiatrist, in which she educates him about mathematical foundations or the lack thereof, famous physicists and philosophers, her nigh complete solipsism, her despondency of life and the world, and her love for Bobby. I imagine an editor asked McCarthy to cut a 650-page book down to size but took two books as consolation.

If a recent interview of him at the Santa Fe Institute is any indication, these novels are McCarthy’s own meditations barely veiled by a narrative. That is no criticism, because he has the dignity to dwell on problems too many of us have moved on from as if they were already solved. Take the atomic bomb, for example. Recent turmoil with Russia notwithstanding, few of us dwell on the terrible nature of nuclear power and its great potential to destroy the earth. But Alicia and Bobby, children of the Manhattan Project, seem cursed by the destruction the bomb has wrought and will again someday. At times, McCarthy writes as if the second bomb has already dropped, and everyone else just doesn’t know it yet. As Alicia warns, “the bomb is forever.”

In one of the stranger parts of The Passenger, a private investigator takes a long excursus on the Kennedy assassination. According to him (McCarthy?), it was an obvious conspiracy set up by the New Orleans mob, and he and Bobby are eating in its restaurant. This scene reflects the paranoia pervading The Passenger, mostly directed toward government agents slowly tightening their strangleholds over Bobby’s and everyone else’s life. “McCarthy must be getting old,” some readers may think. Perhaps. But what should we expect from the government, now that it has managed to create in secret a weapon easily capable of ending the world? How can we go on each day as if the government does not have this power, as well as the power to do so much else? Have we really reckoned with that raw power, 77 years on?

The paranoia, therefore, is larger than conspiracy theories, and it joins with McCarthy’s other meditations on the nature of science, the loss of mathematical foundations, and the failure of language to match up with the world. Heisenberg gave us his Uncertainty Principle, others the Observer Effect, throwing the ultimate veracity of scientific observation of a world “out there” into doubt. Wittgenstein showed us our words do not “hook on” to reality but follow manmade patterns made familiar by use. And however hard Gödel tried to make us into mathematical Platonists, the best he could manage was showing that the world of mathematical forms is quite detached from this one. We are left with no pure world, no true reality. Only ourselves and what we can make—or destroy. We are homeless and lonely and afraid, and we should be.

All these metaphysical problems had their heyday in the fifties and sixties. Since then, many smart and sensible people have offered various arguments to solve them—metaphysical non-realisms or pragmatist theories of language, revived Aristotelianisms or rehashed doctrines of analogia entis. Strange, they don’t manage to convince the culture. Why do so many, not least McCarthy’s characters, still feel so alone and cut off from reality? And why do those who don’t feel this way betray a hint that they too are hiding some secret pain? Either these solutions are not correct, or the problem runs deeper than syllogisms.

Ultimately the problem is a loss of God. With names like “Western”—the West—and “The Kid”—Nietzsche’s child who comes to the West after the camel and the lion—McCarthy is leaving little doubt about his concern. (If you think that’s a stretch, I recommend watching McCarthy’s The Sunset Limited.) Alicia, Bobby, and all the rest lie in the aftermath of the death of God and the death of the West, though most of us, as in the case of the bomb, act as if it hasn’t happened. None can bear to believe, but they wish they could. As is reflected in every character’s sexuality, their love is stunted or ill-directed or fallen, so they cannot bear fruit, and they sorrow in their yearning for it.

Throughout, Alicia and Bobby hint at God and gesture away from their godlessness. Sometimes they speak, other times weep, into the void. And in the end, Bobby, “the last pagan,” concludes, “I live in a windmill. I light candles for the dead and I’m trying to learn how to pray.”

And he sees the Kid for himself in a dream, “God’s own mudlark…”

Was it only a dream? Are dreams only dreams? Or are they God’s gifts of the unconscious which we still fail to know? McCarthy lets these questions remain, and no argument or worldview can answer them. So, we are left waiting for God to say something, anything, as His answer.

We can only sit and weep and wait with McCarthy’s characters. He beckons “that the deep foundation of the world be considered where it has its being in the sorrow of her creatures.” As a longtime reader of McCarthy and a Christian, I still can do no more than that, though I am acquainted with a lamb slain before that foundation. I am waiting as well, I would say to McCarthy. And God has not yet answered but works His certain blessings in silence, revealing only His works and leaving the speech of His Word to the words of stuttering mortals.

The Moral Implications of Dictionaries