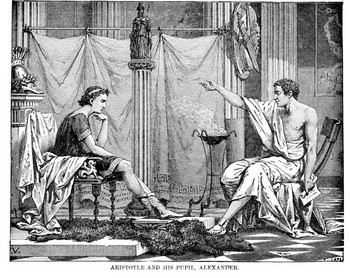 JEFFERSON COUNTY, KANSAS.  Everyone here seems to pretty much agree that we are in a pickle.  The symptoms are there for anyone to see.  The root causes are perhaps more difficult to ferret out, and may be multiple and varied.  One of these must certainly be the declining standards of rigor and membership which is a social phenomena in need of some steely analysis.

This decline has been a long time in the making during a drawn out historical period of cultural declension and it poses a fundamental threat to any organized, institutional, human structure based on membership.  Today’s bricolage of identity commitments is not long for the world, being overrun by events on the ground, and this realization has spawned any number of weepy eulogies or eye-popping warnings about the end of Christianity or the end of conservatism or the end of what-have-you.

Mostly these expressions serve only to demonstrate that people generally have no idea how membership and identity work as historical and cultural forces.  Consider the rise of group blogs (!), vanity presses, diploma mills, and the like.  By all accounts, the fake qualification business is booming.  Has a star been named after you yet?  How many hits has your blog had today?  Naturally, this is complete excrement.

In a society that has rejected the historical function of meaningful grouping, people begin to confuse the possession of discreet, material objects or opinions (a “book,” a “diploma,” “faith,” or a “political ideology”) with the accomplishment, esteem, and belonging they really desire.  As this breakdown occurs it is driven by a resentment that perceives “faith” or “authorship” or “politics” or even “family” as a kind of exclusive club which they either no longer know how to enter or do not have the chops to do so.  And they certainly cannot accept that they might not be allowed in under any circumstances.

Trading on this confusion layered over with generalized idiocy and low self-esteem, the credentialing industry–including the massive political credentialing industry (this is what Limbaugh really is)–seeks to remedy existential unrest with a set of opinions or beliefs that require anything but hard work and wisdom.  Worse yet, this is how many people view even formerly legitimate communities, faiths, diplomas, citizenships or other indices of human struggle to come to terms with existence.  Legitimate and illegitimate accomplishments and identities collapse in on each other.  Americans do not now know what the fixed standards are for quality, competency, membership, and real achievement in any area of life (certainly not in the area of faith or politics), except maybe facebook.  If you tell them they will deride you as an elitist.

This is now endemic and in fact fundamental to the nation: our citizens habitually dislike and rail against established institutions that are necessarily particularist and exclusive.  When these institutions are healthy they don’t care what outsiders think of them.  They put big demands on those who want in and they remain unapologetically “elitist.”  Well-founded traditional institutions including the Christian church, the family, and the major political parties float in this corrosive ooze which threatens and erodes those institutions bit by bit and has already destroyed many of them.

I suspect most people are mainly concerned with producing a pantomime of respectable religious faith, citizenship, or political affiliation because this is the only way they know to protect an experience of belonging that has not only become very distant but is also largely inaccessible because there is too much effort involved.  This amounts to a complete rejection of the classical model of learning, achievement, and membership which imposes only two rules: 1) accept that you are not the master and not even close; and 2) take your beatings and work harder.

It is only on such a common standard that men, whoever they are and whatever their station–rich or poor, barber or builder, clodhopper or shopkeeper–can know and experience true equality, for they know and honor the true measure of the other.  They are “equal to their own needs” in Wendell Berry’s terms, which is the foundation of that quaint Aristotelian notion philia politike–political freindship–otherwise known as peace and happiness.

This kind of friendship subsists in a spiritual and political economy the ancients called amicitia–the loving partnership between God, Creation, and Man.  This experience of political or religious fraternité produces health and wholeness.  Which is to say, it produces the strength to shoulder existence in faith, hope, and love.