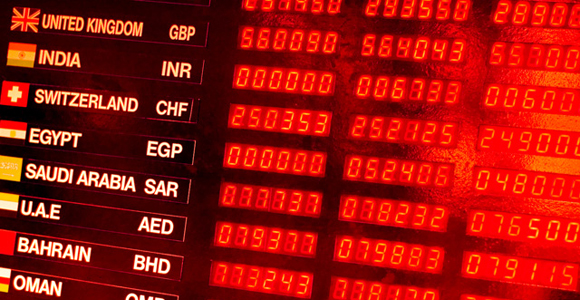 E.D. Kain identifies a paradox in modern American conservatism that will be familiar to students of George Grant. Forty years ago, Grant wrote this in his essay, “In Defence of North America”:

It may be inded that, like most of us, the ‘right’ want it both ways. They want to maintain certain moral customs, freedoms of property and even racial rights which are not in fact compatible with advancing technological civilisation. Be that as it may, the North American ‘right’ believes firmly in technical advance. Indeed its claim is that in the past the mixture of individualism and public order it has espoused has been reponsible for the triumphs of technique in our society.

At the root of this desire to have it both ways, indeed to “have it all,” is the belief in progress. Crucial to sustaining the myth that progress is both possible and desirable is the intensified exploitation of nature through technology, which necessarily means the greater mechanization of life and the deepening dependence of everyone on this technology. In the end, this must eventually mean the exhaustion of nature and the discovery that we advanced as far as we did at the expense of later generations who will have to make do with even less. In truth, then, we have not made any permanent progress, but have prepared coming generations for a painful correction as they pay for the gains we already enjoyed. As ingenious as research into various forms of alternative energy undoubtedly is, the creation of these new technologies is an attempt to accommodate appetites rather than curb them and to evade significant changes in behavior for as long as possible. Equally important to keeping the myth alive is the obscuring or indeed denial of real costs, or indeed the celebration of devastation as proof of progress. As I said a few years ago in response to the mentality that we can “have it all”:

We know perfectly well that “material advancement” results from this system (at least for a while)–that is, if I may be so bold, precisely one of the things wrong with it. It assumes that endless material advancement is good in itself and that it has no serious, negative consequences for human life.

As Professor Deneen has argued elsewhere, the very habits we cultivate as consumers may in the end sabotage our economic and political life:

Yet, what if we were to widen our aperture a bit and consider whether a nation of self-defined consumers is a good thing? What if the very self-definition of ourselves as “consumers” – now used unselfconsciously as the one universally valid term to describe Americans (not “workers” and certainly not “citizens”) – is deeply damaging to the civic and moral culture of a nation? What if economic and political policies that promote consumption over good, hard work induce very bad habits that in turn lead to very bad economic outcomes?

As he observed again on Monday, all current policy debates are focused on how best to rehabilitate an unstable and unhealthy system and revive the bad habits that brought about its implosion, and all the while avoiding any responsibility ourselves for our role in any of it:

We are proposing – without any debate, discussion or reflection – to, as best we can, reconstitute the economic “engine” that now, and then, too, mercilessly displaces people from positions when cheaper labor can be found, and just as much has sought to collectively reshape the American and world landscape so that it is as uniform and commercially homogeneous as possible, an economy dictated by and trapped in the throes of short-term thinking. We are witlessly striving to shore up the massive concentrations of private corporate power by means of increasing concentrations of “public” power – “public” only insofar as it remains deeply beholden to, and enmeshed in, the success of those massive private entities. Rather than entertaining the possibility that a private organization that is too big to fail is perhaps for that reason too big to exist, we instead like narcotized adolescents accept that Big Daddy will take care of us in the end and we bear no special burden to consider our own complicity in what has befallen us. We are content to look elsewhere for the perpetrator of crimes against our innocence – if on the Left, to blame to greedy corporate interests (as if we have not been blithely shopping at Wal-Mart or Target or Home Depot while local shops have withered on the vine); or, if on the Right, to accuse the depredations of Government and especially Barney Frank. And, above all, we yearn to revisit our blithe state of unconscious belief that the good of life consists in getting what we want without cost, travail, or consequence.

No less important to maintain faith in progress is the false definition of freedom as the absence of restraint and restrictions. Concentrated wealth and power gain ground and are actually rewarded for their failures because they can provide “we want” (though not without cost), and for the most part we have ceased to want real liberty and independence. Lukacs observed in At the End of an Age:

Probably much more important and fundamental is something else: the decline of healthy appetites for freedom at the very time when, together with other phenomena of licentiousness, an immense coarsening of civilized life has risen all around us. In this respect–illustrated by their behavior–there is hardly any difference between conservatives and liberals, or between self-designated Rightists and Leftists.

Making a related point, Bacevich writes in The Limits of Power:

As individuals, our appetites and expectations have grown exponentially. Niebuhr once wrote disapprovingly of Americans, their “culture soft and vulgar, equating joy with happiness and happiness with comfort.” Were he alive today, Niebuhr might amend that judgment, with Americans increasingly equating comfort with self-indulgence.

And freedom has been deformed to mean self-indulgence. This brings us to prosperity, which is ultimately not a material state but a moral and spiritual one, which is to say that it is a state of happiness or flourishing. We cannot enjoy prosperity if we misunderstand freedom and if we forget this other point Lukacs made:

Freedom means the capacity to know something about oneself, and the consequent practice or at least the desire to live according to limits imposed on oneself rather than by external powers. This appetite for freedom is not extinct, not even in today’s world; but the present “cultural” atmosphere provides something very different, indeed contrary to its proper nourishment.

The task before us, then, is to create an atmosphere conducive to the proper cultivation of this healthy appetite for freedom and to make clear what liberty it is we are seeking to restore.

Learning How to Think with Alan Jacobs

The Banks we Deserve, the Economy we can Sustain