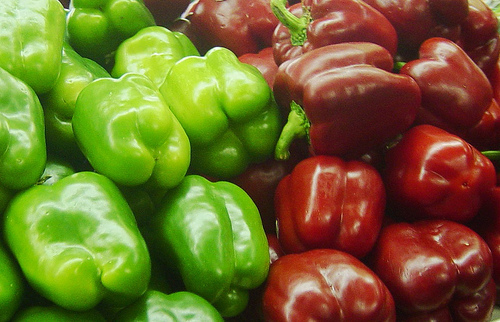 JEFFERSON COUNTY, KANSAS. A few weeks ago I attended a meeting of Kansas secessionists. The participants were rowdy, complaining of economic gigantism squashing them flat and bureaucratic thugs hounding their every move. They were all sick and tired of worker-ant existence in the hive-mind of American groupthink and they wanted out. Despite the quintessentially political nature of the gathering, politics proper never came up. Conservative and liberal meant nothing in that room, and party affiliation even less.

Kansas patriots fomenting disunion? No, though there are a few of those kicking around these parts. These were local farmers organizing a farmer’s market. I had offered the parking lot of my law firm for their use, and was mostly just an observer of the scene. The locals probably couldn’t tell you the first thing about the politics of secession, but the Spirit of ’76 showed up in force. Damned were the federal busy-bodies who tell local farmers what they can and can’t sell; condemned were the centralized agents of agri-business who want ID chips implanted in livestock; mocked were the credentialed witch-doctors from the department of agriculture who own the brand “organic.”

All that was left undone was a patriotic march to the local Enormo-Mart to dump the limp and faded out-of-season tomatoes imported from South America into the local pond (which isn’t quite Boston Harbor, but it would have served). And while there was no Declaration, it was clear that these small growers wanted out–out of forced participation in the economic union of cheap mass production, central planning, credit money, and the ignorant consumerism they despised.

Michael Pollan would understand. His The Omnivore’s Dilemma and its sequel, In Defense of Food, amount to a manifesto for farmer’s markets and locally produced food across the country. Meticulously researched, Pollan’s work chronicles and traces the gigantism that defines today’s food economy–and all the deleterious effects which result.

“What’s the big deal?” many will ask. Let Pollan count the problems–declining health; an obesity epidemic; the collapse of the family meal; environmental degradation; a food system that will eventually tumble leading to food shortage and political unrest; the loss of joy and beauty in eating; the forgetfulness of a people bereft of one of the most basic pillars of tradition–grandma’s recipes; and ultimately, the loss of freedom for a people incapable of the ordinary work of self-provisioning.

If that’s not enough, our food also tastes like shit. In Wendell Berry‘s apt aphorism, our food economy is busy turning people into pigs rather than pigs into people. Or as Pollan puts it, “Cheapness and ignorance are mutually reinforcing.” Tell me about it.

Pollan issues this simple dictate: “Eat food. Not too much. Mostly plants.” The harping of a food-scold?  Perhaps. But Pollan fleshes his commandment out well, especially the first third. By “eat food” Pollan actually has in mind something quite revolutionary, because you can’t buy “food” most places. Walk into your local Mega-lo-Mart and what you see is not food–it’s processed corn syrup and assorted chemicals and “nutrients” packaged in plastic and shot so full of preservatives it will never rot.

Food rots. If it doesn’t rot, it’s not food. That’s a good principle to live by.

Twinkies and Mountain Dew–the body and blood of a new sacrament in the temple of foodshit.

Pollan pulls the curtain back on the small cartel of priestly “nutrition experts” and “food scientists” emanating from land grant universities who rule this temple, dominate our government’s food policy, and determine what we will eat.  He demonstrates convincingly that if one can penetrate beneath the glitzy plastic wrappers, the know-nothing food pyramids, and the seemingly interminable processing of our foodstuff, we are in reality little more than a nation of beasts in a continuous state of mastication at a Babelesque pile of corn so massive it stretches to the carbon infused heavens. Not pretty, and hardly the wholesome image of the American family at table.

Nature abhors a monoculture, but bean counters (kernel counters in reality) adore them. And corn is the monomania of American culture. We’ve even taken to pumping it into our SUV’s and minivans.

An aside: In 1890 a small western Kansas town sponsored a public debate on the statement: “Opportunities have never been better in Kansas.” Taking the affirmative was a lawyer recently immigrated from the east. By all reported accounts, he acquitted himself well, giving a fine and persuasive speech.  When the lawyer finished, a local farmer, seizing the opportunity to take the negative, got up and proceeded to shovel a load of freshly harvested corn into the wood stove.  He sat down without saying a word.  As the local press reported it, those in attendance unanimously agreed that the farmer had won the debate. In 1890 corn was worth more as fuel than as food. Deja vu all over again, only now it’s “green.”

In the wider (or narrower) world of the pundit “food wars”–think Rod Dreher’s Crunchy Cons–these discussions tend to illicit either a retreat into faux philistinism or a mockery of the same. Pollan’s own response illustrates this tension well.  His conclusions are in fact deeply traditional–one might even venture to call them conservative–a fact he acknowledges, yet one which clearly makes him uncomfortable.

Simultaneously exploited and neglected in this debate are the virtues of the actual philistines. Neither conservatives defiantly celebrating their double-whopper and fries nor their liberal counterparts pacing the isle of Whole Foods in search of the perfect dinner party have earned their food war credentials. Both merely play a carefully scripted part in the charade of our national “conversation” over these questions. Pollan’s work has the virtue of refusing both of these easy outs, but then, he can’t he bring himself to tell the whole story.

Pollan’s sensibility is that of the kitchen lover–an admirable thing to be sure–but it’s a love that tends to go unconsummated in an age of genteel decadence. He frets continuously over the ethics of killing a chicken for dinner. He admits he is uncomfortable with the conservative culture of the farm. His tentative solutions tend towards state intervention rather than true laissez faire.

Here is what Pollan and others have mostly missed: honest redneckery comes by dint of sweat on the brow, clods underfoot, and mud on the frock. That Pollan overlooks this is unfortunate, because down at the feed store, the sun-burned, dirty men I talk to would be more likely to open up a can of whup-ass on his hand-wringing self than celebrate his latest gourmand achievement.

This uniquely American disconnect is illustrated well by a short anecdote Pollan relates. In Martin Van Buren’s reelection campaign of 1840, his opponent William Henry Harrison effectively ridiculed Van Buren for bringing a personal French Chef to the White House. Harrison, as he let it be known, preferred “raw beef and salt.” The lesson, as Van Buren and Rod Dreher both learned, is that “to savor food, to conceive of a meal as an aesthetic experience, has been regarded as evidence of effeteness, a form of foreign foppery.”

To bridge this chasm requires a firm recognition that self-provisioning is dirty work done by sun hardened men who obtain not the rarefied sophistication of the credentialed witch-doctors and their organic brews, but membership in the rarefied league of freemen who can pretty much tell anyone and everyone, as circumstances may require, to go to hell without concern for the consequences (taxman excepted).

That’s the feed store definition of freedom in Jefferson County, Kansas, though it’s not taught much in social studies textbooks. Only such men–rich or poor, barber or builder, clodhopper or shopkeeper–know true equality, for they know and honor the true measure of the other. They are “equal to their own needs” in Wendell Berry’s terms, which is the foundation of that quaint Aristotelian notion philia politike–political fraternity–otherwise known as peace and happiness.

There is a sentiment in the punditry for what some have dubbed the emergence of the “Michael Pollan/Wendell Berry right.” Characterizing the food secessionist movement this way is a mistake because the food problem in this country described and catalogued so aptly by Pollan is ultimately a symptom of the much more disturbing problem: that the league of freemen has dwindled to near extinction.  The important questions start not with what we eat but with who we are. Pollan’s insight is to understand that the former tells us a lot about the latter. Pollan’s temptation is to believe that the gold ring in the pig’s snout makes a difference. Gilding the sow doesn’t make her free when the bucket commeth.

Meanwhile, every weekend in my parking lot the secessionists now gather to opt out of economic union with their food masters. Growers and eaters. Neighbors. Celebrating interdependence and independence. And not least of all, as Thoreau exclaimed: “I did taste!”