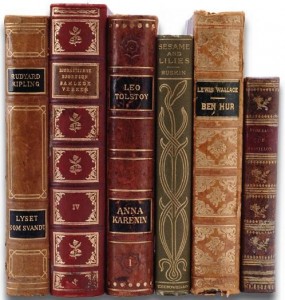 Kearneysville, WV. When speaking of the proper care for the natural world, the word that best describes our efforts is stewardship. Stewards are care-takers. They lovingly guide, protect, and cultivate that which is under their care. In the language of stewardship the concepts of indebtedness, gratitude, love, and responsibility all find their proper places. But it is not only in the context of the natural world that the concept of stewardship has meaning. When we examine the topic of liberal education the idea of stewardship is indispensable. For as inheritors of a civilization, we are its stewards. And because the gifts of civilization are tender plants requiring constant nourishment, our task as stewards requires perseverance, courage, and, ultimately, faith that succeeding generations will take up the mantle when we are no longer able to bear it.

Liberal education, then, can be seen as one aspect of the stewardship of civilization. But what does that mean? It sounds so grandiose, abstract, and perhaps even vain. What is it, precisely, that liberal education should attempt to steward? First, when we speak of liberal education in terms of stewardship, this implies that there is a specific content to liberal education. This flies in the face of some notions of the liberal arts that places the ability to question at the center: “a liberal education will induce in the student a disposition to question received truths and the critical thinking abilities necessary to evaluate various standpoints in light of his or her personal convictions.” Such a conception of liberal education puts the individual learner at the center and assumes that by an act of mere judgment and will, each individual can and should develop a set of personal beliefs by which to grasp the world. On the other hand, in asserting that there is a specific content at the center of liberal education, I am claiming that the first disposition is not dubiety or suspicion but submission and trust. One must submit to the authority of a master in order to fully appreciate the subject matter at hand. One must enter into the world of the past in order to understand it, and to enter the past is to submit, at least temporarily and provisionally, to its prejudices and demands. Understanding requires, in the first instance, sympathy. Criticism comes later, after sympathetic understanding has been achieved.

What is it we are attempting to understand? To whom or what must we submit in order to understand? Broadly speaking, the content of a liberal arts education is the cultural tradition of the west. In order to understand it, we must submit to the works represented therein. The content matters, for the end of a liberal arts education, rightly conceived, is the formation of a soul. Its goal is the inculcation of certain tastes, whereby a person comes to prefer good things over the bad just as a connoisseur of fine art or wine or chocolate comes, through exposure to excellence, to prefer the superior to the inferior. The inculcation of tastes, directed toward the good, entails a re-orientation of loves. The person who has never experienced the sublime will not realize what is lacking in the pedestrian stream which flows all around.

In concrete terms, the great tradition includes the books and essays and dialogues, music, and sculpture, architecture, and painting that constitute the development of creative and analytic thought from the ancient world to the present. Most people would agree that works by such figures as Homer, Plato, Aristotle, Moses, Virgil, St. Paul, Augustine, Aquinas, Chaucer, Dante, Shakespeare, Newton, Bach, Milton, Rembrandt, Locke, Rousseau, Kant, Austen, Dostoyevsky, Einstein, etc. are properly seen as necessary and integral elements of a liberal education. To know the works of the great tradition is to encounter the best that has been thought and created. To wrestle with these works is to strive with the mighty to grasp the perennial truths for which humans naturally seek. To understand these works requires the student to submit, at least temporarily, to their authority and learn from them as an apprentice submits to a master and slowly acquires his knowledge. Therein the soul is shaped by the imaginations of great men and women who have gone before and left a record of their lives and thoughts.

But at the same time, anyone who seriously engages the works of the great tradition will soon come to realize that they do not form a seamless and coherent account of reality. In fact, if one thing is clear about the tradition it is this: the various authors often find themselves in direct conflict with each other. They are striving to know but they often come to different conclusions. It seems that if we must submit in order to understand, we must also move from understanding to critical reflection. All the great works cannot be correct. Yet, we can learn from them all, for even those with which we ultimately disagree can teach us much about the human pursuit of knowledge and the pitfalls that are strewn along the way. Thus, while a serious engagement with the works of the great tradition requires submission to their authority, critical engagement implies that the process ends with personal responsibility. One must learn to exercise judgment and proceed with self-control.

Here we can see how a liberal arts education, rightly conceived, helps to prepare an individual for self-government, which is a necessary condition for a free society. It inculcates mental habits—including good judgment and self-control—without which liberty is license. Through a liberal education we come better to understand human weaknesses and temptations as well as the possibility of noble deeds and greatness. We can learn, by the example of great men, that self-sacrifice is commendable and avarice base; we can come to imagine ourselves treading paths forged by giants and sung by poets; we can come to realize that love moves mountains and hatred consumes both subject and object. In short, a serious engagement with the great tradition gives us the ability to see the possibilities and the dangers latent in human nature. It inculcates a taste for the noble and a distaste for the ignoble. It orients our souls toward that which is highest and best in human history.

It is, in the end, impossible seriously to engage the great tradition without cultivating the habit (or is it the art?) of attention. Tocqueville notes that the habit of inattention is the greatest vice of democracy. This vice is exponentially more pervasive in an age where email, text messaging, Tweets, and YouTube are only a click away. Learning to attend carefully is, perhaps, one of our culture’s greatest needs. Paying attention requires self-control. We must learn to listen before we speak and think before we act. These habits are essential for self-government.

At the same time, there are no guarantees. Liberally educated people have been behind plenty of horrific acts. One thing to which we must never succumb (though the temptation is great) is the notion that there is a simple and unimpeachable method by which we can ensure that people behave as they should. A liberal education can aid in the cultivation of the virtues necessary for self-government, but other things are needed as well, not the least of which is what some might call good fortune and others who know better will identify as grace.

But with all this, there is at the heart of much writing about liberal education a sort of cosmopolitan temptation that, ultimately, does a disservice to the concept of stewardship. When proponents of liberal education describe it as the attempt to grasp the whole, they are partially right, but if we do not continue with the acknowledgment that the whole is grasped via particulars and that, as human creatures, we necessarily inhabit only a small and particular part of the whole, we are missing something crucial.

If a liberal education teaches a person to love abstraction, to relish the exchange of universal ideas of justice, charity, and beauty, yet to be inattentive to the neighbor down the street or the beauty of a well-tended garden, then something has gone wrong. Such an education is suited to abstract beings who naturally belong in no particular place and have none of the senses by which particular beauty or empathy can be experienced. Such an education is, in other words, not fit for human beings.

The word “cosmopolitan” as I am using it, implies a sort of universal at-homeness and a corresponding reluctance to commit to one particular place and call it home to the exclusion of all the rest. A liberal arts education can inculcate such a sensibility, for one learns to be comfortable engaging the ancient Greek poet Homer, the 13th-century Italy of Dante, and Jane Austen’s 18th-century England. And one can, if the mood strikes, do this all before lunch, as it were. A liberally educated person can flit from place to place, age to age, with the freedom of one who has been given the keys to the kingdom. One can cultivate a bird’s eye view of the world, a view that seeks continually to see the forest but neglects the gnarled oak in the field with the initials carved in the trunk or the listing pine in the park around which the children play. In such a condition, one imagines it possible to be at home anywhere, yet actually, concretely, making a home nowhere. Such a world is one of perpetual possibility yet never consummated in the particulars wherein human flourishing is possible.

In such a context, stewardship suffers, for the mind given to abstract universal concepts will readily gravitate toward saving “the world” or “ending hunger” but will find it less natural to consider how to preserve a local community or care for the poor widow around the corner. In short, if a liberal arts education makes it more difficult for human beings to live lives suited to human beings, then it has fallen victim to the temptation of abstraction. A properly conceived liberal education must, to be sure, include an appreciation of abstract universal principles, but at the same time, it must include resources that equip the student to return to the particulars better suited than before to engage the local community of which the student is a part.

In other words, a liberal education should teach students how to be human beings and how to live in some particular place. If a course of education cultivates a hatred for home, it has failed. If it cultivates a dissatisfaction with the local, particular, and the provincial in favor of distant, abstract places where cosmopolitanism drowns out the loveliness and uniqueness of local customs, practices, stories, and songs, then the education has failed. To be well-educated is to be educated to live well in a particular place. It is to acknowledge the creaturliness of one’s existence and thereby to recognize our many debts of gratitude and the scale proper to a human life. A successful liberal education cultivates stewards who are disposed to love their places and who are equipped to tend them well.

The Metamorphoses and #MeToo