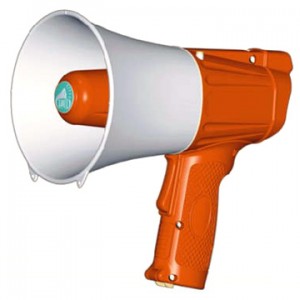 Kearneysville, WV. The publication of Sarah Palin’s autobiography, Going Rogue, provides an opportunity to discuss contemporary political rhetoric, especially the use of certain words that have the effect of shutting down discussion rather than stimulating further thought. Palin’s rhetoric is only a case in point of what has become a national habit. Limbaugh, Hannity, O’Reily, and other “conservative leaders” traffic in this with equal facility. And while I will focus on three terms carelessly used by those on the right, lefties have their own lexicons of conversation stoppers.

Main-stream media. Abbreviated by some as the MSM, this is a way of discounting the reporting and commentary of anyone whose ideas do not reflect the party line. Now of course studies have shown that a significant majority of journalists tend to vote democratic and tend to hold political and social views that are to the left of center. And this may, in fact, create a bias in reporting even if the reporters seek to be even-handed. One’s personal views dictate, to a certain extent, the kinds of stories one will find interesting, so if nothing else, story selection might be influenced. But even if all this is true, to blame a miserable interview performance, for example, on the biases of the MSM, is a handy way of denying one’s own shortcomings. If I can blame Katie Couric for trying to make me look bad, I don’t have to ask myself if, perhaps, I really did look bad and then set about doing the hard work to remedy the situation. Scapegoats are a means of deflecting responsibility.

Furthermore, with the rise of Fox News along with AM radio, it becomes harder to speak coherently of the MSM. There is media that tends to slant things to the left, and media that tends to slant things to the right. There are, as well, outlets that are completely open about their political views and make no pretense to neutrality. This being the case, the term main-stream media becomes a shorthand for “those people who disagree with me.” Suggesting that such a group represents a monolithic entity that is out to get me is really just another way to play the victim.

Socialist/Marxist/communist/fascist, etc. These words have been bandied about a lot since Obama took office. They have come to be used almost interchangeably to describe the programs and aspirations of the President. There is only one problem: these words have specific meanings of their own and to collapse them into a mush and sling them about as weapons of derision is to make a hash of the English language. But even more, ignoring definitions and carelessly using words is to hinder our ability to speak well and accurately of reality itself. To abuse words is to slowly participate in the denigration of language, and when the damage is done, we will find we no longer have a vocabulary adequate to the task of representing the world.

Take “Marxist” for instance. Karl Marx spent a lifetime developing a philosophy of man and history. He argued that human history is the history of class struggle. He argued that progress in history is achieved through what he called “dialectical materialism.” Marx taught that the revolution of the masses would bring about the withering away of the state and usher in a new age of equality, peace, and plenty. While certain points on Marx’s agenda may find agreement with Obama’s agenda, Obama doesn’t seem to be interested in the withering away of the state. In fact, he seems interested in aggrandizing the state. To assert he’s a Marxist pure and simple is careless or at least requires significantly more argument.

What about socialism? A socialist society is, in simplest terms, one in which the means of production (capital) are publically owned. Those who disparage Obama for being a socialist call themselves “capitalists” and cherish individual liberty. Now the government takeover of certain industries does smack of socialism. But at the same time, government involvement in economics is nothing new. Modern liberalism (as opposed to classical liberalism) may in fact open the door to some forms of socialism, but we do a disservice to the language to suggest they are one and the same.

Often any undesired government involvement is thumped with the socialism club, but government involvement is not socialist merely because we happen to disagree with the particulars. Are highways socialist? Are city water systems? If so, then the question is much more difficult than socialism or no socialism. We must do the hard work of working out the best means of achieving a just system. Prudence is necessary.

The problem we face today is not socialism or Marxism per se but the continual expansion of the nationalized bureaucratic state. It is a kind of democratically elected and popularly sustained system of complex rules, offices, regulations, and bureaus that continually restricts freedom all in the name of security, fairness, and efficiency. Because it is democratic it is all the more insidious, for it operates with the imprimatur of popular consent. This modern democratic Leviathan did not originate with Obama. He has merely taken the reins of a creature that has been continually growing for most of the 20th century and shows no sign of abatement in this first decade of the 21st.

Elitist. The epithet “elitist” has become a popular form of abuse. If I disagree with you and can call you an elitist then, rather than debating the issues, you will have to defend yourself. Of course, no one wants to be tagged an elitist, but that fact only highlights the success of those who misuse the word. The Palins and the Limbaughs love to hurl this word around. It is often conjoined with modifiers such as “east coast” or “university” and it indicates scorn for those who are educated and with whom one happens to disagree. So the populist rhetoric disparages education and extols “the common sense of the people” as if the people have an extra helping of this good thing while education necessarily sucks it away. Curiously, “elitist” is used only against the educated people who with whom one disagrees. Bill Kristol (PhD Harvard), George Will (PhD Princeton), Bill Bennett (PhD University of Texas), Thomas Sowell (PhD University of Chicago) are rarely called elitists by those on the right. Why? They gore certain oxen and leave others alone.

Furthermore, any coherent political system, even populism, requires some form of elites. Are there some people who are more qualified to hold office than others? If so, they are elites. The fact that we have elections is tacit testimony to the belief we all hold despite the rhetoric. The alternative would be selecting leaders by randomly pulling names out of hats, and despite jokes to the contrary, I suspect that few would be willing to put that to the test.

The founders of our country made it clear that they did not want an hereditary aristocracy, yet they also realized that a “natural aristocracy” must emerge, one based on natural ability and virtue. From this pool leaders should be elected. Popular elections of the best require that the populace is a) capable of recognizing the best and b) willing to elect them. Thus, while an elite is necessary, a certain kind of population is required as well. To employ the word “elite” as a universal term of opprobrium is to tacitly suggest that egalitarianism is the actual or desired reality. It undermines the prospects of a meritocracy and effectively denies legitimate merit.

Of course, there are elites who have gained positions of cultural and political power and who have done great harm. But they have not caused harm simply because they are elites. They have caused harm because they are wrong on important issues and exercise influence due to their status. As such, the problem is not elites per se but errant elites. To fail in making that distinction is to fail in representing reality accurately. Words matter. If we do not use them well, all that is left is political power and words become merely clubs.

American Conservatism, and the Socialist Specter Which Haunts It Still