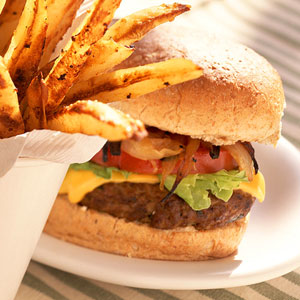 Months behind in reading my regular stack of academic studies, I caught up with the George Mason University paper, “Freedom in the 50 States.” Professors Jason Sorens and William Ruger scrutinized and analyzed the level of regulations and restrictions, along with taxes and cost of living, in all 50 states and did their best to fairly and objectively rank the states according to the level of freedom they provide the average citizen. I live in Northern Indiana, very close to the Illinois border and within driving distance to Chicago. I also grew up in a south suburb of Chicago in Illinois, which was right on the edge of the border in Indiana. Given my lifelong intimacy with both Midwestern states, I was fascinated, but not surprised, to see that the study ranked Illinois 41 on the freedom scale and Indiana number three.

Recently I drove through the entire state of Indiana to Louisville, Kentucky, which sits on the Southern border of Indiana. Driving through Indiana is a delightfully thoughtless activity in which you can not only put the car on cruise control, but your mind as well, freeing yourself to look at the vast farm land and small towns along the highway that give the state its aesthetic and character. When you begin to wander out from underneath Chicago’s shadow, you can deeply inhale the open air, feel the free possibility that is akin to what a claustrophobic just unlocked from the closet feels, and begin to observe and enjoy an efficiency of services impossible in Chicago.

The first sign of efficiency is the Indiana rest stop, which is miraculously clean and functional. In Chicago, nothing is clean or functional. The trains rarely arrive on time, city workers fill the sleep of residents with the night terror of bureaucracy, and the gridlock of traffic grows increasingly helpless and harmful despite annual construction projects aimed at public improvement on the public dime. The poor residents of the Southside continue to watch their neighborhoods blow up with gang wars, gun violence, and drug dependency, but the Chicago government is tackling such major municipal problems as preventing people from smoking within fifteen feet of the doors to a public building.

The cultural eclecticism of Chicago that presents all visitors with a stunning variety of culinary, musical, and recreational opportunity for artistic pleasure, educational delight, or nightlife excitement is undeniably appealing and most charmingly visible around midnight on Tuesday. Just as clearly visible, audible and palpable, however, is what Susan Stewart’s book, On Longing calls the “monumental language of the state.” Stewart explains that the language of the city is “untranslatable,” because its tongue is carved with all its cultural eclecticism. The state cannot possibly speak all the languages of the city at once, and therefore the silence of the state rules, along with the silence of the headquarters, the silence of the bank, and “miming of corporate relations.”

A recent study published in the journal Nature revealed the obvious in its conclusion that life in major cities leads to worsened states of mental health. The anxiety-ridden and stress-stricken lifestyle of heavy traffic, unreliable public transportation, and hyperactive pacing adds a stone to the back of the city dweller each day until the weight transforms into a burden and the burden becomes hard to bear.

The stones strapped to the back of the city dweller, along with the thick tension of the silence of the state, explains why most city conversations fall on the opposite side of friendly. People are tired, overworked, and overstretched in the city where the work never ends. When an individual clocks out of the office, he has to fight traffic to get home, search in circles for a parking space large enough to squeeze into, and then fall asleep with the noisy beat of the street. Such a lifestyle doesn’t make the average person amenable to pleasant conversation with strangers. I once stood outside a restaurant in Chicago while waiting for a friend, and as a social experiment, gave a friendly greeting to every passerby. It did not take me long to feel like a lunatic and pariah, because no one responded kindly.

Chicago with its governmental and institutional inefficiency breeds social inefficiency, which means that on trains people blankly stare ahead with headphones in their ears and on street corners they treat the possibility of uninvited conversation as they would treat an infectious disease. The diversity of the city is rendered meaningless, because each group quarantines itself into a niche, and further demonstrates the veracity of Robert Putnam’s claims that Americans are becoming increasingly isolated.

During the drive to Kentucky, my travel companion and I stopped in several small towns along the way, including Seymour, Indiana – the hometown of John Mellencamp. As I drove around searching for “Larrison’s”, a diner made famous by its inclusion in the Mellencamp music video for “Hurts So Good” and beloved for its delicious burgers, handcut fries, and thick milk shakes, I pulled into a video store parking lot, and walked inside to ask for directions. A pretty blonde woman with a healthy, curvy figure was hugging an old man with a pony tail and sleeveless T-Shirt behind the counter. She told him that she cannot wait to see him again, and after a few seconds of an enviously warm and tight embrace, he stepped outside, freeing her hands to sort through returned DVDs.

I asked the effervescent clerk in a white dress with violets on it about the diner, and she put a hand on her hip, smiled, and pointed me in the right direction. “You need to try the cheeseburger,” she said. “I heard the onion rings are really good. Is that right?” She put a finger on a chin before setting me straight, “Yeah, but the fries are better. They’re hand cut, honey. Get a milk shake too.” “Oh yeah, I’m planning on it,” I assured her. “It’s going to be a big lunch.”

Larrison’s is in the center of town on Chestnut Street, which is the same Chestnut Street Mellencamp immortalizes with his debut album, Chestnut Street Incident. It is connected to the shops, a pharmacy with a coffeshop inside, offices, bars, and apartments in the classic Main Street style that represents a bygone American era of community and architecture when city planners built “places worth caring about,” as James Howard Kuntsler puts it. It is the place worth caring about that Mellencamp never stopped caring about and that he never stopped singing about in songs like “Small Town,” “Cherry Bomb,” “Minutes to Memories,” and “Rain On the Scarecrow.”

The smiling video store clerk was right. The cheeseburger was delicious, the fries were fantastic, and the milk shake was nearly orgasmic. As I savagely gorged on my feast of Americana, I observed, heard, and felt the diner, filled with men in neckties, tanktops, and women in denim shorts and silky skirts, build energy and enthusiasm with each encounter between a visibly intimately acquainted group of staff and diners. Families moved from their tables to greet each other, teenagers waved to each other from across the room, and waitresses asked about their customer’s relatives before taking orders.

Life is not without difficulty and struggle in small towns like Seymour. The “Small Town” of Mellencamp’s early career is at risk of becoming one of the “ghost towns along the highway” that he sang about on the 2007 album, Freedom’s Road. Family farms plowed over by corporate factory farms, manufacturing is nearly non-existent, and the shops and stores owned and operated by natives have are turning into waxed windowed store fronts in many of the towns that populate Midwest states, but Seymour is holding strong to shelter in the middle of a torrential downpour and gale force winds. The debris of people’s lives flies by, trying to take whatever it can with it.

Despite hardship and discouraging news cycles coming from everywhere, there is a comfort and fluidity to the sociological style of interaction among the good people of Indiana. The ease of which people befriend and greet each other is, perhaps partially, a result of the invisibility of governing institutions. People are free to be people without the intrusion and invasion of institutional regulation and without the discoloring shadow of a ubiquitous government.

In Louisville, Kentucky, my girlfriend and I sat the bar of a barbeque restaurant before being seated at our table. We met the head chef of the restaurant who convinced us to try the Oysters they just received from the market, and talked about with a local woman who makes her own jewelry and sells it in her shop. It seems that people are freer, more open, and friendlier when they are left alone to be free, open, and friendly.

My mother is the volunteer coordinator at a small hospice organization in Hammond, Indiana. Every day the staff of Blue Skies Hospice brings comfort, care, and consolation to dying patients and their families. The nurses, doctors, social workers, clergy, and volunteers unify around the purpose of giving peace, love, and strength to people during a terrifying time in their lives. The good people of the Blue Skies organization are not only compassionate, but they are competent. They’ve never had a patient or family complain, yet each year when a governmental representative drives 150 miles from Indianapolis, the entire staff is inflicted with anxiety, fright, and awe over what arbitrary, bureaucratic nonsense will make their lives difficult and obstruct the care they attempt to bring to their patients. Last year, they were cited for “improperly” filing some paperwork in the main office.

The reaction that my mother and her colleagues have to a trespassing government employee is not rare or uncommon. The first reaction nearly anyone has to unexpected communication from a bureaucrat is terror. Much of that terror comes from the anonymity, mystery, and inapproachability of the institutions that they represent. Much of it also comes from the distance and unfamiliarity that the modern bureaucrat keeps from and with his regulatory subjects.

The approachability, accessibility and intimacy of the small town is instructive to anyone considering the question of how government should organize itself, run its agencies, and relate to its constituents. Decentralization is an abstract synonym for humanization. Humanizing government means connecting to people through local bodies of individuals with roots in the communities and ties to the organizations they seek to monitor, supervise, and regulate. Such a model for leadership, rather than authority, would make all states, regardless of their current ranking on the freedom scale, freer, more efficient, and more livable.

The ultimate goal is to humanize the bureaucrat to the extent that an average citizen can imagine him waving to people from across the diner, while sipping on a milk shake recommended by a pretty video store clerk.

David Masciotra is the author Working On a Dream: The Progressive Political Vision of Bruce Springsteen (Continuum Books). He is 26 years old and lives in Indiana. For more information visit www.davidmasciotra.com

In the Pilsen Snow

Eric Miller on The Lost Cause of the Midwest