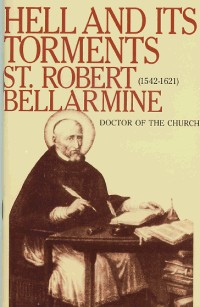 About a month ago I happened upon a copy of The Concord, student newspaper of Bellarmine University. In particular my eye was caught by a letter to the editor whereby undergraduate Wesley Scott addressed a contraversial 4.9% tuition raise. “[M]ost of Bellarmine’s high-level administrators make too much money for a school that must raise tuition to cover the ever-increasing cost of growth,” contended Scott, and went on to question whether said growth is even a good idea: “[S]tudents do not come to Bellarmine because they want to come to a big, research university – if they wanted that, they would have gone to U[niversity] of L[ouisville] or U[niversity of] K[entucky]. Students flock to Bellarmine because of the small class sizes, the small and personable campus, and the values that Bellarmine espouses.”

Scott then contrasted the Bellarmine image with the reality:

In promotional materials, Bellarmine proudly calls itself a Catholic school, rooted in faith and mission; however, life on campus paints a very different picture. Bellarmine seems to apologize for its Catholic identity at every turn. It is not uncommon to hear campus ambassadors reassuring students that they never have to attend Mass if they don’t want to. Additionally, while on tours, ambassadors will take students to the Chapel in order to display the sports field, while barely addressing the Chapel or showing reverence to the Catholic traditions.

I have little to add to Mr. Scott’s assessment, except that it probably errs on the side of diplomacy vis-a-vis Bellarmine’s relationship to its patron saint’s legacy. While I don’t know exactly how the author of Hell And Its Torments might view a Catholic liberal arts school that celebrates LGBQT Awareness Month, hosts Kinsey-rific conferences like “Swinging In America,”and doesn’t offer Latin, it’s difficult to imagine him regarding the place with unalloyed enthusiasm.

What I’d highlight instead is the fact that the atmosphere Mr. Scott describes pervades not only Bellarmine, but the American Church in general, along with its educational system. Most archidiocesean school alumni I know have never betrayed the slightest qualms about their hero Obama’s position regarding partial birth abortion or the HHS mandate, and many explicitly scorn the idea that faith & morals is anything other than a matter of personal taste. If elite institutions here in Louisville or elsewhere exhibit much interest in resisting America’s anti-Catholic mainstream I’ve yet to hear of it; at this point a man both honest and informed will not talk of cultivating Catholic identity but rather of salvaging what’s left of it.

The widespread rejection of Catholic virtues and morality has been accompanied by a radical decline in respect for classical language and studies in society at large – and as political philosopher Patrick Deneen implies, this is no coincidence. Per Deneen the tradition of truly humane learning, Catholic or otherwise, has been eviscerated through an unspoken, decades-long collaborative effort between militant leftists and mercenarial careerists:

Both [factions] ultimately came to share the belief that the object of the university was human liberation from old restraints – whether material (to be solved through science and modern economics) or moral (to be overthrown by Left campus radicals). Today’s university faculties are largely populated by denizens of the liberationist Left in the form of the faculty, while the administration remains dominated by technocratic professionals […]

An unholy alliance exists in which both sides pursue their agendas separately but utterly compatibly, both in profound agreement that what is most fundamentally undesired is a return to liberal education. For both, a liberal education represents a restriction on the aims of the modern university. Both seek liberation, but on terms that would be unrecognizable to the original definition of “liberal” in the term ‘liberal education.’ […]

Deneen’s description of “liberal arts schools” applies doubly to “Catholic liberal arts schools”. Any effort to restore Catholic tradition would “be objectionable across the board in today’s society – by faculty, administrators, students and even parents,” since “it would neglect the education in success.” In effect this “education in success” is a pipeline to supply transnational corporations and government bureaucracies with rootless, unattached cosmopolitan drones – the much-vaunted global citizens of tomorrow – who are conditioned for “living anywhere and doing nearly anything demanded by the competitive marketplace.” Today’s multiculturally-trained student possesses a superficial and touristic acquaintance with many different cultures, peoples, and religions, but is neither intimately connected with – nor seriously committed to – any of them. But then that’s the point. In the Brave New World, lack of commitment to a particular culture, people, and religion is both good career sense and a mark of moral enlightenment.

Here it seems to me appropriate to bring up a scathing Evelyn Waugh satire entitled “Scott-King’s Modern Europe” wherein the protagonist – a curmudgeonly classics instructor named Scott-King – is called in for a meeting with his school’s headmaster. The headmaster vainly tries to convince Scott-King to get with the times:

“You know,” [the headmaster] said, “we are starting this year with fifteen fewer classical specialists than we had last term?”

“I thought that would be about the number.”

“As you know I’m an old Greats man myself. I deplore it as much as you do. But what are we to do? Parents are not interested in producing the ‘complete man’ any more. They want to qualify their boys for jobs in the modern world. You can hardly blame them, can you?”

“I always say you are a much more important man here than I am. One couldn’t conceive of Granchester without Scott-King. But has it ever occurred to you that a time may come when there will be no more classical boys at all?”

“What I was going to suggest was – I wonder if you will consider taking some other subject as well as the classics? History, for example, preferably economic history?”

“But, you know, there may be something of a crisis ahead.”

“Then what do you intend to do?”

“If you approve, headmaster, I will stay as I am here as long as any boy wants to read the classics. I think it would be very wicked indeed to do anything to fit a boy for the modern world.”

“There, headmaster, with all respect, I differ from you profoundly. I think it the most long-sighted view it is possible to take.”

To be fair, some naïve parents have simply been misinformed and misled by deceptive marketing and untrustworthy authority figures. But really, how big a role can concern for spiritual formation play in motivating so many of them to favor prestigious archdiocesean prep schools over NAPCIS schools? How many of those preferring Georgetown over Christendom College – or for that matter, over a good honest trade – do so because “the complete man” is their top priority? In many instances the same ambition-ridden fathers and mothers who’d never dream of forgiving a low US News & World Report ranking look the other way when spectacular scandals occur at hot-shot institutions.

Preparing youths to face the modern world is one thing; preparing them to be assimilated by it is quite another. Elders playing dumb about what goes on at the dorms, during spring break, and in the classroom should familiarize themselves with the Angelic Doctor, who has observed that affected ignorance will provide no excuse come Judgment Day.

Catholic Universities, Protestant Ministries, and the Purpose of Education

Freedom Is Not The Good