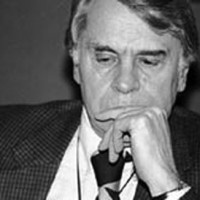 [Cross-posted to In Media Res]

This past weekend, at the annual Front Porch Republic gathering (this year held at SUNY-Geneseo), three scholars reflected upon the writings of the historian and provocateur Christopher Lasch (most of whose career was spent in Rochester, just a short drive from Geneseo), an oft discontented prophet of a more local, more equal, and more humble America whom we FPR bloggers have invoked regularly throughout our whole history. As I listened to these folks lay out their thoughts, and particularly when it came to the Q&A at the end of the panel, it occurred to me: Lasch’s fondness of binaries was at work in all of their presentations and answers, and appropriately so, because such dividedness is perhaps the unavoidable lot of every possible form of modern localism.

That’s might seem to be a tragedy, since the retreat from liberal anomie and alienation is conceived by many as a path towards a kind of political wholeness and social integrity, not a stressful balancing act. And perhaps it is. But perhaps it’s a blessing as well, a reminder that, in our divided feelings and perceptions, we’re rubbing up against limits in both the human self and the communities we create which are meaningful and real.

In the presentation given by Eric Miller–whose recent biography and exploration of the writings of Lasch is must-reading–the unstated binary in question, it seemed to me, was Lasch’s revolt against the overly confident, secular and liberal progressivism of the mid-20th-century America’s “new class” of professionals, writers, and intellectuals…alongside the fact that, well, that was the class which Lasch was a part of, the class which enabled him (a kid from Omaha) to have access to the cosmopolitan “republic of letters” and the life of the mind. In other words, Lasch’s criticism of the flattening corporate, governmental, and therapeutic gigantism America’s postwar liberal institutions–their lack of democracy, their condescending compassion, their absence of respect for working class and religious ways of life–constituted a populist defense of the local, and yet that very revolt was, for Lasch, justified in light of a more transcendent tribunal: the judgment of civilization, the good life, and (though Lasch himself fought against admitting this) a kind of Christian decency. Lasch knew that the best case for higher things had to made through an embrace of the particular–though the particular, in itself, could only provide the tiniest evidence of the larger and better sensibilities which give it credence. This is the intellectual localist dilemma in a nutshell: the best understanding of why one’s own place and practices ought to be loved and defended involves arguments which partake of something which transcends the local entirely.

Robert Westbrook, a colleague of Lasch’s, reflected on a much more stark binary: how the localist, in bringing into her affections for a place and its practices a sense of ends, makes the quotidian everyday-ness of our lives that much more valuable…and yet there could be no greater expression of narcissism than to fail to accept that our own daily-ness will be superseded by that of others, soon enough. The occasion for this was Lasch’s own early death from cancer, and how he furiously railed (though he later apologized) against those doctors that attempted to turn him, in his words, into a “professional patient.” Westbrook made reference to Martin Heidegger, a philosopher whom Lasch very likely never read, and his understanding that it is the ultimate limit upon our sense of being–that is, our deaths–which makes possible an authentic sense of care. Lasch’s writings and example point localists towards that which has inspired so many poets: the brute fact that our ability to most fully be rooted in and contribute to a community is inextricably tied up with the fact that, it too, is a passing thing.

Finally Elizabeth Lasch-Quinn, Lasch’s daughter and one of his most skilled literary executors, brought the matter of binaries forward explicitly, choosing to focus on her father’s distinction between “nostalgia” and “memory,” and making a moderate defense of the former, which Lasch had criticized. Her argument that the former can trigger and contribute to the latter found a real-world example in the discussion period afterward, when one student shared the story of a tragic death in his hometown, a death which had led to acts of memorialization which, as time went by, had come to be experienced by the deceased’s family members as a painful act of “mere” nostalgia. The discussion, then, turned to matters of risk. Since nostalgia is a feeling we have for something we’ve loved and lost, any recovery of such things is bound to involve regret and pain, something that will be, inevitably, unevenly experienced across a community. Yet is the alternative to privatize pain entirely? That robs us of one of the primary reasons why localism presents itself as an answer to individualism in the first place. Localism, by making possible the sort of practices which enable real and meaningful connections to emerge between people, also makes possible a critical engagement with memory, thus hopefully preventing it from either turning into a mostly meaningless mass and routine genuflection, or being forgotten entirely.

The common thread through all of these presentations, I think? The fact that pursuing the option of sustaining local places and traditions, instead of embracing the easy institutions and ideologies of individual growth and change, means constant negotiation. What will have to be negotiated? The balance between particular instances of plebeian defensiveness and transcendent republican principles, between tightly grasping one’s circumstances and letting them go, between moments of memorialization and moments of individual resistance. A lack of resistance against the community and its norms and its ineluctable workings-out would mean we’d become inhuman. But too much resistance robs us of the larger point of what, to quote Michael Sandel, “we can know together.” 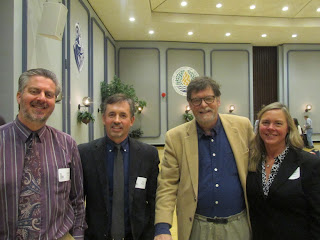 Lasch whole life was, perhaps, an example of someone who saw the particular and the general equally well, and threw himself into a struggle with them both. May his ideas aid us in our own struggles as well.