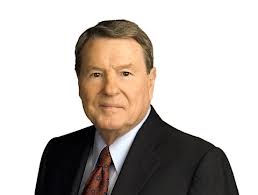 As the first of the presidential debates approaches, it is helpful (though not necessarily heartening) to turn to Christopher Lasch, whose understanding of American democracy was profound. The following paragraphs are taken from his book The Revolt of the Elites.

By current standards, Lincoln and Douglas broke every rule of political discourse. They subjected their audiences (which were as large as fifteen thousand on one occasion) to a painstaking analysis of complex issues. They spoke with considerably more candor, in a pungent, colloquial, sometimes racy style, than politicians think prudent today. They took clear positions from which it was difficult to retreat. They conducted themselves as if political leadership carried with it an obligation to clarify issues instead of merely getting elected.

The contrast between the justly famous debates and present-day presidential debates, in which the media define the issues and draw up the ground rules, is unmistakable and highly unflattering to ourselves. Journalistic interrogation of political candidates—which is what debate has come to—tends to magnify the importance of journalists and to diminish that of the candidates. Journalists ask questions—prosaic, predictable questions for the most part—and press candidates for prompt, specific answers, reserving the right to interrupt and to cut the candidates short whenever they appear to stray from the prescribed topic. To prepare for this ordeal, candidates rely on their advisers to stuff them full of facts and figures, quotable slogans, and anything else that will convey the impression of wide-ranging, unflappable competence. Faced not only with a battery of journalists ready to pounce on the slightest misstep but with the cold, relentless scrutiny of the camera, politicians know that everything depends on the management of visual impressions. They must radiate confidence and decisiveness and never appear to be at a loss for words. The nature of the occasion requires them to exaggerate the reach and effectiveness of public policy, to give the impression that the right programs and the right leadership can meet every challenge.

The format requires all candidates to look the same: confident, untroubled, and therefore unreal. But it also imposes on them the obligation to explain what makes them different from the others. Once the question has been asked, it answers itself. Indeed, the question is inherently belittling and degrading, a good example of TV’s effect of lowering the object of estimation, of looking through every disguise, deflating every pretension. Bluntly stated with the necessary undertone of all-pervasive skepticism that is inescapably part of the language of TV, the question turns out to be highly rhetorical. What makes you so special? Nothing.

This is the quintessential question raised by TV, because it is in the medium’s nature to teach us, with relentless insistence, that no one is special, contrary claims notwithstanding. At this point in our history the best qualification for high office may well be a refusal to cooperate with the media’s program of self-aggrandizement. A candidate with the courage to abstain from the “debates” organized by the media would automatically distinguish himself from the others and command a good deal of public respect. Candidates should insist on directly debating each other instead of responding to questions put to them by commentators and pundits. Their passivity and subservience lower them in the eyes of the voters. They need to recover their self-respect by challenging the media’s status as arbiters of public discussion. A refusal to play by the media’s rules would make people aware of the vast, illegitimate influence the mass media have come to exercise in American politics. It would also provide the one index of character that voters could recognize and applaud.

We have a situation today where presidential candidates must of necessity pretend that they are omniscient and omni-competent. Imagine a candidate having the honesty to say, “Hmm. Good question. I’m not sure I have an adequate answer.” We also have created a situation in which we seem to expect the presidential candidate to have a policy proposal for virtually any problem. Imagine a candidate saying, “That’s not a problem for the President to solve. That’s a problem that is best addressed by local communities. After all, the federal government, much less the presidency, is not tasked with solving every problem. And if it tried to do so, it would likely create more problems that it solved.” Both replies are losing strategies in an age where the president is looked to as the provider of all. This optimism always proves ill-founded, yet every election cycle the hope is rekindled. The rhetoric is dusted off, and the promises are made–promises that simply cannot be kept.

Consider also the role of the media in the “debates.” Lasch is right. The star is the media personality running the show. Wouldn’t it be refreshing if the candidates agreed on nothing other than refusing to debate under the guidance of a media star? A real debate would be a refreshing change. Candidates, having more time to develop ideas and arguments, might be forced to stray from their programed talking points. They might be forced to actually say something. A reluctance to say anything of substance–anything that cannot be reduced to a 30 second sound bite– may be why the candidates don’t mind the current system. Nevertheless, why don’t we demand better? Our teetering republic could use a real debate.

Read Not the Times. Read the Eternities: A Review of Reading...