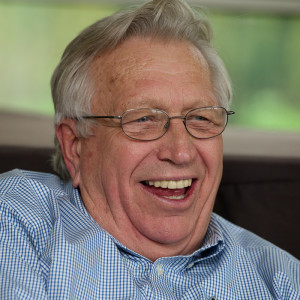 Yesterday, I had the opportunity to speak to the “Resilience Group,” an informal gathering of environmentalists, activists, and interested others that meet regularly at the home of Wes Jackson, in Salina, KS. My short remarks–which were mostly inspired by the material in this post–gave rise to a robust and enlightening discussion, or so I thought. Here are a few take-aways, for whatever they’re worth.

1) The growth-centric paradigm which dominates so much economic activity around the world isn’t really the result of politically powerful actors; it’s the consequence of a worldview. Thus fulminating against the defenders of–in some ways undeniably beneficial, but also socially and culturally harmful, not to mention ecologically unsustainable–globalism, whether their motivations are libertarian like the Koch brothers (whose influence is omnipresent in Kansas) or statist like the Davos bunch (whose influence around here doesn’t really exist beyond the paranoid fears of a few black-helicopter-watching Tea Party types in our legislature), is to mistake symptoms for the disease. That’s not to say particular actions by particular actors shouldn’t be organized against; they should be. But we need to recognize that, as important as, say, an overturning of Citizens United might be to getting the message for local and economic democracy out there, simply accomplishing that, without a paradigm-changing language to explain why it’s important to do so, probably won’t change much.

2) The language that defenders of steady-state economies and local democracy need probably won’t be political in nature, and probably won’t emerge from the major cities or the state-based political entities of the world, despite those locations and polities being the site of so many productive nodes of intellectual input. Again, that is not to eschew politics, nor is it to claim that environmental and sustainable policies which emerge from Michael Bloomberg’s New York City or Jerry Brown’s California are automatically to be discounted. On the contrary–having effectual, real-world political power and financial resources behind efforts to help make the lives humans live around the globe more place-centric than growth-centric is something much to be desired! But we shouldn’t quickly embrace them either, because a) such top-down efforts at reform are likely to generate extreme political backlashes, and b) even if they can take root in the political culture, they often won’t be workable in the majority of living environments built by close to a century of what Charles Mahron calls “the Suburban Experiment.”

3) The living environments where a paradigm-challenging language is most likely to emerge are those where “fugitive” uprisings of collective economic responsibility and democratic practice are already underway–and that usually means in cities large enough to contain enough people and resources to challenge the preferences of less-populist political bodies, but not so large that the ability to organize people and access those resources is crowded out. There was widespread agreement (or at least so it appeared to me) among those in attendance at Wes’s house that usually–not always, but usually–the strongest opposition to piecemeal reforms in the direction of local empowerment and sustainable practices come from state and county governments, and those oligarchic political actors (many of whose livelihoods depend upon the cities they live in or near, but who often take on the role of property-rights defending exurban gentry nonetheless) who tend to dominate such bodies. The metropolitan areas whose size overwhelms the grid system of counties that we have (thanks in part to the lasting influence of Thomas Jefferson’s Rectangular Survey System, which really might have enabled genuine democratic self-governance by yeoman farmers, if the Industrial Revolution hadn’t changed everything) obviously deal with a different set of issues and obstacles–but the local practices which emerge from those neighborhoods, valuable as they are (Jane Jacobs taught us that!), are less likely to be one’s which can make use of the sort of land resources which can most directly address our looming environmental concerns, most particularly concerning food. This is not to say that the leaders of mid-sized cities are all going to be amenable to making use of their available land to explore local agriculture and more sustainable food systems. Obviously, the growth-centric mindset is a firmly entrenched one, and many city council representatives will plainly see their first task as being able to use tax incentives to lure the latest Red Baron pizza chain to their district. And cities of any size, from the smallest village to the greatest mega-city, can and do regularly fall under the sway of economic oligarchs, whose rule can stifle these practices. But nonetheless, the ability to organize and act upon more direct (and, thus, usually more democratic and less carbon-dependent) ways of getting food to our tables is, we think, likely to be more common in urban environments where there is both a diversity of people and skills, as well as some genuinely, immediately available space.

4) The task of those concerned about the resilience of local democracy, responsible communities, and our whole natural environment needs to be making it easier for these fugitive instances to last as long as they can–because as they become accepted, a language which describes them (their priorities, their appeal, their rewards) will also become more accepted, and that is the paradigm-challenging language we need. Does this language–a terminology that describes and makes appealing the sustainable, the local, the steady-state, the participatory–already exist, and we just need to listen to the churches, the student groups, the neighborhood associations where it is being used and adapt to it? Or do we need to come up with a jargon ourselves and use intentional use of it, so as to instantiate and make public that which is already taking place all around us? Probably both are true, to a certain extent. However we account for the problem, though, the response is clear. The all-consuming ideological constructs which colonize so many of our governing bodies, even the most local ones, and which are reified by the global flows of information and capital all around us, distract us from what one participant yesterday wisely called “conversations of agency”: namely, arguments over what is happening in the places where we actually live, where we, as actual neighbors and producers, can–or at least ought to, if we can tear ourselves away from jobs or noise which makes it feel obligatory to watch the stock market or argue on Facebook or file government reports or follow Fox News or MSNBC all day–effect real, practical change. It is those conversations, and the practices they describe, which can keep ecological responsibility alive; in the long term, perhaps nothing else will.