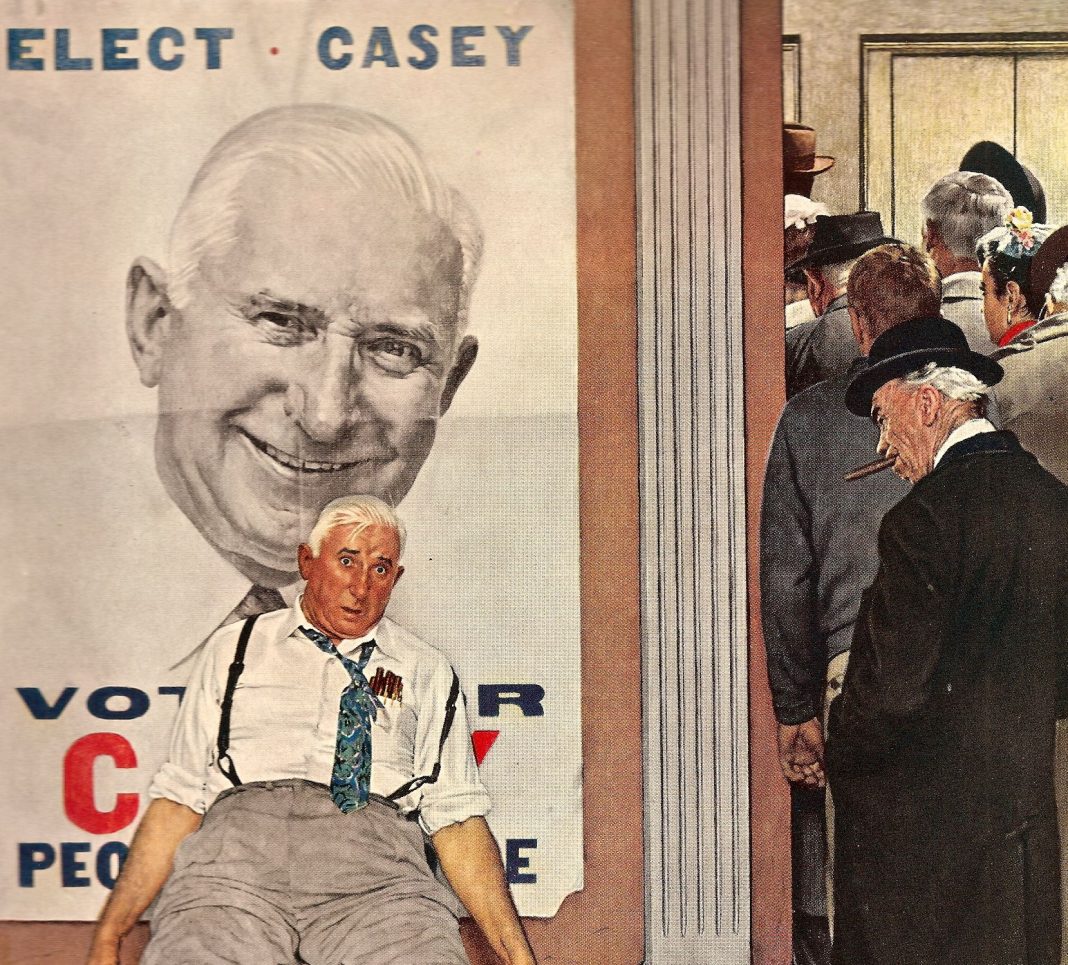 Yes, I know the election was a month ago. What can I say; I needed time to recover from getting everything entirely wrong, didn’t I?

1) Except, maybe I didn’t quite get everything entirely wrong. I mean, all my predictions were wrong insofar as the national contest was concerned, but here is in Kansas it was a different matter. Governor Brownback’s financially blinkered conservative Republican majority in the legislature continued the shrinkage which worried Kansas Republicans began to deliver in the August primaries, with over a dozen new Democratic faces elected, and leaving him overall with perhaps 30 fewer reliable votes in Topeka–not enough to overcome any vetoes he may issue, but enough to cause him serious (and much deserved) headaches. Solidly partisan states like Kansas go through periodic corrections in their dominant parties slowly, so I didn’t really expect for much more than than what we saw, but that didn’t stop me from being pleased. Certainly, for myself at least, it was a bright spot in an otherwise perplexing night.

2) Bright not simply because, as much as I’m willing to grant validity to the populist concerns that Trump and his followers crudely and clumsily piggy-backed upon, Trump himself–a self-aggrandizing tycoon and political neophyte with a history of narcissistic, undisciplined, self-serving, and sexist behavior– is an appalling person to be installed in the White House. No, bright also because it provides a small bit of counter-evidence to the depressing reality that many political scientists and journalists coming to document: that local and state politics are driven by national concerns and trends, and not just in terms of the partisan incentives which guide so many seeking office, but also in the awareness of voters themselves. As Craig Ferhman observed “state races correlate largely with presidential politics–whether the voter approves of the president and whether the legislator belongs to the president’s party.” So the fact that in a state where registered Republicans outnumber registered Democrats two-to-one, in an election where Trump won beat Clinton by over 20 percentage, we could still see the largest swing against the supporters of an incumbent Republican governor in 25 years, suggests that there still can be circumstances where local and state politics are not entirely dependent upon what party leaders and media bigwigs cook up in Washington D.C.

3) All of which, unfortunately, doesn’t change the fact that a clown car is going to arrive in the nation’s capital on Friday, January 20, 2017. We’ve seen indications of what we can expect already–some smart promised appointments, some predictable ones, and others that range from goofy to sleazy to frightening. Tweeting falsehoods late at night, foreign leaders buttering-up to the president-elect’s real estate holdings, and trumpeting state-provided tax-breaks as part of his plan to defend the working class (a prospect frustrating to both the left and the right): this is what the election of 2016 has brought us. One of my fellow Front Porch Republic scribes see Trump’s victory as signaling, to at least some limited degree, the triumph of “Buchananism,” which strikes me as a pleasing prospect only if one is confident that plenty of troops exist to support one’s side in the culture war Buchanan so defiantly diagnosed decades ago; furthermore, the notion that Trump’s election expresses the Buchananesque, populist, working-class, rural and isolationist sentiment that “our country is a real thing, not just an administrative unit and place holder until the global superstate can unite us all in perpetual peace and harmony” seems to me at least a little like the weird expression of top-down nationalist, patriotic, communitarian optimism that I remember many of us (myself included) being swept up in after 9/11, as President George W. Bush took us on a well-intentioned but atrociously planned and essentially unjustified pious crusade down a Middle Eastern rabbit hole. Under Trump, maybe it’ll be East Asia? He’s got a head start…

4) The arguments over the flawed political science and predictions (my own most definitely included) which left so many flustered that night and somewhat hysterical in the month since are far from resolved, and academic arguments being what they are, probably won’t be for years to come. Obviously race and gender played a role in Trump’s election, but what role and to what extent remains a source of dispute. Given Trump’s harsh words for undocumented (and, it can’t be denied, invariably non-white or non-Christian) residents of the United States, and given Trump’s history of words and actions that often appeared to be anything but respectful of women as sexual equals, the assumption that this election would see a massive doubling-down of the coalition (African-Americans, Hispanics, single women, college-educated urban cosmopolitans, etc.) that had a lot of us, eight years ago, thinking about the emergence of a new “liberal America.” Well, that didn’t happen (though to what degree it didn’t happen remains a matter of much dispute). The Obama coalition, for better or worse, didn’t show up for his anointed successor, now matter how strongly he pushed for her. Misogyny? Voter restrictions? A case for the explanatory power of both exists, and I don’t dismiss them; I want to remain conscious of my own blindness when it comes to evidence for certain explanations that I don’t at first see.

5) Beyond the arguments over voter suppression and Clinton’s lack of appeal as a candidate to a great many voters, though, there remains, I think, a key transformation in America’s political culture that the Democratic party, nationally at least, has still failed to connect with, and which Trump only accidentally benefited from this time around. Until there is a party platform that can really give it life on the national stage, we can’t know how pervasive the support for it may be, though the Sanders campaign obviously at least touched upon it. Two years ago, I mused that “There is a different mix of the progressive-libertarian and the populist-egalitarian out there, a different mix of what seems to be done best locally and what needs to happen universally.” Keep in mind that, at the very least, overlapping majorities of voters in various states (though not overall) chose embraced the Republican Trump for president, and embraced what most of us would presume to be decidedly non-Republican policy changes by referendum: effective minimum wage increases in five states, and marijuana decriminalization or legalization in eight more. Many people are frustrated by systems–global and governmental–that continue to empower the few and exploit the many; maybe not a majority of the people, at least not everywhere or all the time, but a solid and electorally significant number of people who want change nonetheless. So until such a time that these views can be articulated broadly–and that time may never come; maybe technology and economic stratification have just changed the structures of our political culture too much for parties to perform that work any longer–we just have to put together localist defenses of those programs and opportunities which can allow for those kinds of creative, cooperative changes as best we can. As I concluded my post a month ago: “The localist alternative to federal decline will exist whomever wins tomorrow.” Now that we know the winner, our angle of approach, as people concerned with building neighborhoods and communities of real mutual support, should change as needed–but not our direction. My old friend Matt Stannard put it well: