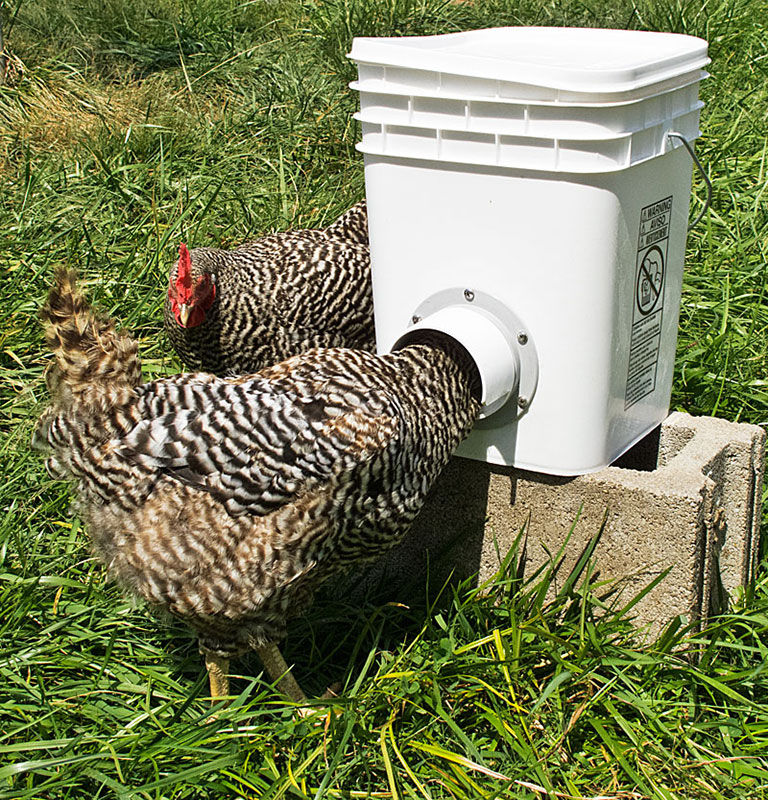 I was certain it would be as occluded, murky, and impenetrable as academic prose, but according to the all-prurient unidirectional camera—the one famous for going against traffic on a one-way street—my colon is as clear as the blue eyes on a fair-haired girl.

That’s a relief after all the prep work. I’d rather prep bonehead English seven days a week than drink one more drop of Liquid Bummer. That stuff could gag a maggot, and I don’t mean your ordinary maggot. I mean a maggot with taste buds scorched twice over like a Cu Chi rice paddy.

But here I am: recovered from three failed I.V. stabs—IVth time’s a charm—purged, fully defecated, and (as it were) shriven. Imagine a vehicle as abused as mine and yet no polyps in the exhaust system! It’s like absolution. It’s like a Pope-Leo-the-10th indulgence.

And now, in my own back yard, I am quite the ladies’ man. Nine chickens see me and commence to running my way. I am the ecstatic patron of recurrent food scraps. Old Rawhide, my favorite, arrives first, followed by New Rawhide, Black Betty, Vera Sue (who came pre-named), and Helen Unready. Helen is the reddest of my layers, which is why I was prepared to dub her “Helen Reddy.” But then habituation revealed to me that she is always the last one to go in at night to roost, whereupon she became Helen Unready. But she’s also the prettiest of my hens. Her beak could launch a thousand ships and burn the topless towers of D-A A.

“None but thou shalt be my paramour,” I tell her, “unless you quit laying. Then you might as well be Anne Boleyn!”

“Bawk-bawk be-gehk!” she cries, and I know just where she’s coming from. Giving me each day my daily egg can’t be any more pleasant than being a man and having to eliminate a jacuzzi’s worth of warm water out the wrong gate valve. But can a man feel sorry for a chicken? The windows to a chicken’s soul—one facing right while the other faces left!—don’t exactly make you think she takes note of any inconvenience, much less suffers anything like the remorse of conscience—the “againbite of inwit,” as a medieval text called it. I think Helen drops her bomb with no more thought than the Enola Gay did.

“Try draining out your yonder socket like some insensate bovine grazer,” I say to her. “Try returning, in one night, a month’s worth of life-giving ammonia to the loamy glebe and the seed-bearing grass.”

“Bawk-bawk beh-gehk!” she says again, as if she knows where I’m coming from.

She and the others came to me from Garry, aforementioned, who had to unload his egg-producing operation sooner than I had time to finish my chicken run, an account of which was, as I said, promised “in our very next installment.”

The coming of the chickens happened in this manner:

Garry’s excellent C.O., Linda, put on her grubbies, stormed their small-ish run surrounding an elevated hen house—an excellent design until you have to crawl under the house to retrieve a chicken—and went after the hens with both feminine sympathy and masculine authority, thus sparing me the unpleasantness of soiling the clothing I’d have to wear for a seven-hour drive, all of it to be spent in the standard cab of a rusted-out ’03 Chevy Silverado. Chicken shit ain’t exactly rosewater, as I reckon most readers know, and I had no interest in stewing in its juices all the way down I-80. Risking the corridor in Gary, Indiana, that ever-uncleansed colon of North America, is bad enough without the bonus feature of pollo grease pressed into the knees of your Levi’s.

Soon we had four birds in one chicken carrier and five in another. We loaded them into the bed of the truck, side-by-side, and then shoved in the remaining feed and the feeders. The short-box Chevy proved sufficient to the cargo, so I stood for a photograph, then closed the tailgate and the topper, accepted another coffee for the eastward drive, and headed out, hoping that when I arrived in the dark, ca. midnight, I’d find that my younger boy had, as instructed, turned the light on in the hen house way out back to the north of the farthest outbuilding.

At the Michigan border I gassed up and opened the back of the truck to see how my first-class travelers were doing. They were, if not sound asleep, soundless. “Good,” I thought. “They’re fine.”

Or else dead. I’d forgotten to crack the windows on the topper to help cycle out any exhaust fumes that might have sneaked in through the rust holes in the bed.

At home I discovered a fully-illumined hen house, its floor just as I left it: strewn with straw and pine shavings. I put one chicken carrier in, then the other, then closed the door. We were cozy, the ten of us, in that eight-by-eight-by eight domicile, which for the very last time would be clean enough for human habitation. I opened the carriers and watched the hens venture out timidly. When the last had been persuaded to sally forth, I slid one carrier out the door, then the other, then my own weary self, which closed the door on loud percussive sounds—the sounds of beaks pecking against an alien wood floor—now emanating from the inside.

I had made a vertically-sliding door for the opening to the run, mainly to keep out predators in the event that I’d discovered a cunning Reynard trying to burrow his conniving sonofabitching way into the run. This I’d shut before I’d gone off to fetch the birds. For tonight they’d be confined to the hen house itself so that they could get it through their blade-shaped heads that this was to be their new dwelling.

By noon the next day, when they’d had a good twelve hours in the house, I opened the door to the run, which, again timidly, they entered and then explored. I couldn’t tell if they had used either of the roosts in the coop, both cut from the wild cherry nearby that would soon leaf out and lend a comfortable penumbra. But for the heck of it I opened the door to the laying boxes—they’re accessible from the outside at the back of the coop—and found a solitary egg awaiting me.

Within a day the chickens seemed acclimated enough: they were back to producing between five and seven eggs per diurnal sojourn. A few days later I let them out to forage freely and crap copiously all over Dumb-Ass Acres.

What they rejoice to do the most, I’ve learned, is scratch where I’ve put down mulch—so that I have to rake the mulch back where it belongs. They like to do that plus dig up ornamental plants. And I see that the leaf mulch around my garlic in the garden isn’t as thick as it used to be.

As for the dog, he took an early interest in the hens. On their first day in the yard, under my severe and watchful gaze, he scooted after them, all of whom happened to be pecking in the same area. He startled them, and they all started flapping their wings madly, which scared the bejesus out of the dog. He went yelping back to a place of refuge behind me. He’s more of a chicken than the chickens.

Twice more he made a move toward a solitary chicken; twice he got a good taste of the boot on my right foot. Since then he has noticed but cared not a whit for chickens. I have sometimes likened my dog to the quarterback of the high school football team: athletic, good-looking, and dumber than a fence post. But I have to hand it to him: he’s learned at least one new play for the playbook.

Otherwise, it’s the normal routine around here, the normal ongoing cycle of life and death:

As I extract from the deathtrap the season’s eleventh groundhog, a fifteen-pound former breeder of sinners, my younger boy interrupts the private reverie that my solemn public office belies.

“Hey, dad,” he says. He says this more in the indicative than in the interrogative mood. That’s his way; it’s one of his peculiarities. The question’s still to come.

“Do these groundhogs feel anything when they get caught in these traps?”

So strong and so efficient are the springs on these things that the trap blew an eyeball right out of one unlucky groundhog’s head. The spooky accusing orb hung loosely by a blue-ish red strand of fleshy optic nerve. I thought I was in an Edgar Allan Poe story. When I fed the blubbery carcass to the turkey buzzards I even said, just as I was heaving it over the fence and into the neighbor’s high grass, “see how rational I am!”

(Here’s how rational: I figure if I’m the one culling the fat-bastard population in the neighborhood, the newcomers downwind of me can contribute to the campaign by offering hospitality to the putrefaction. Plus I don’t want my dog rolling in these abortions of the natural order. There’s already too much deer turd around here for him to push his fair muzzle into.)

The boy seems concerned, and I feel some tenderness toward him, so I put my hand gently on his shoulder and say, “not nearly enough.”

And there are other woes to counterbalance the success of moving a chicken operation over four-hundred miles from its point of origin. For starters, I’m hemorrhaging money. I’m so far in debt that just the other day someone mistook me for my country. My Chief Eye-Rolling Officer, the Morningstar of the County, convinced me that, in keeping with the summer’s colo-rectal theme, we had to get rid of some things to reverse the normal flow of cash. And that would begin with the sale of my beloved beautiful ugly brown ’83 Dodge Ram, a.k.a. The Babe Magnet.

But that tale of lamentation and woe is a matter for the next dispatch.