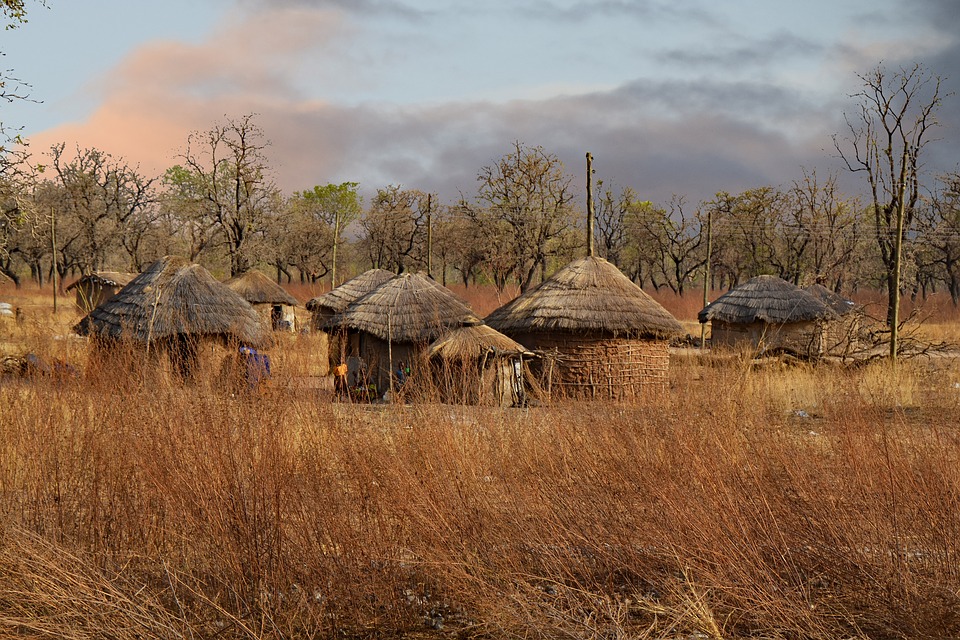 Jordan Wales has recently gifted the conservative movement a sober and justly-timed critique of Richard Spencer and the alt-right. Unfortunately, much of the analysis of Spencer and the movement Spencer has midwifed has come from the most radical and violent, street-fighting elements of the political left. Rather than diffusing the racial angst that had been stewing during the Obama years and has now erupted in the Trump Era, the left’s efforts have if anything, only strengthened the resolve of the alt-right.

It falls thus to conservatives, as Professor Wales judiciously notes, to provide a fuller account of what it means to be part of Western Civilization and what it means to be an American. However, Jordan Wales is, in his fine essay, right in his goals but at least partially wrong in his method.

Dr. Wales is entirely correct to say that what the Western tradition is and always has been a spiritual and intellectual reality. In fact, before it was called “the West,” European civilization was called Christendom, for what united the people of Norway with those of Sicily was a shared baptism and mutual membership in the ecclesia militans. Thus, there is something banal and trite in reducing membership in the West to the often flawed and always silly results of a 23andMe DNA test.

Secondly, as Wales also implies, there is nothing more stupid and boring than talking about race. It is this narrow-minded and dessicated materialism (along with admittedly alarming descriptions of migrant crime) that undergirds the alt-right and populates its social media feeds. Despite their spooky and spiritually dangerous dabbling in occultism, the alt-right is largely blind to the personal and supernatural reality of human life, which is, much more than our skeletal structure or ability to process lactose(!), the Welt or world in which we live.

The deeply-flawed sage of the Black Forest, Martin Heidegger, called this materialistic worldview “Gestell” or “enframing.” As Heidegger pointed out, this materialistic worldview, present in Western capitalism, Soviet communism, and German National Socialism, crippled and stupefied modern man, turning him into a soulless cog in a machine or even an animal. The alt-right, vulgar descendant of Nazism as it is, is thus even more spiritually blind than the capitalist consumers and the Marxist social justice warriors that they ridicule and troll online.

However, despite the stupid and dangerous claims of the alt-right, tribal and ethnic identity has been part and parcel to Western identity since the earliest European artifacts.

Thus, within his timely critique, Professor Wales errs in not seeing that the reality of Western civilization has always been rooted in European soil and, to a certain extent, European blood. Wales’s use of Socrates is judicious, but, at the same time, ironic. Ethnic identity meant a great deal to Socrates and his fellow Athenians. As a matter of fact, ethnos meant a great deal to all Greeks throughout their history. Whether we look in Greek history from the Mycenaean texts of Homer and Hesiod to the Hellenistic Period and even the Greek Fathers and the Byzantines, “race” was very much a part of how Greeks thought of themselves and others.

For the sake of brevity, however, I will concentrate herein on the writings of Socrates’s student Plato and his immediate intellectual descendent Aristotle.

Plato—derided, like Socrates, by Richard Spencer’s beloved Nietzsche as an effete intellectualist—clearly thought of himself and his fellow Greeks in physical, racial terms. With due regard to Neoplatonic and Christian readings of The Republic as a deeply abstract or even esoteric text, even Plato’s Republic is founded upon physical and ethnic conceptions of what it means to be a member of a polis and what it means to be Greek. Plato famously writes in Book V that Greeks should wage war in a more tempered manner against other Greeks because they are related to those Greeks by blood. In response to his younger interlocutors, Socrates says:

We shall then say that Greeks fight and wage war with barbarians, and barbarians with Greeks, and are enemies by nature, and that war is the fit name for this enmity and hatred. Greeks, however, we shall say, are still by nature the friends of Greeks when they act in this way, but that Greece is sick in that case and divided by faction, and faction is the name we must give to that enmity.

In a passage that reads very much like the writings of Nietzsche and those who (mis-)read him in Nazi Germany (as well as those who bastardize Nietzsche in Richard Spencer’s National Policy Institute), we find that Plato and Socrates both seemed to believe that the Greeks were by nature different than the barbarians and bound to perpetually war against them.

This unsettling passage is not the only bit of proto-racialist thinking in Plato. Drawing from Hesiod’s depictions of the various races that occupied the early ages of man (and perhaps with a bit of irony inherited from his teacher, Socrates), Plato describes the structure of the classes of his Republic in often frighteningly eugenic terms. In Book II, for example, Socrates explains that the guardians literally must be bred like dogs who are friendly to those they know (i.e. other Greeks in the polis) and ferociously hostile to their enemies (non-Greeks).

Plato’s student Aristotle makes a similar but carefully qualified and corrected version of Plato’s idea of polis as a laboratory for creating a thoroughbred race of Greeks. In his Politics, Aristotle, like Plato, depicts the formation of the polis in physical, racial terms. In Book I of the Politics, Aristotle describes how a city grows up from the union of a man and woman who form a family, which unites through marriage with other families, which are, in turn, united into a city. As a side note, to this overview, St. Thomas Aquinas later will add the “kingdom” as a final political unit in his fragmentary Commentary on Aristotle’s Politics.

However, while it initially may seem that Aristotle was lured by the same racialism as his teacher, Aristotle tempers the wild, seemingly totalitarian (and proto-racialist) schemes of Plato and argues for a city built from a quiltwork of family ties, and it is in the writings of he whom Aquinas would call “the philosopher,” that we find a more carefully wrought notion of Western identity. It is not in an immense swath of people corralled into an ethnostate that Westerners, and, in fact, all humans have found their identity. It is in the small community of the polis, which itself it composed of family units. As a result, Aristotle’s commonsense correcting of Plato shows us that both the rootlessness of the left and the ludicrous ethnostate fantasizes of the alt-right are deeply misguided.

It is not in an immense swath of people corralled into an ethnostate that Westerners, and, in fact, all humans have found their identity. It is in the small community of the polis, which itself it composed of family units.

Despite what we would now recognize as genetic, linguistic, and cultural ties, neither Socrates, Plato, nor Aristotle thought of themselves as members of the same “white race” or united in blood with the Celtoi inhabiting the wilds of Europe—because such an idea of an ethnostate would be too big and thus contrary to the lived experience of humans.

It is at this point that the alt-right, white nationalists, and identarians err, for while there is an intellectually identifiable “European” “race” or “superethnos,” such an “ethnostate” has never existed. Humans thrive—as thinkers such as E.F. Schumacher and J.R.R Tolkien have wisely noted—when dwelling as members of closely-knit communities woven together by shared work, worship and, yes, even worry. Since the paleolithic period (a time much in fashion now among members of the alt-right as well as those drawn to dieting fads), humans have lived in tribal communities composed of hundreds or perhaps thousands of people. It was not simply Socrates, Plato, and Aristotle, who looked to the family, the tribe, and the polis or city for their identity. In addition to a host of spiritual, culture, and even economic forces, this sense of local community has been the driving force for much of Western culture. More than he is a Western (or white!) or even Italian, poet, Dante was a poet of Florence. Baudelaire was a poet of Paris; Dickens was a Londoner; and while he is the greatest Russian novelist (sorry, Tolstoy), Dostoevsky’s seminal works hum with the life of the people of St. Petersburg.

Therefore, the left is not wrong to argue that “whiteness” or the “white race” is an invention of the colonial period (and sadly the work of some of our American Founding Fathers).  It certainly is true that thinkers as far back as Herodotus weighed Europeans together as a collection of peoples (in fact, one of the driving forces behind The Histories is Herodotus’s attempt to explain the persistent conflict between Easterners and Westerners); nonetheless, the idea that all ethnically European people—in the United States or elsewhere—could unite into one giant ethnostate or supertribe is a laughable idea at best and a terrifying reality at the worst. To paraphrase the alt-right, this is not “Who We Are”—or who we ever were.

Humans need roots. We need a polis, a culture, and a tradition.

Richard Spencer and the alt-right movement that he jealously guards as his ideological brainchild will, despite the frantic media coverage and the occasional outburst of violence, come and go more with a whimper than a bang. As a result, the biggest question is what sort of conservatism will supersede the Alt-right when it slithers back into the nether regions of the internet. The neoconservativism that peaked during the reign of George W. Bush, even with its laudable robust defense of human life, has been, like the alt-right will be, tried in the balance and found wanting. Humans need roots, not simply in the identity of a citoyen of a republic, or as a “rational animal” or “acting person.” We need a polis, a culture, and a tradition. Hillary Clinton was not so wrong in her statement that it “takes a village” to raise a child. What Clinton meant was that it takes the welfare state to coddle a citizen from cradle to grave, but the African proverb she cited meant that humans can only flourish in a real, personal, even tribal community knit together by familial bonds and culture. And it is this bit of African wisdom from which we Westerners could greatly benefit.

From The Multiversity: Plato