Editor’s Note: Matt’s piece kicks off a mini-symposium on the question of whether localists should use social media, and if so, how. As a Twitter user myself, albeit a somewhat conflicted one, I found Matt’s essay quite provocative, so I sent it around to some FPR writers to see what responses it might elicit. We’ll run several of these over the next couple of weeks. You can view the full conversation here.–Jeff Bilbro

We localists are quite a few paces past the controversy that erupted when Wendell Berry wrote “Why I am Not Going to Buy a Computer” in Harper’s in 1987. The editors of the New Pantagruel, that mischievous uncle of the Front Porch Republic, went to great lengths to acknowledge the irony of founding a web journal devoted to localist politics and culture by designing the whole website to suggest the carnivalesque tradition, a world turned upside down. The difficulties the editors faced in the attempt to do so are even more impressive as it was published between 2004 and 2006, so far back in the digital Stone Age that Facebook had only just slouched into the world. Those were the halcyon days when Bush v. Kerry seemed to present an intolerable choice, as the bitter forum the editors hosted on that election can attest. Whether from external pressures or as a poetic flourish, the editors killed the site off with a humorous elegy for Father Jape after only a few years of existence, telling its members to go forth and be good localists in real places.

Fellow localists, these things ought not so to be.

A decade-plus after Jape became digital compost, with Bush v. Kerry drifting into the nostalgic haze of yesteryear, we routinely discuss Wendell Berry on Twitter. It is possible that he is discussed on Facebook (I haven’t checked—there are some places no self-respecting localist will allow himself to be tracked). It might even be true that we Tweet or Facebook about Wendell Berry from an iPhone. Fellow localists, these things ought not so to be.

Seeing quotations from Wendell Berry and advertisements for his work on Twitter is as jarring as imagining Burley Coulter spraying Jayber Crow from a Ski-Doo upon his return to Port William. A localist does not have to be a Wendell Berry fundamentalist to see that this is a problem. I will admit to dark visions of starting a fakeWendellBerry Twitter account and trolling anyone that posts about him on Twitter with Marshall McLuhan’s #YouKnowNothingOfMyWork!, but that seems counterproductive. 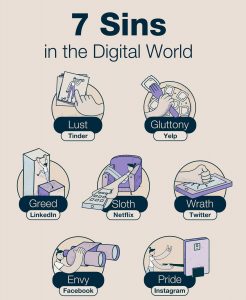 At this point, the reader might have already googled me to see just how compromised I am. I was tempted to list my compromises one by one so the reader will know where I stand, like Richard Nixon with his finances in the “Checkers Speech.” But when Richard Nixon slips into the mind as an example, one should resist the temptation and think of alternatives. Therefore, I’ll admit it: I’m a hypocrite and am complicit in more destruction, both cultural and agricultural, than I would like to admit. It would take hundreds of Checkers Speeches for me to get it all out. But at least I’m not on Twitter or Facebook (other than for a few regrettable months in 2006).

We don’t need another thinkpiece or Tweetstorm about how baleful is the world that Twitter abets, just as Berry didn’t need another study by the Department of Agriculture to know that industrial agriculture was going to be destructive. We do not need to weigh the pros and cons of Twitter with academic nuance. We localists, those of us who have at one time or many been moved to think and live differently based on our encounters with Wendell Berry, know in our bones that Twitter is not worth any more of our time. I will allow Twitter only one benefit: it is at times funny. But it is not the only platform that allows for jokes. We can even make jokes in person. I would gladly trade all the jokes I’ve heard and enjoyed on Twitter for a world without it, just as I would trade a world where our current president was still just a tabloid star for the cornucopia of satire that his presidency has bestowed as a free gift to the humor leaders of our world.

It would be tedious and depressing to evaluate Twitter by the rules Berry lists for himself when considering the adoption of a tool in “Why I am not Going to Buy a Computer.” They are generally shaped by questions regarding what is being replaced (note that Berry does use “replace” and does not seem to allow for a variation of “coexist with,” even if it seems more accurate for a time—this distinction is worthy of extended reflection). Rule 9 is the linchpin: “It should not replace or disrupt anything good that already exists, and this includes family and community relationships.” Rule 9 is particularly depressing in evaluation of Twitter because it is difficult to imagine what exactly it may have replaced or disrupted. Listservs? MySpace? Facebook? Blogs? Email? These losses we could survive. Office-cooler chat? Bulletin board jokes? Depends on the job. Conversation? We would enter the posthuman, brought to you by Silicon Valley. Community or imagined communities, Twitter is not here to make the world safe for localism.

I will admit that I, too, even without a social media presence other than an occasional mass email and a LinkedIn account to prove to employers that I exist, am haunted by the fear of missing out. I do drift into bouts of envy, but truthfully these bouts are more fleeting than the peace that washes over me when I take pleasure in the thought that it is not my fate to be among the unhappy many who are expected to have a public opinion on everything that happens in our world. Nonetheless, there are times when I worry that I will be left behind by my intellectual cohort for my refusal to maintain a social media presence, which is easier than contemplating whether I’ll be left behind for more substantial reasons. My status as a member of the club of those without a social media presence is quickly becoming the most exclusive club I’ve ever had the honor to join, but it is starting to get a little too exclusive out here. Even Sir Roger Scruton has abandoned it, though it seems likely that the task of managing his Twitter account has been delegated to one of his serfs: Stable duty in the morning, Twitter duty in the afternoon. The connections need not be stated outright.

Let’s be comforted by the thought that we localists are refusing Twitter together. There’s real communion there. We can send each other emails sometimes.

Vote with your feet and let the Twitter bots savage each other.

We can rest assured, bonded by our faith in each other’s commitment to at least forsaking Twitter, that we are closer to being localists than to being hipster localists. The distinction is simple: a localist does not have to keep the Big Ether informed of one’s commitment to localism at all times and in all places.1 Or in one’s inherited or chosen time and place. Leave a few false tracks for Big Ether and authenticate your localism instead with the people that will experience the fruits of it directly. Vote with your feet and let the Twitter bots savage each other. Don’t be collateral damage in the coming bot wars.

Berry allowed himself a chainsaw, chemical fertilizer, and a tractor on a temporary basis but also committed to feeling productively guilty about such compromises. Let’s allow ourselves the occasional blog, the web journal, and email, and also still commit to weaning ourselves off of them when we can afford to without shirking off too many honest obligations. Our contempt for the world, manifested by our itch to escape to the digital at nearly every moment, is entangling us enough as it is. Fasts won’t cut it. If Wendell Berry can pass on the opportunity to be nominated for a MacArthur Fellowship, we can risk our careers by forsaking Twitter and thinking of it with the contempt it deserves. Tell the publishers that you will not put “the invention of” in your subtitle and that you will not promote your book on Twitter. It is poisonous to our souls and our public, and no consequentialist reasoning can demonstrate otherwise unless you are deluding yourself and Berry’s work has meant nothing to you. If you are not yet convinced, let this distant memory trouble your thoughts:

Do I, then, want to write faster, easier, and more? No. My standards are not speed, ease, and quantity. . .

The professors who recommended speed, ease, and quantity to me were, of course, quoting the standards of their universities. The chief concern of the industrial system, which is to say the present university system, is to cheapen work by increasing volume. But implicit in the professors’ recommendation was the idea that one needs to be up with the times. The pace-setting academic intellectuals have lately had a great hankering to be up with the times. They don’t worry about keeping up with the Joneses: as intellectuals, they know that they are supposed to be Nonconformists and Independent Thinkers living at the Cutting Edge of Human Thought. And so they are all a-dither to keep up with the times—which means adopting the latest technological innovations as soon as the Joneses do.

Do I wish to keep up with the times? No.

The sad fact of our situation is that these paragraphs are only unTweetable because they include more than 280 characters.