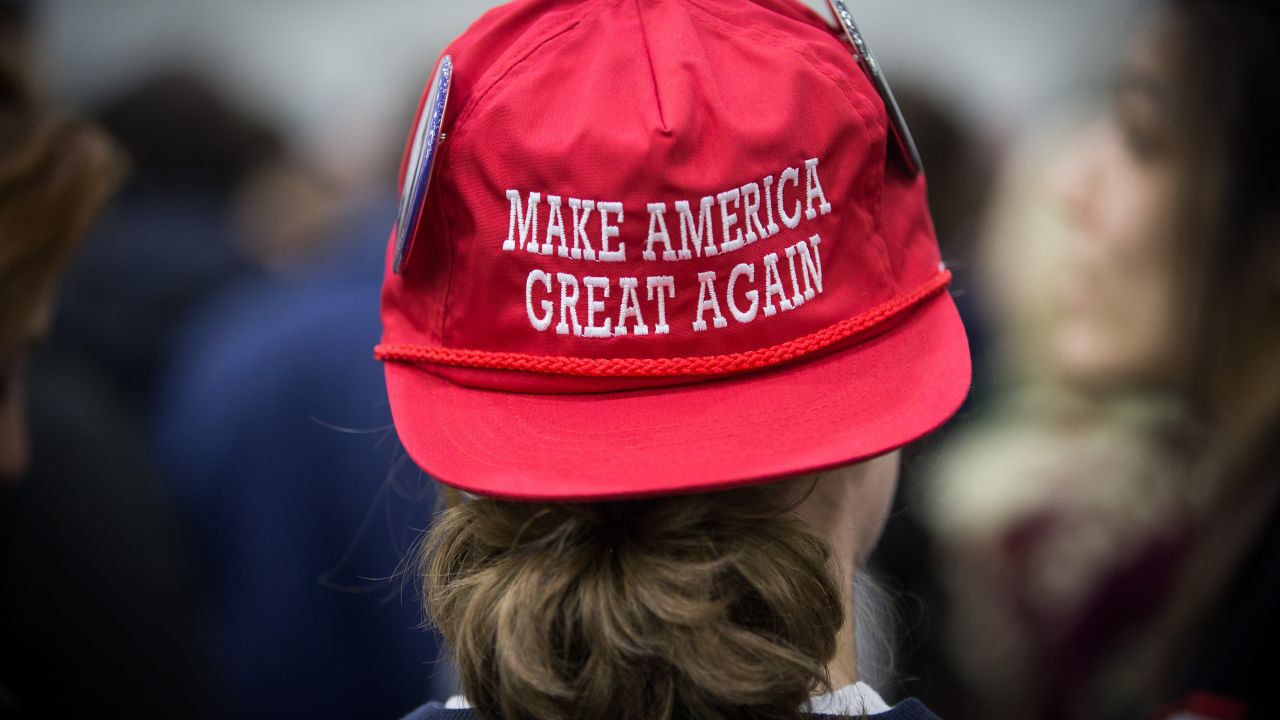 The perpetual American campaign machine has finally reached 2020, but many are still looking back and trying to understand 2016. Just how did that happen? First, J.D. Vance’s contemporaneous 2016 memoir Hillbilly Elegy was touted as a prophetic glimpse into the broken white working-class culture that helped to fill arenas and propel Donald Trump to the White House. Then, among the post-election offerings, Tim Carney’s Alienated America was one of the best. Carney traveled to various communities that were failing—places like Youngstown, Ohio with its shuttered mills—and others that were thriving—like the tightly-knit Dutch Calvinist town of Oostburg, Wisconsin. He catalogued the rise of isolation and the importance of community and religion.

In one sense, Carney’s work can be seen an updated and more anecdotal retelling of Charles Murray’s data-driven Coming Apart from 2012. (Murray essentially created his own anecdote as he transformed statistics into a narrative about the decline of a mythical place called Fishtown.) In addition to the community matters theme, Carney, the commentary editor for the conservative Washington Examiner, also focuses directly on the politics of 2016—specifically, Republican primary politics.

Carney found that where civil society was weakest, Trump’s strong-man routine was most effective. “Trump’s core vote,” wrote Carney, “was the socially abandoned voter, the person lacking strong connections to his community.” Alienated America also did much to rebut claims of conservative Christian hypocrisy because it showed that “Trump was weakest among those Republicans who go to the church the most.” One telling graph showed Trump’s percentage of the early primary vote (when many options were available) stepping up with every step down in church attendance. Thus, Trump’s lowest level of support came from those who attended weekly or more. Trump’s highest support came from those Republicans who seldom or never went to church, where he dominated with 62% of the vote. Many of those voters who seldom or never went to church were not atheists or exuberant hedonists. Instead, these were often people who self-identified as “evangelical” even though they had no active connection to a congregation. Those actually in the pews were the most skeptical of Trump.

Carney’s book provides important insights on the way Republicans acted in the primary season of 2016, but what of the post-inauguration present? Trump bet that everyone would rally around a winner, and it seems he was largely correct. Indeed, Trump the nominee demonstrated an uncanny ability to find the bottom line for important but initially skeptical constituencies. Years ago, I heard Pat Robertson say at the National Press Club that his top three priorities were “judges, judges, judges.” For many conservative Christian voters who otherwise chaffed at Trump’s checkered past, his innovative list of jurists was indeed enough to garner a reluctant vote. And when Trump actually won, some saw opportunity.

Rick Perry, in whose office I briefly worked at the start of his record-setting run as Governor of Texas, called Trump’s candidacy “a cancer on conservatism” while on the presidential campaign trail. Sometime shortly after November 8, 2016, however, the future Secretary of Energy apparently began to view cancer as a growth opportunity. (Perry is now known as one of the “three amigos” who handled Ukrainian matters for President Trump.)

Average voters also began embracing the man who once made them cringe. In late 2019, polling indicated that 93% of Republicans oppose impeachment—an effort which, if followed by a Senate conviction, would hand the presidency to one Mike Pence, not Hillary Clinton. And 82% of white evangelicals say they want to see Trump as the party’s standard bearer in 2020.

While Carney’s Alienated America took us through mid-2016, Red State Christians: Understanding the Voters Who Elected Donald Trump picks up the story and takes readers on a road trip through fly-over country under Trump’s presidency. Unfortunately, author Angela Denker’s driving is erratic, but she still passes some sights worth seeing.

Denker is an ordained minister in the left-leaning Evangelical Lutheran Church of America. (In Lutheran circles, the least evangelical denomination is the one with that word in its name.) As a pastor and a journalist who has written for publications ranging from Sojourners to Sports Illustrated, Denker fancies herself as one who spends “a lot of time listening to people—really listening.” Sometimes in Red State Christians Denker does. And when she steps back and lets her subjects speak for themselves, she captures some insightful moments. Too often, though, Denker doesn’t listen but instead chooses to preach: Denker rains down the post-modern equivalent of fire and brimstone against those she deems not affirming enough of gay rights and female clergy.

Denker started out her journey hoping to talk to some big names with widely varying opinions on President Trump. Here, her success rate was rather paltry. She writes much about Russell Moore, the once outspokenly Trump-critical head of the Southern Baptist Ethics and Public Policy Commission, but does not talk with him. Nor does Saddleback Church founder Rick Warren or Robert Jeffress of First Baptist Dallas have any comment for her. She does, however, score a rare interview with Paula White, one of the President’s favorite spiritual advisers.

More interesting than the big-name hits and misses, though, are the everyday but often extraordinary people that she meets along the way. Some are firmly in the Trump camp; some are frustrated by their friends who are; and some are somewhere in the complicated middle that still exists even during these days when polarization is regularly presented as a virtue.

Denker at her best introduces us to people like Bill Kramer, the longtime head coach at Florida football powerhouse Naples High. Kramer is a Liberty University graduate, a father figure to dozens of poor and minority students who have played for him, and a spiritual mentor to other coaches who attend the Bible study that he hosts. Denker tells his story sympathetically and lets this general election Trump voter voice his own frustrations over Jerry Falwell, Jr.—the president of Kramer’s alma mater—coming out early in support of “that sorry guy.” Denker likely disagrees with Kramer’s traditional view of the sexes but she sees in him an underlying respect for women and so she calls him one of the overlooked “voices that could lead to consensus.”

She offers a similarly sympathetic listening ear to people like Pam Nicholson with whom she talks at the 2017 March for Life in Washington, D.C. Denker lets Nicholson, a first-time marcher, chronicle her own transition from being a pro-choice nominal Episcopalian to one who realized that “life begins at conception, not when I want it to begin.” Denker found Nicholson, who did not vote for Trump but by time of the march described herself as “thrilled with his politics,” to be emblematic of her surprising experience at the event overall. At the March for Life, Denker demonstrates the admirable ability to see past her initial preconceptions. Expecting a “thinly veiled Trump rally,” she instead reports applause for then-Speaker Paul Ryan that exceeded that for President Trump, found only five MAGA hats amid the thousands, and instead talked with several who were initially ambivalent about Trump and had only become more supportive in response to his policies.

As she crisscrosses the country from Appalachia to Orange County, Denker uncovers enough other interesting subjects to make the book worthwhile. Be warned, though, because this self-described “feminist Christian” can at times be a frustrating read for the more socially conservative. Denker certainly has her axes to grind against what she sees as an often misogynistic conservative church culture. “Trump’s comments on the [Access Hollywood] bus,” writes Denker, “were nothing compared with what Evangelical women had dealt with in the church for generations.” When she encounters Thomas More College, a conservative Catholic liberal arts school in New Hampshire, with what she sees as its “disdain for people who were gay” and “odd division of the sexes” (apparently the fact that dorms do not mix genders on the same floor) she can only think of The Handmaid’s Tale.

Despite its choppiness, Red State Christians takes readers to places they might otherwise not go and exposes them to the subcultures that help to elect President Trump. Some of these are quite fascinating and unexpected, such as the Trump-backing world of Arab Christians she finds in Houston, Texas. Overall, the more Denker feels like a fish out of water, the more likely she is to listen and report fairly. The more white and patriarchal the environment, the more likely one will see a polemicist at work. The author has her own alienations to work through, and while that detracts from the book, her offering still makes a fascinating appetizer as Trump and the Democrats prepare to carve each other up in the 2020 election cycle.

Thinking about the Post-Pandemic (and, Maybe, the Post-Suburban) Neighborhood

What He Saw in America: G.K. Chesterton’s View of the United States

Death of a Farmer