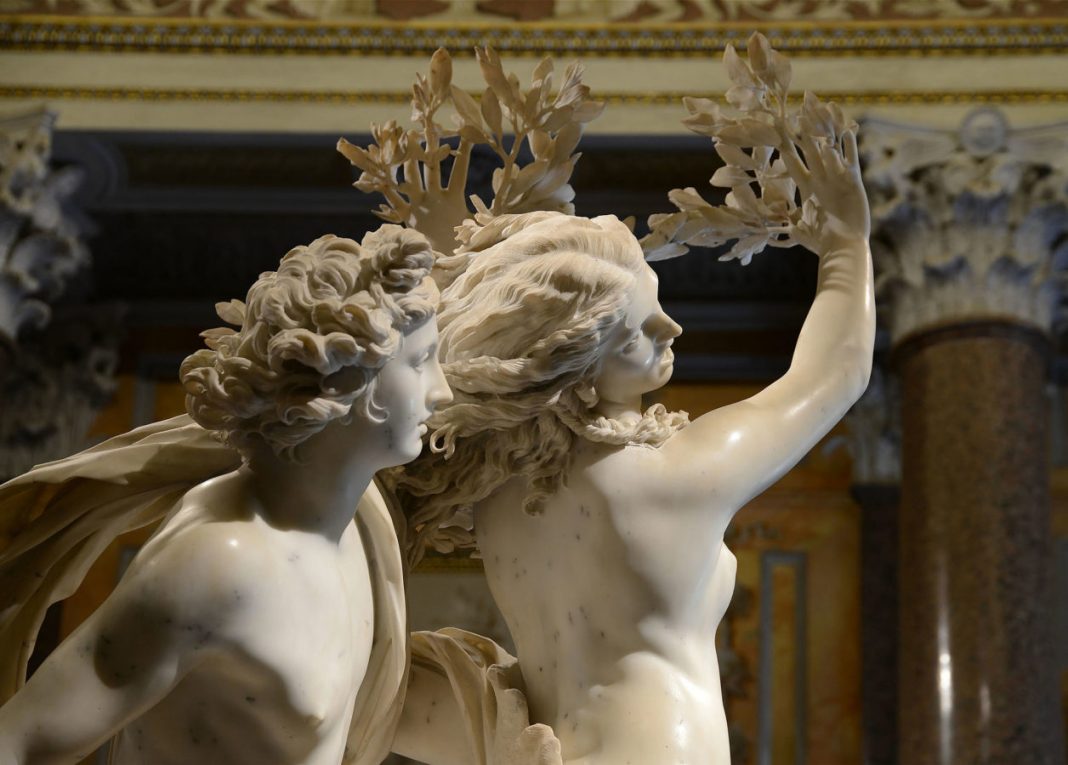 While the #MeToo movement has been working its way through society, some university instructors may be wondering how it will affect not just campus culture, but class syllabi. After all, academia has its own notorious but familiar offenders, including the canon. In my university’s honors program, our students read Tales from Ovid in the second semester of their first year. So last spring, in a classroom with a majority of young women, we read and reflected on stories like “Callisto and Archus.” Callisto, an attendant of Diana, is raped by Jupiter and then cast out by Diana for the loss of her virginity. Ted Hughes’ translation of The Metamorphoses does little to obscure the brutality of the tales.

A kiss more than maidenly, that roughened—
A kiss that, as she tried to answer him,
Gagged her voice, while his arms tightened around her.
Straitjacketing her body, and his action
Revealed
The god—irresistible and shameless.
Callisto’s piety had limits.
She fought. If Juno had seen how she fought
Her final cruelty might have been modified.

Critics of the canon accuse it of perpetuating outdated or offensive ideas and privileging the voices of dead, Western male authors whose writings center the importance and perspective of people like themselves. That is indeed the nature of Ovid’s The Metamorphoses and its unvirtuous worldview. In Tales from Ovid, relations between and among humans and gods are driven by base instincts and plots are driven by violence, very often rape. Sex is about power more than pleasure and the enjoyment of it is almost exclusively the privilege of gods and men. These stories about the nature of the world, and how things came to be, treat injustice and abuse very routinely. For some students, Tales of Ovid can be hard to read. For all faculty, it is hard to teach.

Ovid is a perfect example of why we read the canon and why we so often hate it. Our honors program encourages students to think about the “Great Conversation”—the ways that authors and books communicate across centuries. And Ovid is everywhere. Students are steeped in his stories whether they know it or not. He is just below the surface of Chaucer and Shakespeare. He is the master puppeteer of My Fair Lady. Reading Ovid can help students see the ways in which ancient literary themes and worldviews have crossed into different time periods. It also helps them understand the role of gender and class hierarchies in ancient Rome. There may or may not be enough reasons to justify teaching Ted Hughes’ Tales from Ovid.

But whether it’s Ovid or not, for almost all faculty, there is at some point an uncomfortable author or text which must be taught. Even in schools and programs that have abandoned the canon, there is no shortage of authors or material that are offensive without being obsolete. There are entire courses which deal only with difficult subjects. And just as Marx wrote that men make their own history but not in circumstances of their choosing, neither do all faculty teach within the curriculum of their choosing. The books assigned to students may very well also be assigned to instructors. In many classrooms, instructors find themselves like Pip in Great Expectations, beholden to one with a disreputable past.

As difficult as some content is to teach, we have a responsibility to educate our students about the past, good and bad. A curriculum which leaves out the bad would gaslight our students. In The Fire Next Time, James Baldwin wrote that many people who perpetuate racism “are, in effect, still trapped in a history which they do not understand; and until they understand it, they cannot be released from it.” Students are better able to understand and address the issues of our culture when they have awareness of their roots and complexity.

Most of the debate about the canon and problematic texts has centered on what to teach, but that debate should not eclipse discussion of how to teach. Warnings and exclusions are sometimes warranted, but students should still be invited into the process of learning how to use difficult books to discuss difficult subjects when necessary. In my honors class, that meant taking time to address the subject matter of Tales from Ovid and asking students how they thought it could best be approached. Acknowledging discomfort increased students’ empathy toward each other; students considered the ways in which their peers saw connections between themselves and the stories. This didn’t just make them more considerate, it helped them understand the ways that books are more than just lifeless words on a page, they carry living ideas which shape our lives.

Acknowledging the power of the text increased respect for peers and the printed word. Very importantly, Ovid gave the class an opportunity to reflect explicitly on what it means to read the canon and the purpose of education. It created space to emphasize that reading a book need not be the same as embracing its author and values. The inability to embrace Ovid actually helped students cultivate a more critical approach to reading. It was one of our best books for discussing subtext and bias. Tales From Ovid opened students’ eyes to the past and introduced discussion of the history and the role of violence and misogyny in Western literature and culture.

It is not possible to avoid all problematic books or authors. Neither is it desirable to excuse or embrace them. Our best teaching happens in the space between grieving and gaslighting our students. We should thoughtfully examine all that we assign and consider how students may relate to readings. But there will always be challenging content that we must learn to handle in a sensitive manner. When it comes to difficult books, we need to think as much about how we teach as we do about what we teach.