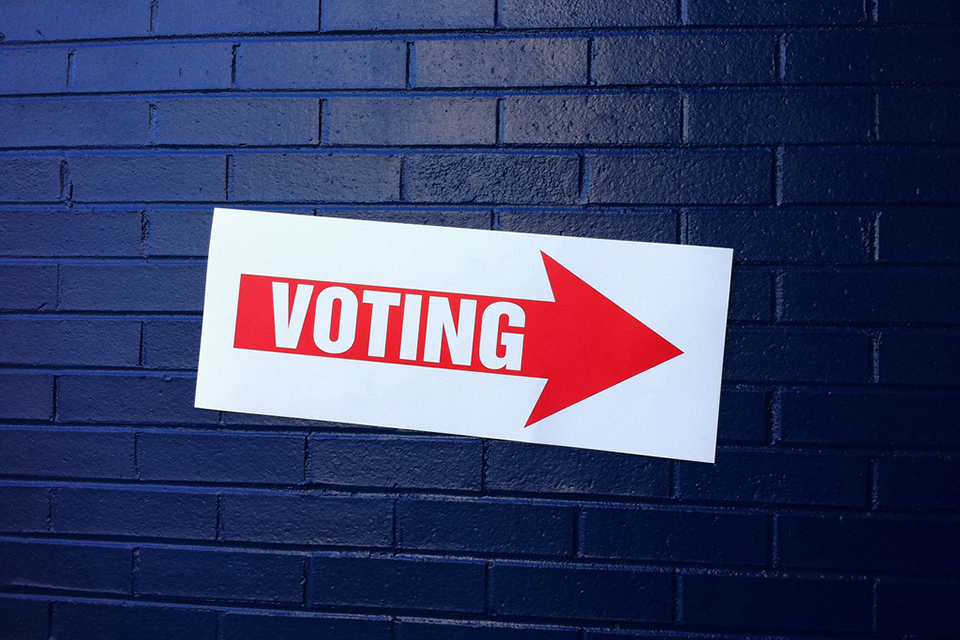 Klaten, Central Java. Every four years, our country undergoes a prolonged period of insanity called a presidential election campaign. Why does this happen? And what can you do about it?

I don’t know why it happens. The two-party system (which took its present form when the Republican Party was founded as the anti-slavery party in 1854) seems more and more like a choice between Tweedledum and Tweedledee. We have had two changes in president since George W. Bush terrorized his own populace with a “war on terror” but we’re still at war in Iraq and Afghanistan.

Real wages per hour, adjusted for inflation, have been flat for decades. Democrats scream about the electoral college when they lose, but they remain mysteriously silent about changing it when they win, such as when Barack Obama enjoyed a supermajority. In other words, neither party has an incentive to take bold action when they can win elections by merely promising to change the status quo.

Is there anything you or I can do about it? Yes. Look for a meaningful choice: a third-party candidate whose viewpoints resonate with your own sense of what’s right and where our country needs to go.

Of course, it takes some courage nowadays to vote for a third party. Each of the two main parties has become increasingly shrill, with desperate calls to “vote for the lesser of two evils” (while oblivious to the fact that the other party is saying the same thing).

People who believe in this tiresome meme often become militant about alternatives and try to bully their friends and family with dire predictions about the Supreme Court. In fact, justices have a finite lifespan and odds are that every president will appoint at least one, so the composition of SCOTUS is always in flux.

One sign of bullying is when someone vehemently says to you, “How can you say that?” or “How can you not do this?” Neither of those sentences is an actual question but rather an imperative disguised as an interrogative. Instead of demanding conformity, a friend or rational acquaintance would ask, “What is the reason for your choice?”

A democratic election is essentially an exercise in the Golden Rule: you accept the result (respect the government’s legitimacy) if your candidate loses, because you expect that those who vote differently from you will accept the result if your candidate wins. But we don’t hear that nowadays. Instead we hear slogans like “elect/defeat X by any means necessary.” Any means necessary? That sounds like a fanatic whose ideology trumps all moral principles.

The simple truth is that the only way a new party can emerge is if enough people vote for it and give it strength. The past 108 years have seen four elections when >10% of the voters chose a third-party candidate for president. In 1912, the winds of change were so strong that incumbent President Taft came in third!

These examples of modest success, and even examples of lower vote totals, are often blamed for the loss of the “correct” candidate in certain elections. A prime example would be Al Gore losing to George Bush in 2000 “because Ralph Nader took away votes that Gore was entitled to.”

However, close analyses of the election, especially the disputed state of Florida, indicate that this talking point is false. In fact, 12 times as many Florida Democrats chose Bush as chose Nader, so the Democratic voters are the ones to blame for Gore’s loss of the state. Further, CNN exit polls showed that Nader took about the same number of votes from Bush as he took from Gore.

The concept of “entitlement”—the Democratic Party is entitled to your vote because you’re a minority, or the Republican Party is entitled to your vote because you own a prosperous business—suggests a kind of dullness on the part of the two major parties, who prefer to take voters for granted and not listen to their needs. In other words, the parties don’t change, except to resemble each other more and more as time goes on.

Supporting a third party, on the other hand, is one way of advocating for long-term, structural change. Here is a 2010 appeal by Chris Hedges to vote for the Green Party: “A shift to the Green Party … will not be a quick fix. It will require years in the wilderness. We will again be told by the Democrats that the least-worse candidate they select for office is better than the Republican troll trotted out as an alternative. We will be bombarded with slick commercials about hope and change and spoken to in a cloying feel-your-pain language. We will be made afraid. But if we again acquiesce we will be reduced to sad and pathetic footnotes in our accelerating transformation from a democracy to a totalitarian corporate state.”

I’m not endorsing the Green Party of the United States here. I’ve voted for some of their candidates in the past, but the party only seems to go for the gold ring of national office and doesn’t field that many candidates for local offices, in contrast to the much more successful Green parties in Germany, Netherlands, and other parts of Europe. To focus only on the big prize and not the intermediate steps of building strength seems arrogant to me.

Ironically, a more local approach to saving the environment was offered by the late British conservative Roger Scruton: “There is no political cause more amenable to the conservative vision than that of the environment. For it touches on the three foundational ideas of our movement: trans-generational loyalty, the priority of the local and the search for home.”

The reason I’m addressing this to people under 40 is that you might not have heard the dogmatic memes “vote for the lesser of two evils” and “don’t throw away your vote” enough times to realize they’re a form of bullying. If you don’t believe me, just test it—mention that you’re voting for a third-party candidate and see how your friends and family react. Vote your conscience. That’s the course of action that you will feel the most pride and least regret about as the years go by.

When Foot Voting is Necessary: A Review of Free to Move