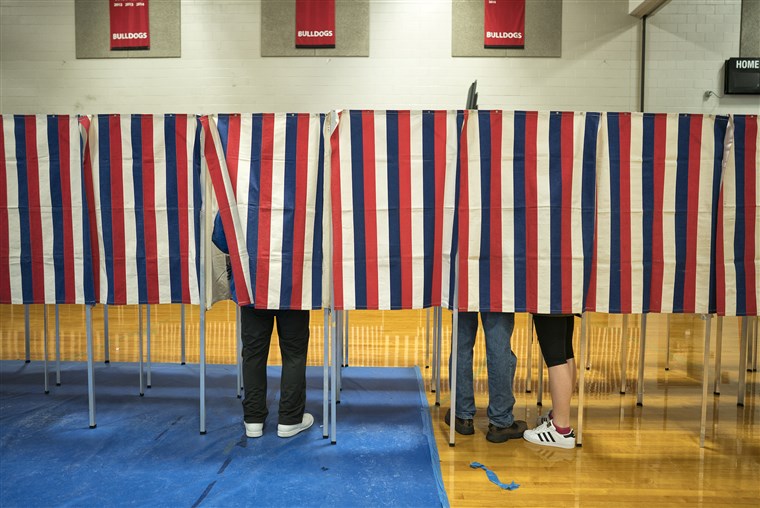 I’m not asking what candidate you support. What I am asking you to consider is what does your vote constitute?

This question was spurred by Jeff Bilbro’s thought-provoking essay here at FPR. And I don’t necessarily take exception to what he wrote. I will take exception to something he ascribes to his friends. In his Q&A with Mr. Carroll, he wrote, “I have friends who tell me that voting for a third-party candidate is just throwing away my vote.”

I do endorse Bilbro’s response to his anonymous friends that third-party voting is an effective means of communication. However, I think something more needs to be drawn out about what it means to vote in this particular nation. I’ll state my thesis clearly: voting is NOT about winning an election. Casting a vote is saying, “I want this person to represent me as my proxy.”

With everything going on in this current polity, it’s a wonder anyone can still find it within themselves to support the people who present themselves in the two-party system. Motivations for voting vary, but let’s examine this notion that our vote can be thrown away.

Casting a vote for a third-party is not fruitless because winning an election is not what voting is ultimately about. When all votes are counted, who won is a byproduct of an American citizenry voicing who they want to represent them. Voting is a form of endorsement, an act of public witness; it is not a chip to pile with others in hopes of winning.

If citizens are voting for the purposes of winning, they’ve accepted bad political rhetoric. In an interesting, but slightly dated, New York Times article, still-relevant research by Casey Mulligan and Charles Hunter shows the chances of someone’s vote actually impacting an election is astronomically small. Mulligan and Hunter analyzed at least 56,000 Congressional and state-legislative elections going back to 1898. Here are some of their findings:

The Times article also pointed out that in close high-profile elections, the voters don’t decide.

The closer an election is, the more likely that its outcome will be taken out of the voters’ hands — most vividly exemplified, of course, by the 2000 presidential race. It is true that the outcome of that election came down to a handful of voters; but their names were Kennedy, O’Connor, Rehnquist, Scalia and Thomas. And it was only the votes they cast while wearing their robes that mattered, not the ones they may have cast in their home precincts.

Yes, there is a collective result. That’s irrefutable. But I contend that the result should not be our motivation. We have the hard-fought privilege of voting in the United States in order to communicate who we each say should be our representative; when our vote becomes part of a calculation regarding who we think can win, we lose an opportunity to communicate who we actually want to represent ourselves.

To the objection that if I don’t vote for someone who has an actual chance of winning, aren’t I relinquishing control of government to people I don’t want to represent me? To those folks, I’ll ask if they feel they have any control over our federal government now or in the last several decades. The evidence is starkly contrary, in my opinion, that voting allows U.S. citizens to have any control over government. If we are voting to win, then our vote is very nearly meaningless.

To the objection that voting is the way a citizenry exercises accountability, I’ll give you Jennifer Victor’s thoughts, with whom I agree. She is an associate professor of political science at George Mason University. She wrote in the Mischiefs of Faction blog: “There are good reasons to vote and good reasons to hold elections, but ‘because that’s how we hold representatives accountable’ is not one of them. There are at least three big reasons why elections are imperfect mechanisms of accountability: limited agency, limited cognition, and oversensitivity.” For her full explanation of these three reasons, here’s the blog post where they appeared.

For me, this came to a head during the last presidential campaign and election. Notwithstanding the pleas of many of my evangelical brothers and sisters, I took a stand and refused to vote for either of the two front-running presidential candidates because neither one represented me. I voted for a third-party candidate who came the closest to representing me. In my mind, that’s not only meaningful, but communicates to the larger system. In no way did I feel my vote was wasted.

There’s also a significant reason this is important to me. I claim to be an evangelical Christian. I believe I am accountable to God for my actions. An important action I take is when I endorse someone with my vote and, if elected, authorize that candidate to represent me in my stead. If I vote for someone, I’m saying this person’s actions represent me. Therefore, I’m also held accountable, to a degree, for what my representative does in office since I endorsed them as my proxy.

To those who claim that it is a civic duty to vote, I don’t believe there is a duty to vote. There is a right to vote, but no duty. You can’t force (socially or otherwise) me to vote for someone who does not represent me. That’s coercion worthy of the worst regimes we may point to. But, if you can find a candidate who you feel good enough to say, “this is my proxy, this person will make decisions for me on my behalf,” then by all means vote for them even if they don’t belong to either of the major political parties. But, for goodness sake, don’t vote with a tabulation of ballots in mind.