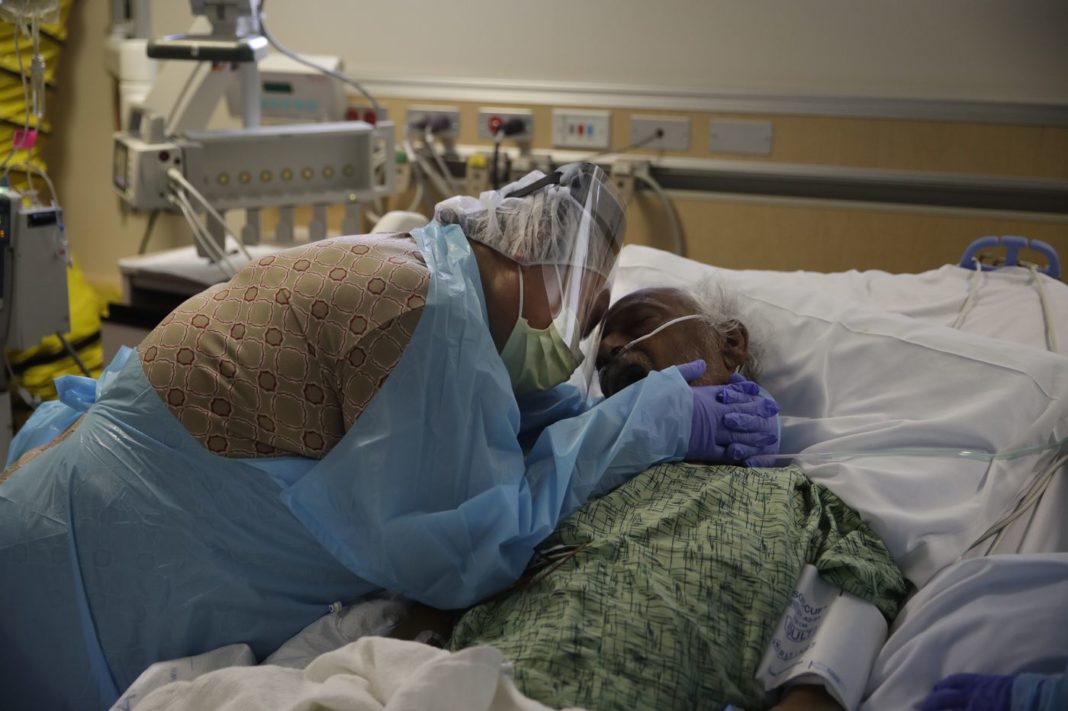 Jackson, TN. American public bioethics is a complicated field full of controversies, crises, and court cases. It can be difficult to understand any of the seemingly isolated and inconsistent challenges, let alone move to bigger questions, such as what it means to be human. O. Carter Snead, Professor of Law and Political Science at the University of Notre Dame, insists in What It Means to Be Human that the major issues in public bioethics can all be traced to the same problem: we’ve become “forgetful of the body.” He argues “that for both their basic survival and their flourishing, embodied (vulnerable) human beings depend on networks of ‘uncalculated giving and graceful receiving’ constituted by other people who are willing to make the good of others’ their own, regardless of what this might offer by way of recompense” (7). Such an approach helpfully reframes the major issues in public bioethics.

In the first chapter, Snead provides a history of American public bioethics to establish his claim that it has been built on a deficient anthropology. He argues that three events catalyzed and created American public bioethics: Henry Beecher’s 1966 article revealing various abuses of human subjects in research, the Washington Evening Star’s 1972 exposure of the Tuskegee Study of Untreated Syphilis in the Negro Male, and a 1973 article in the Washington Post detailing research on still-living babies who had been aborted (16-17). Government commissions began working toward standards for bioethics and solutions focused primarily on autonomy and self-determination. Snead then shows how the history of American bioethics from the 1970s to today has continued a reactive approach revolving around various controversies related to three primary vital issues: “the legal and policy disputes regarding abortion, assisted reproduction, and end-of-life decision making” (41). This section includes numerous controversial cases, decisions by states, the Supreme Court, and various presidents. Snead concludes with his charge: “At its foundation, American public bioethics has a reductive and incomplete vision of human flourishing and identity, and because of this it is unable to respond fully and coherently to the challenges intrinsic to the individual and shared lives of embodied beings, namely, the experience of vulnerability, dependence, and natural limits” (64). He turns next to his proposal for a correct anthropology in the second chapter.

Before constructing his proposal, Snead expounds on “expressive individualism” as the regnant anthropology of American public bioethics. Drawing on such scholars as Alasdair MacIntyre, Charles Taylor, Michael Sandel, and Robert Bellah, Snead argues that most people view themselves as isolated individuals who determine their own path through life by expressing their own desires. According to Snead, this viewpoint sees the individual as the fundamental point of reality, and it separates the will from the body, insisting that the will determines everything rather than natural “ends” or communitarian connections. The biggest problem is that this perspective “forgets the body” and ignores the vast networks of dependence that define human life. Expressive individualism fails because it can’t make sense of actual lived experience—the experience of embodiment, dependence, vulnerability, and limitation (88).

Snead proposes a solution: “re-membering” (beginning on p. 97). We must remember that we entered this world dependent, we become moral agents by learning to become dependable (and thereby helping others), and we all should expect a life trajectory that returns us to a state of dependence upon others. This stance, he argues, makes better sense of lived human reality. Therefore, we should embrace it and pursue virtues of gratitude and generosity that appropriately thank those on whom we have depended while also helping us grow into moral agents who help others. He centers this on the concept of friendship, “understood as a relationship of persons who make one another’s goods their own.” Furthermore, “Friendship, in this sense, is an essential good for the flourishing of embodied beings” (102). This new vision and framework will provide more promising legal groundwork for considering the three vital issues that have preoccupied American public bioethics: abortion, assisted reproduction, and death and dying. He devotes a chapter to each in order to demonstrate the promise of his framework.

First, Snead explains the issue at hand in depth. For abortion, he traces the main six Supreme Court cases that have shaped the way that abortion is considered in the United States. With ART, he explains the history of various procedures as well as how they work. Then, with regard to death and dying, he distinguishes between refusal or termination of life-sustaining measures and assisted suicide. He covers relevant court cases, as well as turning points in public opinion. In each of these sections, Snead does an excellent job of expounding the legal issues in play, since the law his primary concern. At the same time, he keeps these discussions clear enough that someone without the legal background can still follow along easily.

Second, each chapter follows the issue itself with an explanation of the implicit anthropology that underwrites the legal framework and public conception of each issue. Abortion, ART, and death and dying all depend on the anthropology that Snead has already noted: expressive individualism. For abortion, the mother and child are considered strangers, with the will of the woman taking precedence over everything else. In ART, identity and flourishing are rooted in the desires of individuals (typically, the adults desiring children). And with regard to death and dying, both the removal of treatment and assisted suicide rest on the autonomous will of the suffering patient, as far as it can be discerned. In each case, Snead makes a compelling case that the legal discussion is built upon and reinforces a deficient anthropology, one that is “forgetful of the body” and considers the autonomous will as the determining factor.

Third, Snead concludes the chapters by advocating an anthropology of embodiment. This anthropology recognizes that all humans exist on a “scale of disability,” “with their powers waxing and waning according to age, health, and circumstance” (229). All humans are vulnerable and dependent upon networks of care. The law, then, should be built around this anthropology and seek to make sense of and support such networks. For the abortion issue, this means not only that the pre-born child should be protected, but that the mother should be seen as vulnerable and dependent upon the father of the child, family, friends, employers, and others. In considering ART, Snead sees this network expanding to include a large group of “parents”—each of those involved with the various techniques and procedures. Vulnerability and dependency also change the way the law considers death and dying, recognizing that the person near death is in a vulnerable state where they might not be able to express their “autonomous will” but instead need the support of a network of people. What people need the law to do is “to strengthen and support the networks of uncalculated giving and graceful receiving that cared for him when he was radically dependent as he entered the world, and will do so again as he leaves it” (267). Focusing on such networks and the virtues needed to sustain them reorients American public bioethics.

Snead does an excellent job of explaining American public bioethics, its underlying anthropological mistakes, and the need for a fuller anthropology. He writes the book as a proposal for the public square (10), so I’ll limit my critiques to what would be fair from that context. First, Snead assumes but does not argue for his anthropology of embodiment as not only descriptive but also normative. When he describes a “scale of disability,” necessary limitation, and a need for networks of care, I could certainly imagine transhumanists, posthumanists, and others saying, “No, Professor Snead, those are exactly the elements of being human that we need to work beyond.” I’m not sure how he would engage that argument, because he treats the anthropology of embodiment as a given, based on common experience, that we should not move beyond.

Second, while Snead’s legal expertise and analysis clearly demonstrate the limited anthropology that underwrites the current legal context, it is not clear whether he thinks legal changes can address the issue, or whether the legal framework itself is “downstream” from a popular anthropology that can only be addressed in other ways. In other words, I agree that the law is built on a deficient anthropology. But I’m not sure changing the law to support networks of care is one of the early steps to addressing the problem. Admittedly, Snead does not try to answer the “how” questions in the book—each chapter contains an acknowledgement of how complicated addressing the issue would be—but he does occasionally gesture toward legal changes in support of a renewed anthropology. I’m not sure there are as many options for how to address these issues in the public square as Snead seems to imply.

I can’t help but wonder how this “expressive individualism” might be shaping our current public experience of COVID-19. Two thoughts jump immediately to mind. First, mask-wearing has certainly been tied to individual expression. You can’t wear—or not wear—a mask without being categorized by assumed political associations. In fact, these very decisions interject and interrupt the few community gatherings we are able to have, even worship gatherings that don’t require masks but include small minorities of people who still wear them nonetheless. It’s alienating. Second, a big part of the public debate centers on how mask mandates relate to individual freedom. Freedom to take risks, calculated or not, freedom to assemble, and various others. Snead would challenge us not to forget the body and its vulnerability. His anthropology of embodiment would cut across our current divides in an interesting way, reminding us that we’re all on the way to death, but also reminding us that we do not create our moral agency simply by asserting our freedoms. If we re-membered the body, we might have a more interesting, though no less challenging, public conversation.

In the end, Snead provides a clear vision for what limits American public bioethics today. He explains the medical issues, the legal issues, and the ethical issues with clarity and precision. The way forward is as complicated as he states, but this work at least provides a compelling diagnostic starting point, calling us back to our own networks of dependence and encouraging us to pursue friendship, particularly in the most challenging and vulnerable contexts.